Coaches Across the State Wait for UIL Announcement on 2020 Season

It has been a whirlwind of a week and a half for teams, coaches, and players across Texas and the dust isn’t settled just yet as the fate of the Texas high school football season continues to hang in the balance. 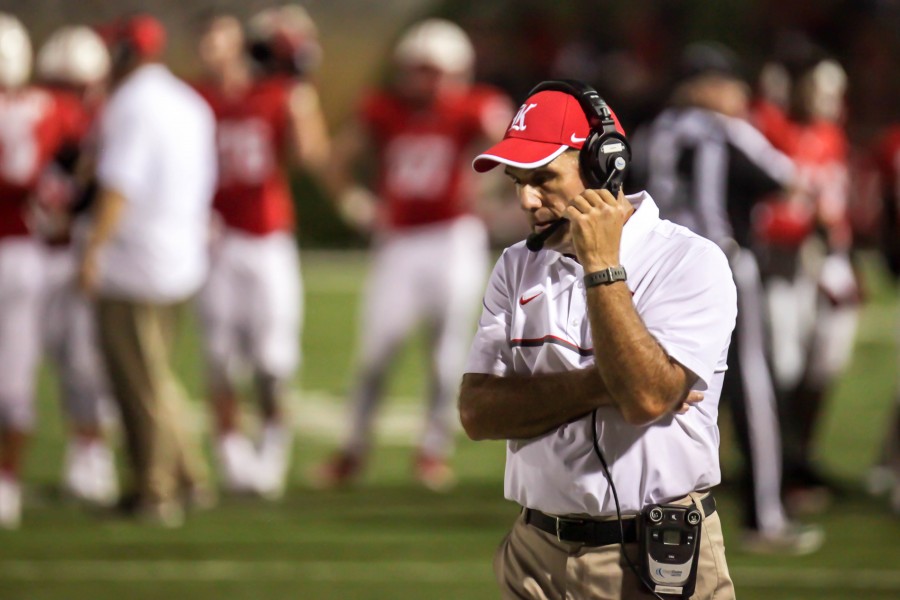 It has been a whirlwind of a week and a half for teams, coaches, and players across Texas and the dust isn’t settled just yet as the fate of the Texas high school football season continues to hang in the balance.

The first two big announcements came last Thursday, July 9th, affecting teams in west Texas.  One came in New Mexico as Governor Michelle Lujan Grisham announced that fall contact sports, including football, would be postponed until at least the spring. While at first glance this would seem to have little impact on Texas, this announcement actually affected 19 UIL teams and 21 scheduled games.

“The geographic situation for El Paso schools keeps us depending on New Mexico communities for local sporting contests.  Any of the other schools near our enrollment numbers, happen to be in our athletic district, so we rely very heavily on some of the closer New Mexico schools for games,” Clint Mountain View head coach Gary Rundell, whose team had three games scheduled against opponents from New Mexico, explained. “It is an interesting set of circumstances, and we welcome those different rivalries.”

The other announcement came in El Paso County from the City/County Health Authority of El Paso, who issued a health order that delayed the start of in person learning until at least September 8th, meaning extracurricular activities cannot begin until face-to-face learning resumes.

This affected over thirty UIL teams across nine school districts and was the first big announcement across the state postponing the beginning of in person instruction.

Needless to say, these announcements have been big blows to the hopes of having the traditional eleven-week Texas high school football regular season start on time, leaving coaches in a tough position as they continue to prepare their players for an opening game and season that they don’t have an exact date for.

“As the uncertainty of any kind of season unfolds before us, and our seniors see their impending season possibly shortened or doomed, it remains a monumental task for us as coaches to be that beacon of light and promote a healthy lifestyle, promote at home workouts, and mentally prepare our young men for if and when the season hits,” Rundell said.

“My trainer and I are texting questions and answers about physicals, start up dates, etcetera,” Rundell said. “And it comes to mind that no matter how much we plan, these plans are bound to fail due to an uncertain start date, and the possibility that these seasons may not happen.”

As this uncertainty continues to reign, one thing is for sure. School districts and the UIL will do everything in their power to try and ensure a football season occurs in a safe manner at some point this school year because there is a lot on the line besides wins and losses for those who suit up between the white lines on Friday nights.

For some players, it will be their chance to play at the varsity level after years of hard work. For others, it is a chance to earn scholarships that will give them a chance to continue their education and their football career at the next level. And for seniors, it could be their final time stepping on the field for a competitive football game. After losing the end of the spring sports seasons, the UIL will certainly try its hardest to ensure that same result does not happen to this year’s football season.

These are unprecedented times and it will likely take creative solutions to ensure that the season occurs in a safe manner. There have been propositions ranging from a delayed start to the season to certain classifications playing in the fall, while larger schools play in the spring. After a week full of announcements pushing back extracurricular activities and with all these questions and rumors that continue to circulate, there will be hopes for clarity and a timeline for the 2020 high school football season soon as next week’s potential announcement from the UIL looms.