Conroe Oak Ridge Pulls Away From Klein Forest In Second Half 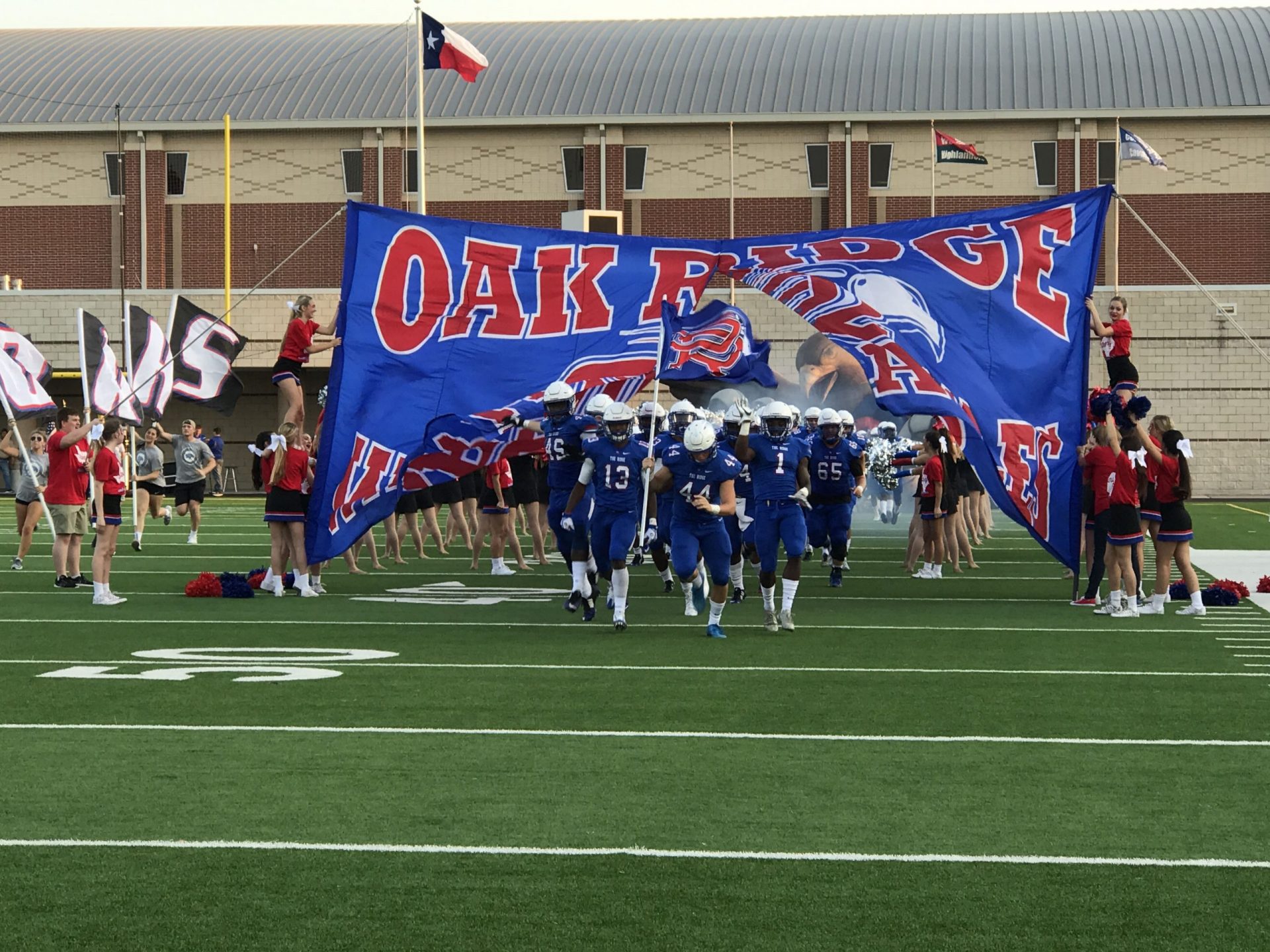 It was an ugly offensive game for both sides in the first half. Besides a 69-yard rushing touchdown by Kendrick Johnson for Oak Ridge and a 28-yard touchdown catch by Crayg Fletcher for the Golden Eagles, neither offense could get much done. Thanks to tough defensive play and early special teams’ success Oak Ridge went into the second half ahead, 21-14. Klein Forest’s defense started tough as they focedg multiple turnovers before the break.

After halftime, Oak Ridge changed quarterbacks and ran away with the game. Led by senior quarterback Reinard Britz taking over for Bishop Durst, the offense finally sparked, scoring touchdowns of 5, 63 and 65 yards. The defense, led by four-star Joseph Ossai (2 sacks, 4 tackles for a loss) held their own, allowing only one play over 25 yards, which came in the first half.  For Klein Forest, they started slow out of the break and couldn’t make much happen the rest of the game on both sides of the ball.

The game was dirty for Klein Forest, but they had a few bright spots. Crayg Fletcher had an outstanding game with Forest’s two lone touchdowns, a 51-yard punt return and a 28-yard receiving touchdown. In addition, he had a 47-yard kick return in the third quarter, along with a 7-yard catch. Quarterback Chad Heggar has a great arm that will be hard to defend against going forward. Defensively, there’s great potential for this team, they’re young and their season is too.

Oak Ridge will be a team to watch in District 12-6A with their gritty defense. When they can overcome mental errors, their offense is dangerous. Whichever quarterback they decide to go with will have plenty of options as running backs Nick McCants and Kendrick Johnson shined, as well as wide receiver weapons in Tanner Lacy and Darrius Jelks. They head into district play undefeated, and with a chance to sneak into the playoffs.