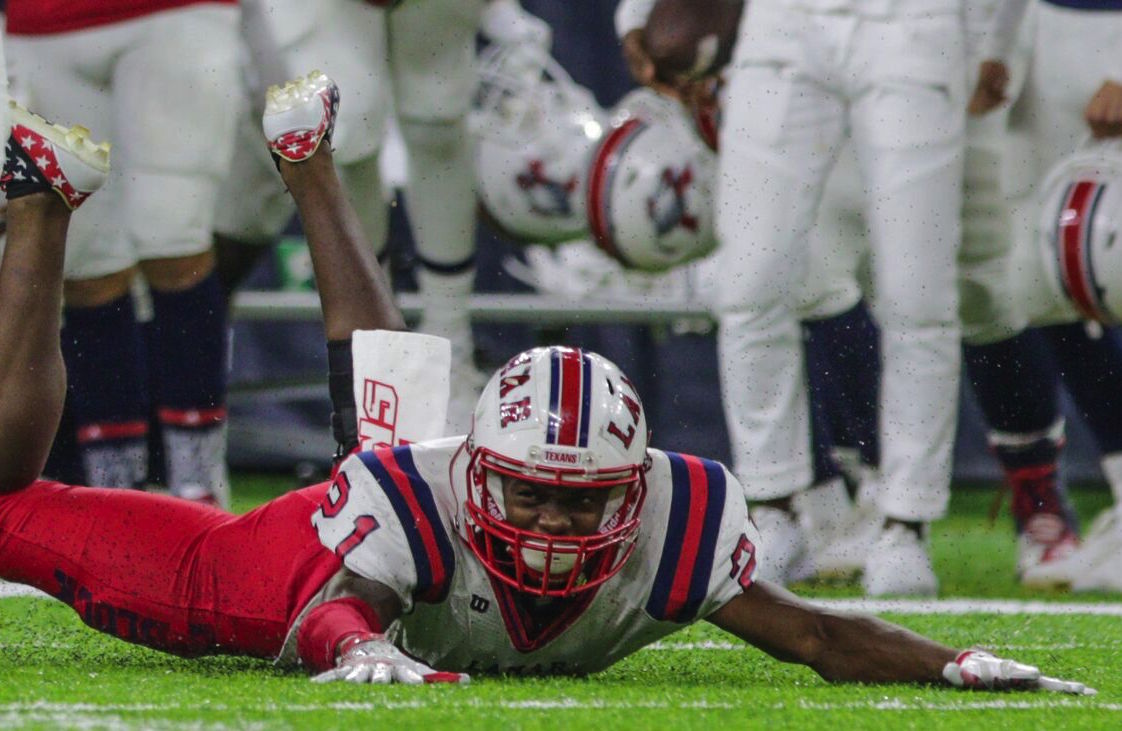 There are many schools throughout the nation that lay claim to the distinction of being Defensive Back University — a single solitary place from which talented cornerbacks and safties spring seemingly eternal.

The Bayou City, may hold the answer to the question for the Lone Star State: Where is DBU?

Whether it’s Texas, LSU or some other top-notch program, the debate always seems to rage on. But when it comes to Texas high school football, there is simply no debate.

Houston Lamar is in sole possession of the moniker ‘DB High.’

“Being labeled DB High means a lot,” said Lamar defensive backs coach Theadis Reagins. “It is a great honor to receive for the Lamar program and myself as the DB coach. It speaks to the quality of DBs that we have consistently been able to produce here.”

The list of Lamar defensive backs that have gone on to play at the next level is too long to fit into one story. But some of the more notable names include Rod Babers (Texas) and Gerome Sapp (Notre Dame) as well as recent players like Holton Hill (Texas), John Bonney (Texas) and Trevon Lewis (Baylor).

“My first day at Lamar, I saw Holton Hill and how he was the top dog,” Cook said. “Just seeing how he was grinding and how his hard work paid off encouraged me. I think I’m doing that with a lot of younger guys. It’s a cycle.”

Jamison added that ‘DB High’ goes beyond the football field.

“DB High is a tradition like none other,” Jamison said. “It shows what Lamar is all about and how aggressive we are in the secondary. We also understand how to become better men on and off the field.”

So what is the secret to success at Lamar? Is it just something in the water? Or is there more to it?

According to Reagins, the answer is quite simple.

“The reason for the success is simply these kids working to be the best players they can possibly be when given the opportunity to play in the secondary here at Lamar,” Reagins said. “These guys understand the tall task of playing DB here, so they put in the required work with other great DB trainers (Clay Mack, Justin Allen) to perfect their craft during the offseason when high school coaches are prohibited to work with them.”

With so much talent on the back end, the phrase “Competitiveness Every Rep” has become a rallying point for the unit. Every day of the week, Reagins makes it a point to instill that into his players. 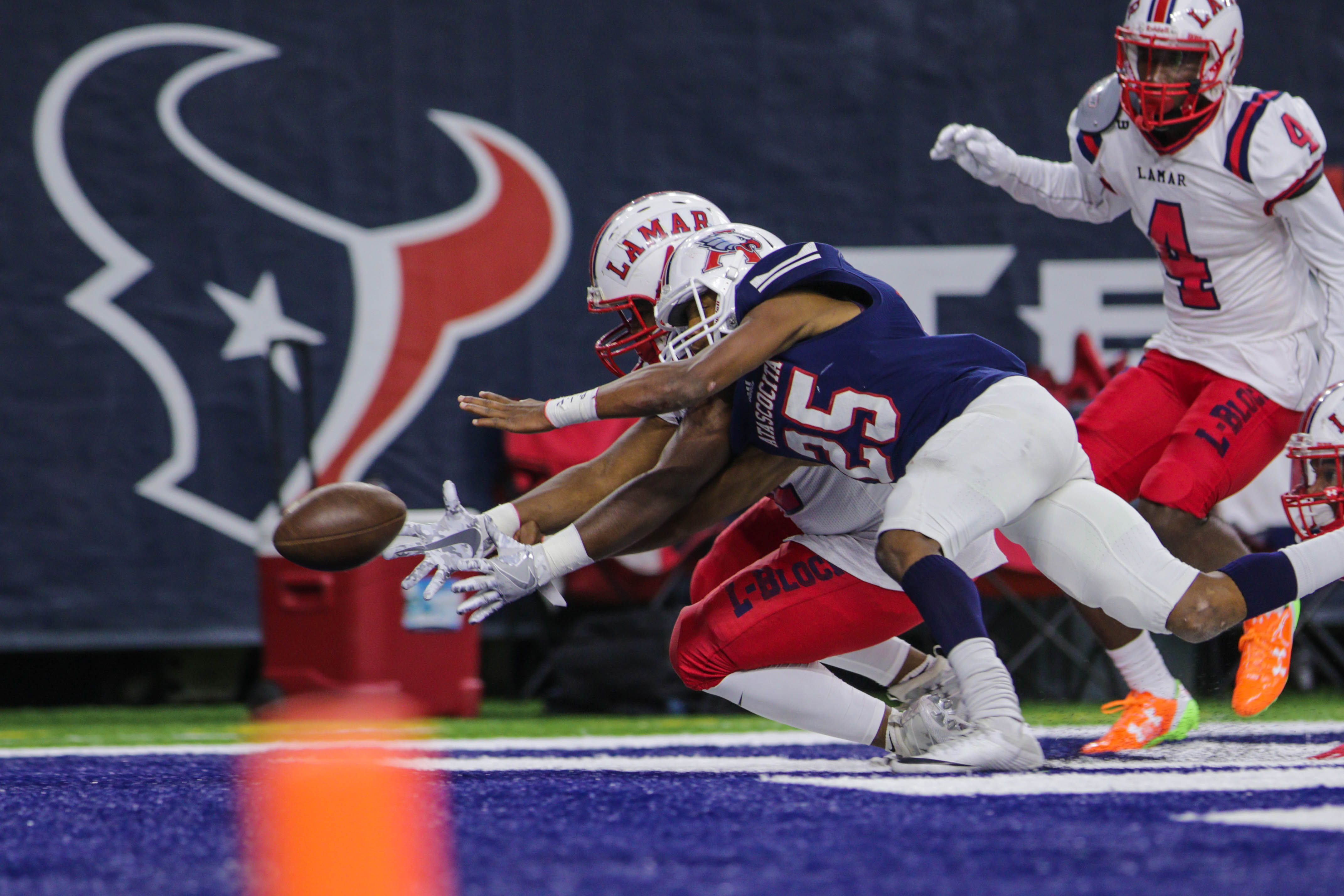 “Coach Reagins knows his stuff,” Cook said. “We’re always grinding. He always makes sure that our practices are competitive. That’s the main thing I like about Coach Reagins. He encourages the competitiveness.”

Lamar has been a force on defense this season, and the secondary is a big reason the Texans are a threat to make a run in the postseason. Lamar is giving up just 8.7 point per game and boasts an 8-1 record.

Cook has been phenomenal on the outside this season. One of the most technically sound cornerbacks in the country, Cook is aggressive and takes away his side of the field every game.

Jamison is also one of the nation’s top cornerback recruits in the country. But his style is much different. Jamison can play anywhere in the secondary and is always in attack mode. The dude is simply a playmaker.

Together, they form a lethal combination.

“DJ covers those quicker slot guys,” Cook said. “I’m kind of like that aggressive get in your face jam you type of guy on the outside. I feel like our game is perfect in the way it goes together. We’re the best duo. There is no receiver we can’t hold.”

But it’s not all about Cook and Jamison. There is the aforementioned Hogan as well as seniors Zion Burrell and Quantis Galloway. Next in line is 2020 cornerback Joseph Wilson, who is set to fill the void left by Cook and Jamison next fall.

Lamar, which takes on Fort Bend Ridge Point in the area round of the state playoffs this Friday, always seems to reload. And with Reagins leading the way, this factory will continue to crank out high-level defensive backs.

“With the ‘DB High’ label comes great competition inside and outside the program,” Reagins said. “Whether it’s catching the most interceptions, who comes out their break the quickest, or 1-on-1’s. Competition seems to fuel them.”