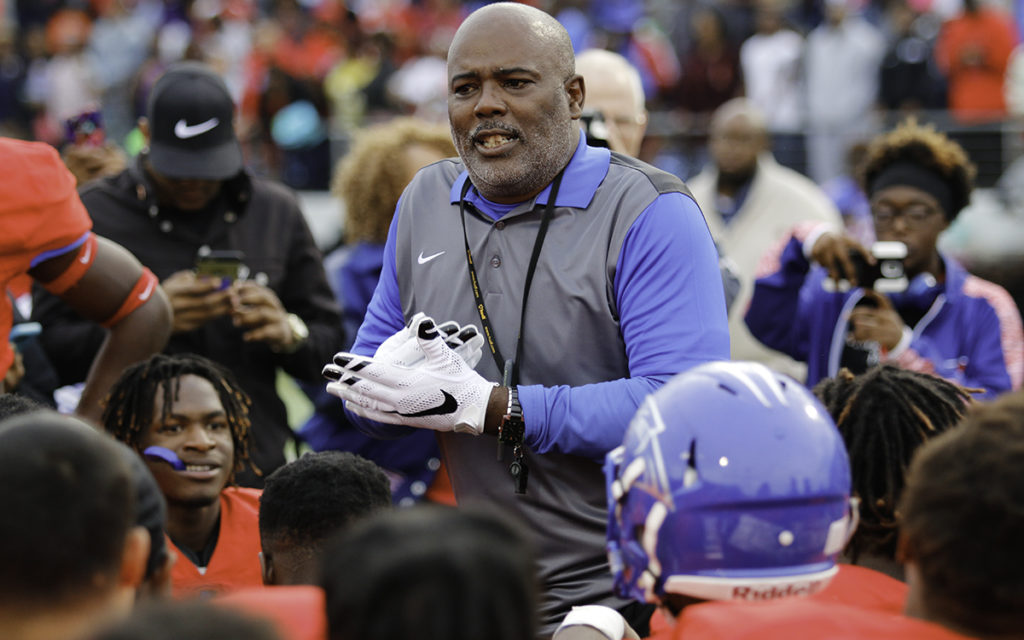 In a year where many coaches across the nation had record breaking moments, one of DFW’s own comes away with one of the highest honors in the country.

In 2018, Duncanville lost the state title game on a last-minute hail mary, preventing the Panthers from completing a perfect season. Saturday, however, Samples gets another opportunity as Duncanville plays Galena Park North Shore for the Class 6A, Division I championship at 3 p.m.

Samples oversaw a Panthers’ roster that is complete in every phase of the game, scoring on offense, defense and special teams all season and throughout the playoffs.

On offense, Duncanville scored a total of 444 points during the regular season for an average of 44.4 points per game. On defense, they allowed a staggering 33 points — the entire season. That’s an astounding average of 3.3 points per game.

And in their five-game playoff stretch, the Panthers are outscoring their opponents by an average of 51-19.

But Samples and Duncanville will be tested Saturday after losing star quarterback Ja’Quinden Jackson to an injury, forcing the team to turn to freshman Chris Parson to complete this outstanding season.

A victory would mark the first time since 1998 that Duncanville has won a state title.