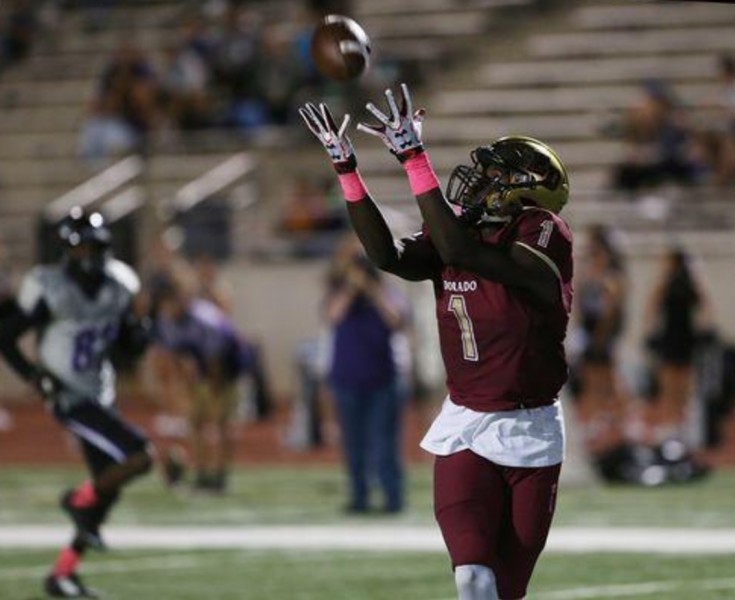 Utah kicked off spring practice on Thursday and brought in a few new faces in time for spring ball. One of those faces happens to hail from El Paso. Former El Dorado receiver Tyquez Hampton is at spring ball with the Utes and feels he’s settled in after an adjustment period.

“It’s been a big adjustment,” Hampton said on the move from El Paso to Salt Lake City, “It took me a couple of days to get used to it out here and also going up against bigger and more physical cornerbacks. It’s been good and it hasn’t been anything that I can’t handle.”

While Hampton has handled his new surroundings well, he still leans on his old high school coach, Ruben Torres, on how to handle the adjustment from high school to college.

“I talk with Coach Torres almost every day,” he said, “When I first came in, I was just too tight and trying to do much. He just told me to play my game and play loose and everything will fall into place.”

As the Utes took the practice field for the first time this spring, Hampton appeared to have caught the eye of a couple of other local media members. The 6-2 receiver is also trying to impress his coaches, who have to replace three of their top four leading receivers from 2016. As Hampton continues to get settled in, he believes there could be some opportunities to see action early.

“The role my coaches, including my new offensive coordinator (Troy Taylor) see for me is to come in early and play. That’s what I’m working toward right now,” Hampton said, “They’ve been working hard to get me ready to play at that level because they see me as a big-time impact player and I have to do my best and prepare for that.”

Hampton is one of three Utes who enrolled early from the 2017 recruiting class. He has two fellow Texans, Jaylen Dixon and Jason Shelley of Frisco Lone Star, who will be heading to Utah in the summer. The three have a close relationship already and Hampton is helping the two Lone Star standouts get ready for what to expect at Utah.

“We’ve talked a lot about what’s been going on here,” Hampton said, “I’ve just let them know that when they get here, they have to be mentally focused and ready because the coaches aren’t going to be easy on them when they get here.”

Add all that together and Utah looks to be a contender in the Pac-12 South in 2017. The Utes finished 9-4 in 2016 and were a tough out most weeks. That said, Hampton believes that this team might be even better.

“Last year, we were pretty good but I like where the team is at this year,” Hampton said, “Everyone’s physical, running to the ball and they all have that hunger and passion to be great and I think that’s where we can be next year.”