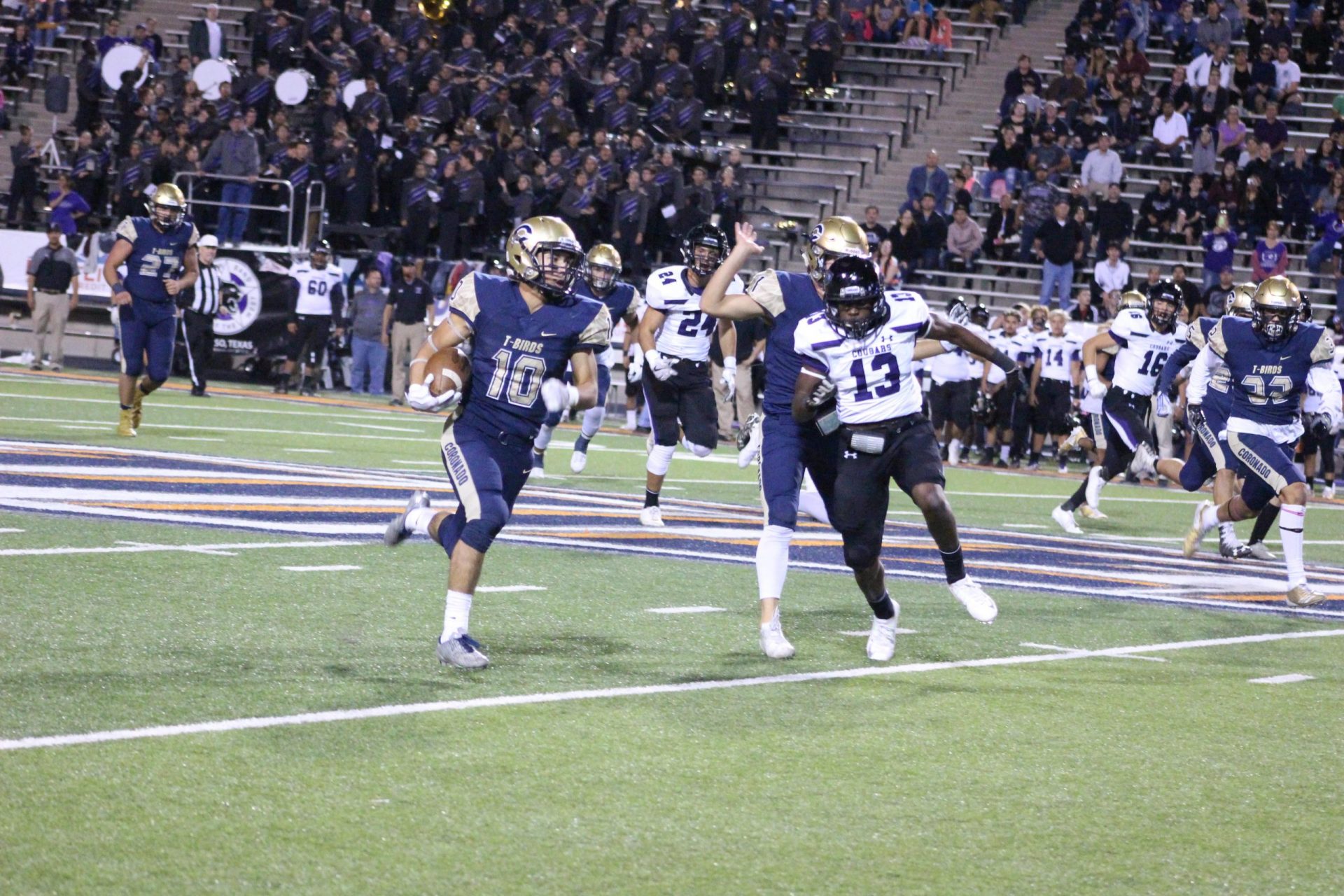 EL PASO, Texas-The Coronado Thunderbirds hoisted up the West Side Bowl trophy as they beat Franklin 35-28 for their first victory in four years against their storied rivals.

Coronado wins 35-28. Breaks up the pass at the end. amazing finish! @texashsfootball pic.twitter.com/b3R1JZpYtO

It was more than just bragging rights for the Thunderbirds’ victory on Thursday night at the Sun Bowl. It was about securing the last 1-6A playoff spot and furthering their season, improving to 4-5 (3-3) on the year.

“There was a lot of emotion,” said head coach Bob Anderson. “Playoffs berth and a West Side Bowl win—they deserve it. I told them every week it would be a little better.”

The Cougars began the game with a nice drive that looked a little suspect when they found themselves on a 4th-and-5 inside the Coronado 15 yard line. However, senior quarterback Matt Heifner connected with Khatib Lyles for a touchdown pass on fourth down, giving the Cougars a 7-0 lead.

On the ensuing kickoff, Franklin recovered a Coronado fumble and constructed another touchdown drive off a Seth Dominguez 14-yard rushing score. It was 14-0, midway into the first half and the Thunderbirds had not snapped the ball once offensively. 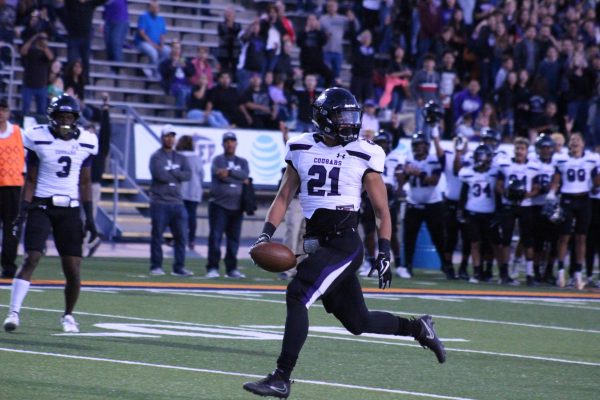 Led by do-everything athlete Jose Luis Herrera, the Thunderbirds took what looked ugly into something and bounced back. Herrera was able to help the team punch in a short six-yard touchdown run, to lessen the Cougars lead, 14-7.

On the next drive, Dominguez responded with his second touchdown of the night, but this time from 25 yards out to make it 21-7.

Herrera was ready to duke it out, as he returned the following kick 65 yards to the Franklin 15 yard line, which set up a Coronado field goal by Juan Pablo Romero.

But it couldn’t be Dominguez who would get them out of the rut on the next drive, as he fumbled for the Cougars in the Thunderbird red zone. On the same drive, Franklin wide receiver Gabe Stonewall was ejected for fighting, which attests to how intense this rivalry gets.

Coronado quarterback Andrew Donatelli hit Steven Martinez for a 37-yard passing touchdown, cutting the Franklin lead, 21-17 at the half.

Dominguez led the half with 114 yards on the ground and two touchdowns.

Coronado stormed out of the half, with a long drive resulting in another Romero field goal.

Both teams exchanged fumbles, but Dominguez would be the man who punched another touchdown in the third quarter. 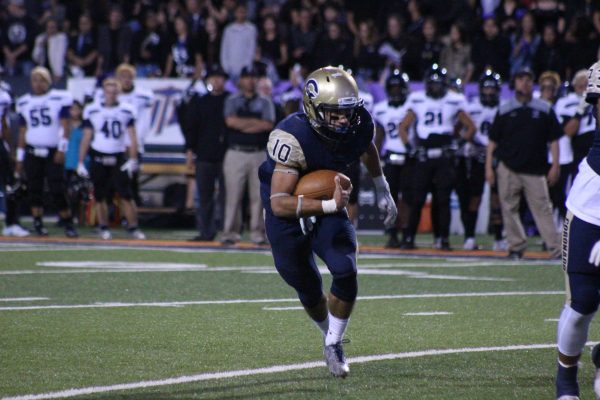 Coronado’s answer? A 98-yard kickoff return for a touchdown by Herrera, which tied the game 28-28 for the first time.

He ended the night with 262 all-purpose yards and three touchdowns.

“I trusted my blocks all the way up,” Herrera said. “I knew the team needed a boost, so I saw a hole and I ran up the seams.”

After Franklin orchestrated a nice drive, they were stumped by the resilient Coronado defense. It was Coronado’s time to take the game.

Donatelli and Herrera worked back-and-forth to move the ball all the way to the end zone for the Thunderbirds, ending in Herrera’s third total touchdown of the night off a 6-yard rush. The 35-28 lead was their first of the night.

Franklin had just over two minutes to score and tie the game, but Coronado defender Andrew Abarca swatted the Cougars’ only hope when the deep ball came towards the end zone. 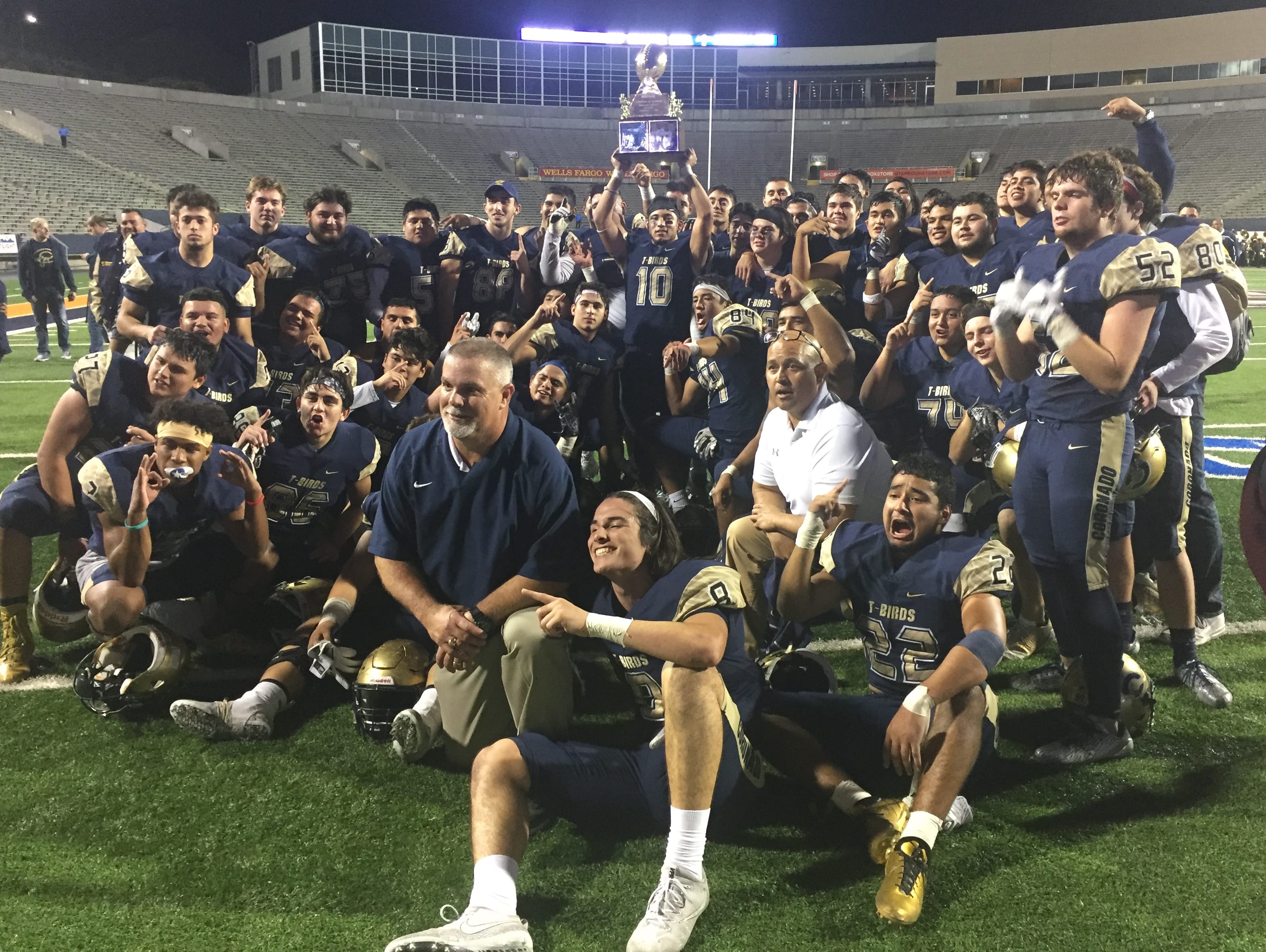 “Biggest game of the year,” Abarca said. “It’s big—it’s been a while since we play them. We’re friends with some of them (Franklin), but when we play it’s game time.”

Herrera has been with the Thunderbirds all his four years at Coronado, and to see a victory over Franklin and clinch his first playoff berth was just what he wanted.

“We’ve faced adversity all year. This is a big bounce back for our team,” he said. “Being here and not winning stunk. Now this feels great.”

Coronado will likely take on Odessa Permian or Midland Lee for the first round of the 1-6A playoffs two weeks from now in the Class 6A Division I bracket.