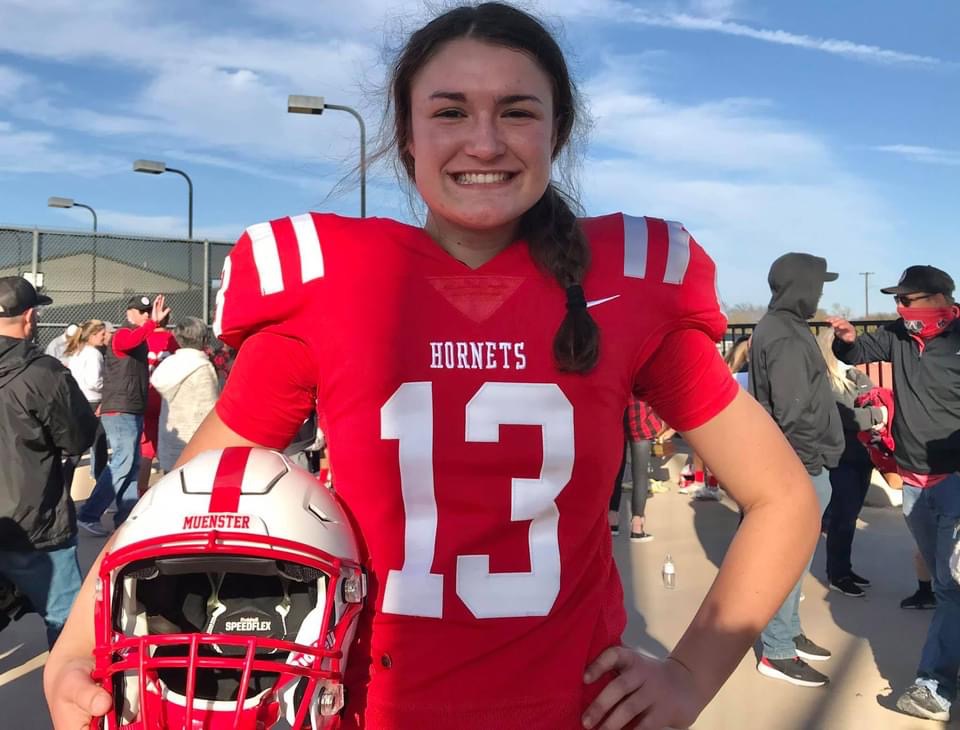 The Muenster Hornets faced the Hamlin Pied Pipers in a Region II-2A Division II semifinal Friday at Newton Field.  After trailing the first three quarters, the Hornets were in control late against the 11-0 Pied Pipers.  Muenster was up 14 late into the fourth quarter, but Hamlin made a big comeback.

Hamlin scored twice in the last few minutes of the game to tie the game and were looking to get the game to over-time to try to keep the chance of reaching their second straight title game.  But Muenster would deny them.  The Hornets got the ball with 52 seconds to go.  Quarterback Trent Anderle connected with Grant Hess on a 50-yard pass down to the 1-yard line with 2 seconds left.  With time for one more play, the hornets elected to kick.  They sent in kicker Martie McCoy.

McCoy had missed a potential game-tying extra point in the third quarter, adding more pressure to the kick, but she came through.  McCoy connected on the 19-yard field goal, giving Muenster the 31-28 win and sending the Hamlin Pied Pipers home with their first loss of the season.

McCoy is a standout on the girls basketball team that made it to the state finals last year. She has multiple basketball scholarship offers.  She decided to join the football team mid-season.  The team was without a reliable kicker and she wanted to help her hometown and school.  She and the Hornets will face the Windthorst Trojans next on December 3rd.