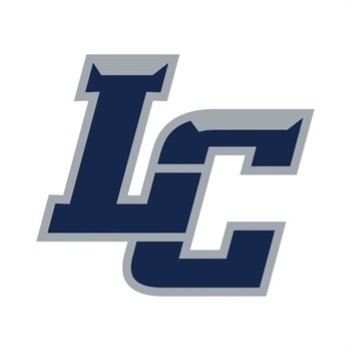 At 5-7, 180, he was a disciplined, hard-working dynamo of a running back. The weight room was his home away from home, he lifted weights three times a day. Many late nights were spent at the dinner table doing homework. He made sure he got good grades. And it paid off.

Rodgers’s broke out during his 2005 sophomore season when he rushed for 2276 yards and 33 touchdowns, averaging 9.4 yards per carry.

He carried that momentum over into his junior season in 2006. Rodgers was named the 4A Offensive Player of the Year and 2nd Team 4A All-State after rushing for 2516 yards and 50 touchdowns.

In his senior year, Rodgers rushed for 2391 yards and 29 touchdowns. He also had 22 catches for 438 yards and three more scores. In the ’07 playoffs, the Mustangs defeated:

Against Dickinson, Rodgers rushed for 237 yards and 5 touchdowns, and added a 75-yard punt return.

In the state championship game win over Copperas Cove, Rodgers rushed for 240 yards and three touchdowns. He also blocked a kick, recovered fumble, and made 6 tackles on defense. He stayed on the field for every play.

Rosenberg Lamar was down 7-0 at halftime, but outscored Copperas Cove 20-7 in the second half.

The Mustangs kept Copperas Cove quarterback Robert Griffin III out of the end zone and held him to less than 100 yards rushing.

Rodgers helped the Mustangs to finish 13-2 that championship season, on his way to winning the very first Mr. Texas Football Award.

Rodgers had scholarship offers from Georgia, Alabama, Florida, Vanderbilt, Oregon, USC, Baylor, Houston, and Tennessee. But he signed to play college ball at Oregon State, where his brother James was enrolled.

In ’08, Rodgers’s freshman year, he was named the PAC-10 Offensive Player of the Year. He rushed for 1253 yards and 11 touchdowns, earning 1st Team All PAC-10 honors. Rodgers recorded seven 100-yard rushing games.

Rodgers rushed for 1440 yards in 2009, with 21 touchdowns. His touchdown numbers were good enough for third in the NCAA. He once again recorded seven 100-yard games and was named to the All PAC-10 team.

In 2010, Rodgers was named All PAC-10 for a third time after rushing for 1184 yards and 14 touchdowns. He also had three receiving touchdowns. He recorded five 100-yard rushing games. In back-to-back weeks against Washington and Cal, Rodgers had 53 carries for 256 yards and six touchdowns.

He finished his career at Oregon State with 3877 yards and 46 touchdowns, and 1056 receiving yards and five touchdowns.

Rodgers was a 5th round pick of the Atlanta Falcons in the 2011 NFL Draft. During his pro career, he rushed for 2067 yards and nine touchdowns in 110 games.

Tony Thomas is a freelance writer. He also writes about college football for his own website, www.thegridironnews.com.