Even as spring football wraps up across the country, the coaching carousel never quite ends. As first reported by Pete Thamel, Houston is bringing back former graduate assistant Kenny Guiton as its new wide receivers coach. He replaces Darrell Wyatt, who had been at Houston since January 2016. The school announced the hire of their new assistant coach Friday morning.

The Houston native is a fast riser in the coaching ranks. After a standout playing career as the Aldine Eisenhower quarterback, Guiton went to Columbus to play at Ohio State. During his time in Columbus, Guiton played in 22 games and started two games during his senior year in 2013. The starting quarterback during his time at Ohio State: Houston Texans wide receiver Braxton Miller.

Guiton had just been hired on as a quality control coach at Texas under Tom Herman back in January after spending the last two seasons as an offensive graduate assistant coach. The two go back from their time at Ohio State when Herman was the offensive coordinator and Guiton was a quarterback.

Per the school’s release, Guiton worked with a pair of 1,000 yard receivers during his time as a graduate assistant in Demarcus Ayers (2015) and Linell Bonner (2016). Ayers finished that season with 98 catches for 1,222 yards and six touchdowns, earning him first team honors in the American Athletic conference. Bonner also finished with 98 catches for 1,118 yards and three touchdowns and earned honorable mention by the AAC.

At just 25 years old, Guiton becomes one of the youngest full-time assistant coaches in the country. In a statement, Houston head coach Major Applewhite said, “We’re very appreciative of Darrell’s contributions over the last 15 months and certainly wish him well. We are excited for Kenny’s return to our program and know he’ll be welcomed by both our current and future student-athletes.”

After A Rough Injury Derailed His Sophomore Campaign, Deondrick Glass Is Ready To Play Some Football 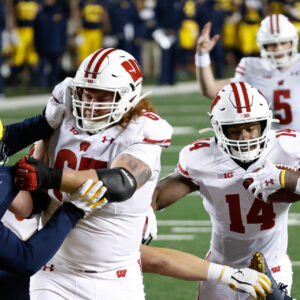