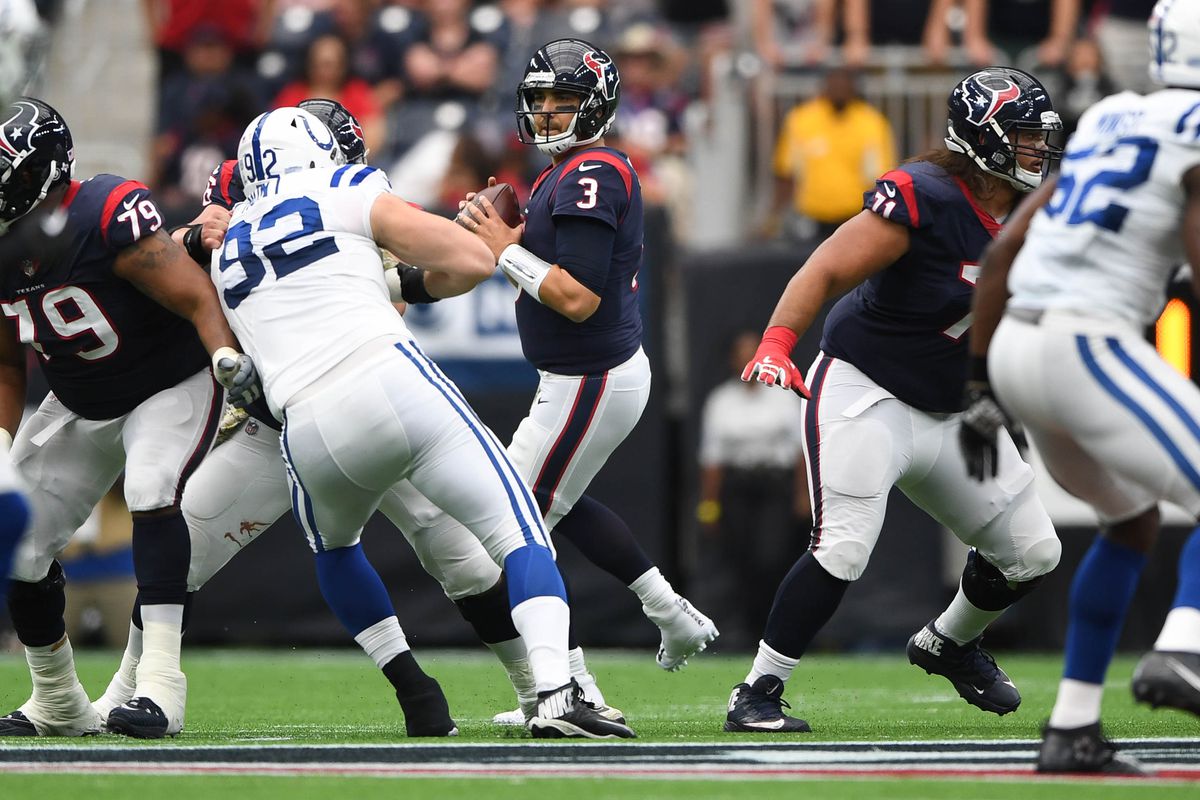 It was not good for Houston in the teams first game without rookie sensation Deshaun Watson.

For the first three and a half quarters, it was an offensive nightmare for the Texans (3-5). That being said, the defense was solid, all things considered.

Indianapolis (3-6) could not run the ball, but still found ways for Jacobi Brissett to move the ball. Brissett, who finished with 308 yards was the games best offensive performer.

The Colts grabbed the lead with a 45-yard Ty Hilton touchdown reception in the first quarter. Fans were in for a defensive treat, as the Colts would go into halftime with a 10-7 lead.

The Texans slept through the majority of the third quarter, but something seemed to awaken in the fourth.

With 6:11 left in the game, quarterback Tom Savage found DeAndre Hopkins from 34 yards out. The score was the first touchdown of Savage’s career and brought the Texans within six.

After a defensive stop, the Texans got the ball back and got all the way to the seven. Three downs later, there was two seconds left and Houston was down six from the seven.

The moment was too big for Savage, as he was hit by Colt defender Jabaal Sheard, causing him to fumble the ball. After it bounced all the way to the 35, the Texans lost 20-14.

No Power Without Watson

Deshaun Watson is out for the rest of the season, that isn’t news as it happened a few days ago. What else isn’t news is the offense looked stagnant as it was led by third-year quarterback Tom Savage. He finished the game 19/44 with 219 yards. The one touchdown in the fourth was the first of his career. Although the Texans seemed to have woken from their deep slumber late in the fourth, it was bad for the rest of the game.

Watson is not returning this year, so Houston will need to find out how it will manage. But right now, it’s not looking good.

Not How You Start

Sure, 19/44 is very bad. But Savage did have a 9/9 stretch at the end of the game that easily could have been 10/10 with two touchdowns. DeAndre Hopkins almost brought in a catch in the end zone with less than a minute left. Had he brought his left foot down inbounds, this article would be singing a different tune.

Sure, when you allow a quarterback to throw for more than 300 yards, no one should expect this to be the case. But the defense allowed only 20 points and really buckled down when Houston needed it to.

Three sacks and five tackles-for-loss are nothing to laugh at, though. Houston also held ageless-wonder Frank Gore to 51 yards. Houston won’t have many games facing an offense as bad as Indianapolis, but if it can bring the pressure like it did Sunday, it has a chance to win some without Watson.