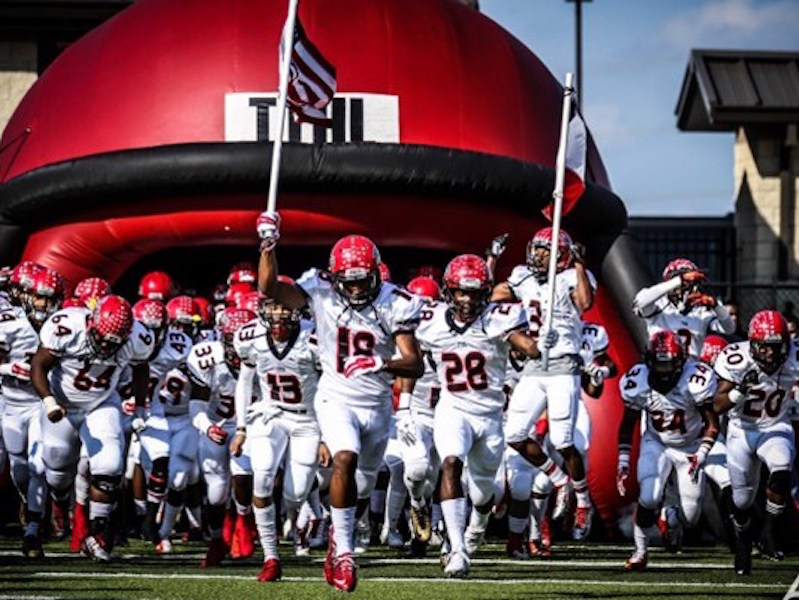 We finally made it. After 11 weeks of a season full of ups and downs, highs and lows, standout performances and surprises, we have made it to the state playoffs. All teams competing for the right to hold up a state championship trophy the week before Christmas at AT&T Stadium. As the saying goes, every journey begins with a single step and that’s what the bi-district round represents. That said, there are a lot of very intriguing storylines and matchups for the first round. Let’s take a look at a few that we’re keeping our eyes on this weekend.

Fort Worth South Hills vs. Richland
A great matchup of two 5A teams in the Division I bracket who have done some great things this year. South Hills finished the regular season undefeated, while the Rebels will look to bounce back after a loss to Colleyville Heritage in the season finale. Can the Scorpions ground game make a difference against Trey Self and the Rebels passing game?

Justin Northwest at Denton
Not just one, but two really good matchups from the same bracket in 5A. Both teams are in the Top 20 of the TexasHSFootball 5A rankings. Justin Northwest enters this game with a high powered offense, averaging almost 500 yards a game. The Broncos bring a high powered offense of their own, led on the ground by Corbin Shelley and Ryan Kikuchi.

Midland High at El Paso El Dorado
In another matchup of high powered offenses, Midland High travels west to take on one of the top teams in El Paso in the El Dorado Aztecs. On one side, Jackson Anuszkiewicz will look to get the Bulldogs going on offense. Their only two losses on the year are to DeSoto and San Angelo Central, two of the top 10 teams in Texas. On the other sideline, dual threat Cedarious Barfield and Utah commit Tyquez Hampton will be the primary target for an Aztec attack that has put 60-plus points in three games this year. Expect another shootout at the SAC in this one.

Converse Judson vs. San Antonio O’Connor
The O’Connor Panthers bring a balanced offense into this matchup against a Judson squad that features an offense that is trying to get back on track after two straight games scoring under 20 points. Can Julon Williams and the Rockets get things going again in a matchup where both teams are in the mix for making a deep run in the state playoffs?

Cedar Hill at Waco Midway
Big stage in Waco for this matchup between the Longhorns and the Panthers. The winner of this matchup could face Denton Guyer in the area round in the 6A Division II bracket. This game could be very well decided by who has the ball last.

Idalou and Dimmitt
For the Dimmitt Bobcats, this is their first trip to the playoffs in 40 years. How will they perform on a stage they haven’t been on in a long time against an Idalou Wildcats squad that finished undefeated in 2-3A Division 2?