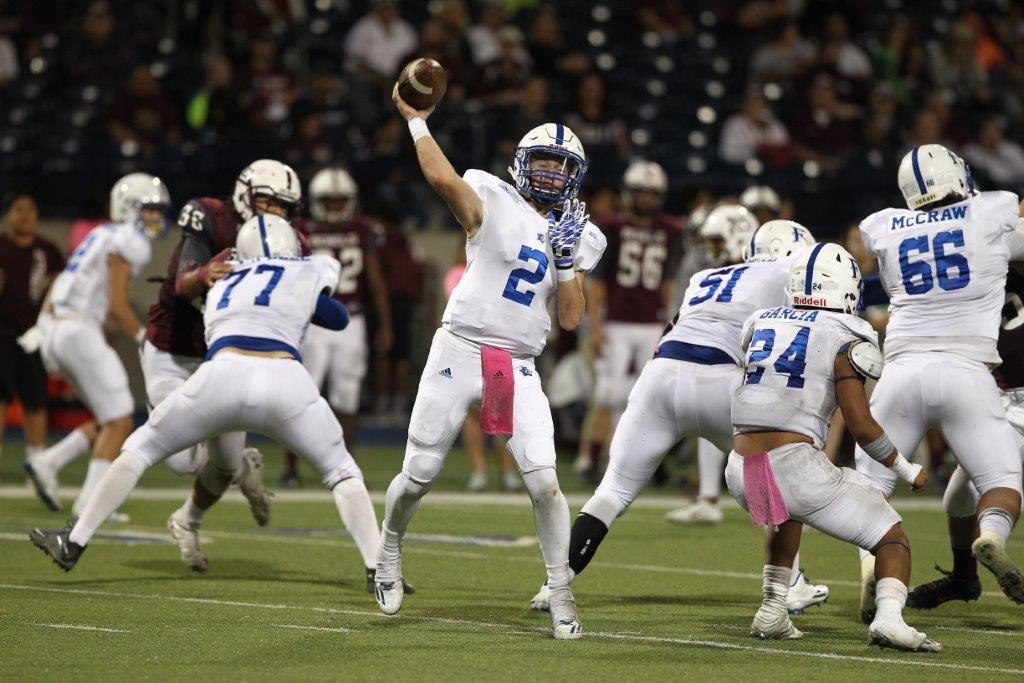 For the first time in more than 30 years, a new face will be leading the Wolfforth Frenship Tigers football team not named Bobby or Brad Davis. Jay Northcutt was officially named the Tigers head coach on January 16 and officially started in his new role this week.

Northcutt’s last coaching stop was at Sachse in the Dallas-Fort Worth area as the offensive coordinator and quarterbacks coach. It’s his first head coaching opportunity and taking this job has a special meaning for the Plainview High graduate.

“I’ve always felt like that the West Texas-Panhandle area was my home even though I’ve spent almost 20 years in the Dallas area,” Northcutt said, “I told my wife and she would get irritated at me that every time we come back to visit family here, we would leave and I’d tell her, ‘Hey, this still feels like home to me.’ She never could really understand that, but I think she will now that we’re going to be living here.”

Northcutt takes over for Brad Davis, who resigned in November. He and his father, Bobby, had led the Tigers since 1980 and became a regular in the postseason during that stretch. In his first public introduction as head coach, Northcutt said that he saw the potential for a “6A Dynasty.”

“Coach Davis and his dad really set that tradition and success up. They built the foundation for that and I want to make sure they’re mentioned because they’re a big part of that,” Northcutt said. “There’s just one high school here. Every kid from elementary school, to middle school, to high school grows up as a Tiger. It’s important that you have a vision and I think that your vision needs to match what the expectations are of the school district and the community. They want to see us be successful and they’re very supportive.”

On the field, Northcutt brings an up-tempo offense from Sachse that was both balanced (441 ypg) and explosive (40.4 ppg). However, Northcutt says that the balance this year was nice, but it isn’t the ultimate goal for his team

“Our goal is to get wins,” Northcutt said, “As for the offense, one reason that I believe in it is because I think that gives you an edge with your competition and it levels the playing field for you.”

As for his team, Northcutt is already making his own changes to the program as he completes his first full week on the job.

“We’re going to be doing spring ball this year, which is something they haven’t necessarily done in the past here,” Northcutt said, “We’re going to put all of our schemes in and find out what we can be good at. We’re doing that so that when we hit fall, we’re ready to hit the ground running.”

Based on what he’s seen so far, Northcutt has a lot of reasons for optimism.

“One thing that I’m very grateful for is that the coaches that were here during the process of finding another coach. They did a fantastic job with the offseason,” Northcutt said, “When I came in and first saw the kids, it was exactly what I thought it would be and I’m just very pleased with what we have going right now. These kids were working hard, they were competing, and they have a great work ethic and I’m very excited about that.”