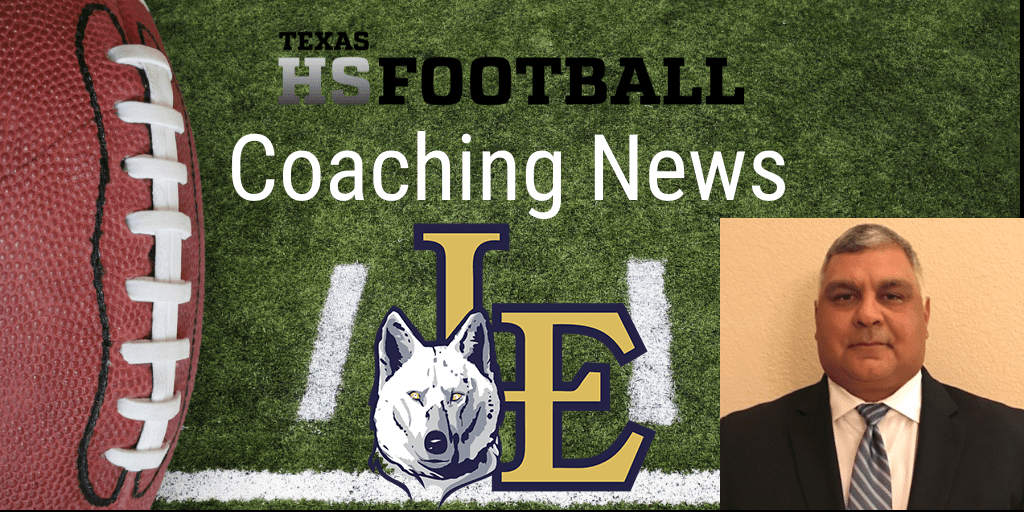 For the past 10 seasons, Joe Castillo has lived out his dream as the head coach of his hometown North Garland Raiders.

But when the Little Elm job came open, the opportunity was too good for him to pass up.

“Everyone I spoke to thought it was a great job with great kids, great athletic leadership, and community support,” Castillo said of Little Elm. “In addition to that, I have always wanted to be at a school with only one high school where you are the only show in town.”

Little Elm officially announced Castillo as its next head football coach this past Wednesday, replacing Kendrick Brown, who was promoted to the Assistant Athletic Director position in Little Elm ISD.

Castillo will have his work cut out for him in the Lobos’ District 5-6A . Little Elm will face a gauntlet of a schedule including perennial state contenders in Allen and Denton Guyer, a Prosper team that has made the playoffs 18 of the last 20 years, and McKinney Boyd, which won eight games in 2021.

However, that challenging slate is exactly what Castillo envisioned when he applied for the job.

“I wanted to coach in one of the toughest districts in the state of Texas,” Castillo said. “I wanted a new challenge, and I was lucky enough to be offered the position.”

Castillo brings plenty of experience along with him, having spent the past fourteen years as a Texas high school football head coach. He spent four years leading the San Antonio Burbank program before being hired at North Garland. At his hometown school, Castillo made waves at a program that won just one game in the two seasons combined before he took over.

And although his 28-69 record at North Garland may not look particularly glamorous on paper, the Raiders won six games in three of his final four seasons at the school in addition to making the playoffs for the first time since 2009 last fall.

Now as Castillo turns his focus towards Little Elm, he has a new goal. He wants the Lobos to be a playoff team in 2022.

Little Elm finished 5-5 a year ago and hasn’t made the playoffs since 2016. The Lobos have some talent to replace as Texas commit cornerback Terrance Brooks, Colorado commit cornerback Keyshon Mills, and Washington State commit quarterback John Mateer, all are set to graduate.

Safety Chase Davis, who has nine Division I offers, is Little Elm’s most notable returner this season.

Running back Semaj Jordan-Rector (470 rushing yards and three touchdowns) is also back, but the Lobos will need plenty of new faces to step up offensively after their four leading receivers and two leading rushers graduated,

But despite the upheaval that comes with the graduation of the Class of 2022, Castillo is ready to get to work towards his preseason goal.

“In order for us to be a playoff team, we will have to have great summer participation, trust the process, and commit to one another to be the best football team we can be,” Castillo said. “I can’t wait to get started.”