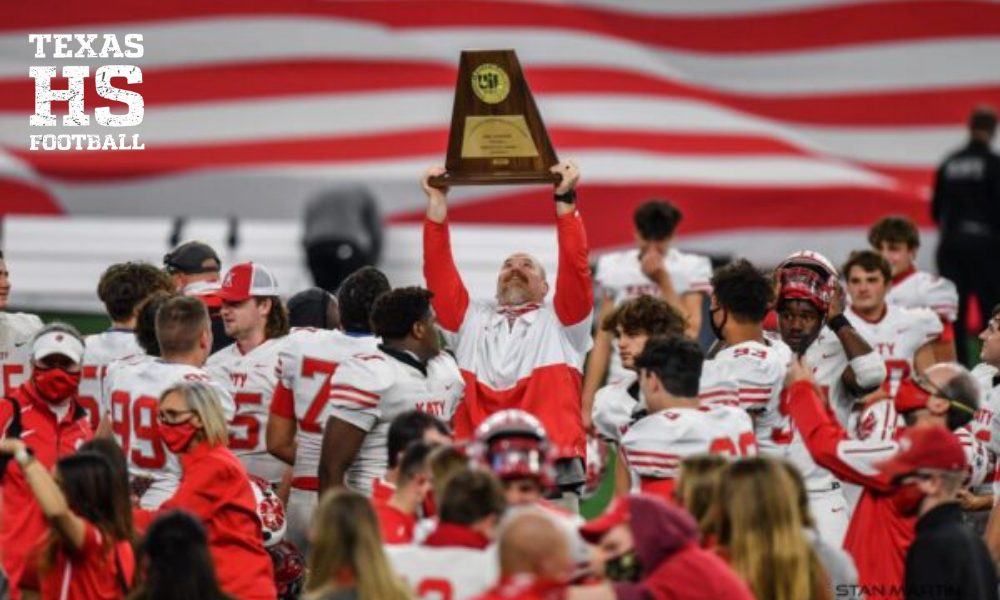 The sun was shining down on Legacy Stadium as The Katy Tigers (7-0) welcomed the Cinco Ranch Cougars (4-2) on a beautiful Saturday morning. Cinco Ranch came into Legacy looking to upset the #10 team in the nation and get their first win over Katy since 2008, which would be a tough task, to say the least.

But it was not meant to be as Katy rolled to a 49-3 win over the Cougars.

A win here for Katy would make the path to regaining their district title clear, and as for Cinco Ranch, they looked to shock their “big-brother” and punch their ticket to the playoffs.

Katy’s junior RB Seth Davis paved the way for the Tigers behind the Tiger’s stout offensive line. After getting his team on the board in the 1st quarter, Davis continued to punish the Cougar defense in the 2nd with two touchdown rushes, one for 48 and one for 51 yards.

Katy not only controlled the ball on offense, but their defense was overwhelming. The Tigers did a textbook job of pressuring the quarterback and forcing mistakes, not allowing the Cougar’s QB Gavin Rutherford, any time to scan the field.

Senior OLB Judson Ceyanes had 3 TFLs in the first half alone. Katy would go into the half leading 28-0.

Cinco Ranch received the ball to start the 2nd half, needing to put points on the board to try to keep themselves in the game. However, Katy’s defense would punish the Cougars again. Junior DB Micah Sweats picked off Rutherford on 3rd and long, setting up another Seth Davis touchdown to give the Tigers a 35-0 lead.

The Cougar’s day was plagued by mistakes like these, with Rutherford fumbling at the goal line, turning the ball over on Cinco’s following possession.

Keeping the ball on the ground, Katy closed out the game for the win, proving once again that they are still the team to beat in District 19-6A.

Seth Davis ended the game with 188 yards and 4 touchdowns. The Tigers get a bye-week next week, and Cinco Ranch will host Katy Taylor next Friday.