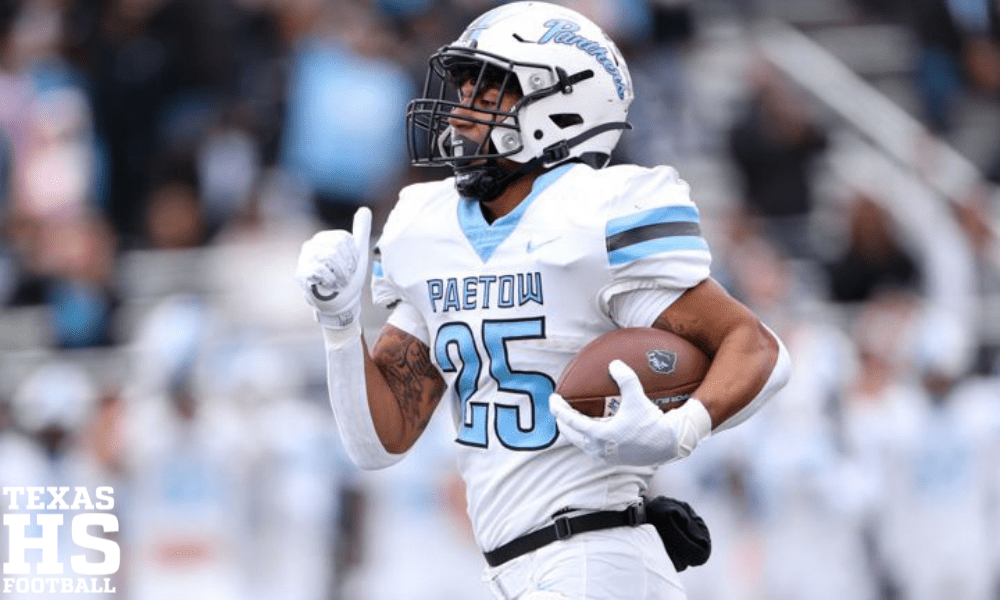 After seeing a potential 2020 playoff run cut short by COVID-19 cases, Katy Paetow is making up for lost time.

The budding Panthers scored an eye-opening 65-14 win over perennial powerhouse Cedar Park on Friday, Nov. 26 during a Class 5A Division I regional playoff clash at Waller ISD Stadium. 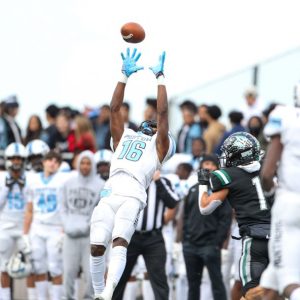 Paetow (12-1) watched last season end abruptly when it had to forfeit its second-round postseason game against New Braunfels Canyon. Ever since, the Panthers have been determined to make 2021 the best campaign in program history.

Paetow once again flexed its explosive offense against the Timberwolves (7-6), as head coach B.J. Gotte’s squad weathered an early storm before erupting for a combined 45 points in the second and third quarters.

Cedar Park cut the Panthers’ early lead to 13-7 after quarterback Josh Pell fired a 7-yard touchdown to Nicholas Grullon late in the first quarter, but Paetow picked off Pell four times on the night to turn the tide.

The Panthers built a 30-7 advantage at the half thanks to a 25-yard TD run from Jacob Brown, a 35-yard aerial strike from quarterback CJ Dumas to wide receiver Kole Wilson and a 36-yard field goal courtesy of Anthony Fuentes.

Brown, who led Paetow with his 237 rushing yards and four scores on just 13 carries, turned in the biggest highlight of the first half on just the second play from scrimmage. He broke loose for a 72-yard TD burst that set the tone for what was to come.

The relentless Panthers added five more TDs during the second half to accelerate past Cedar Park for good. Brown tacked on two more scoring runs and Gene Kendall notched an 11-yard TD sprint, while Wilson returned a punt 76 yards for a score and outside linebacker Daymion Sanford posted a pick-6. 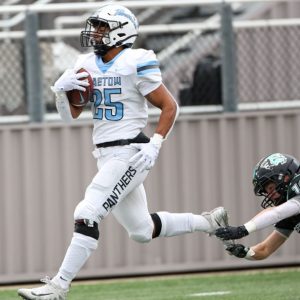 District 10-5A-I champion Paetow advances to take on 10-5A-I runner-up Fort Bend Hightower (11-2) in
the quarterfinal round. That game is scheduled for Friday, Dec. 3 at 7:30 p.m. at Rice Stadium in Houston.