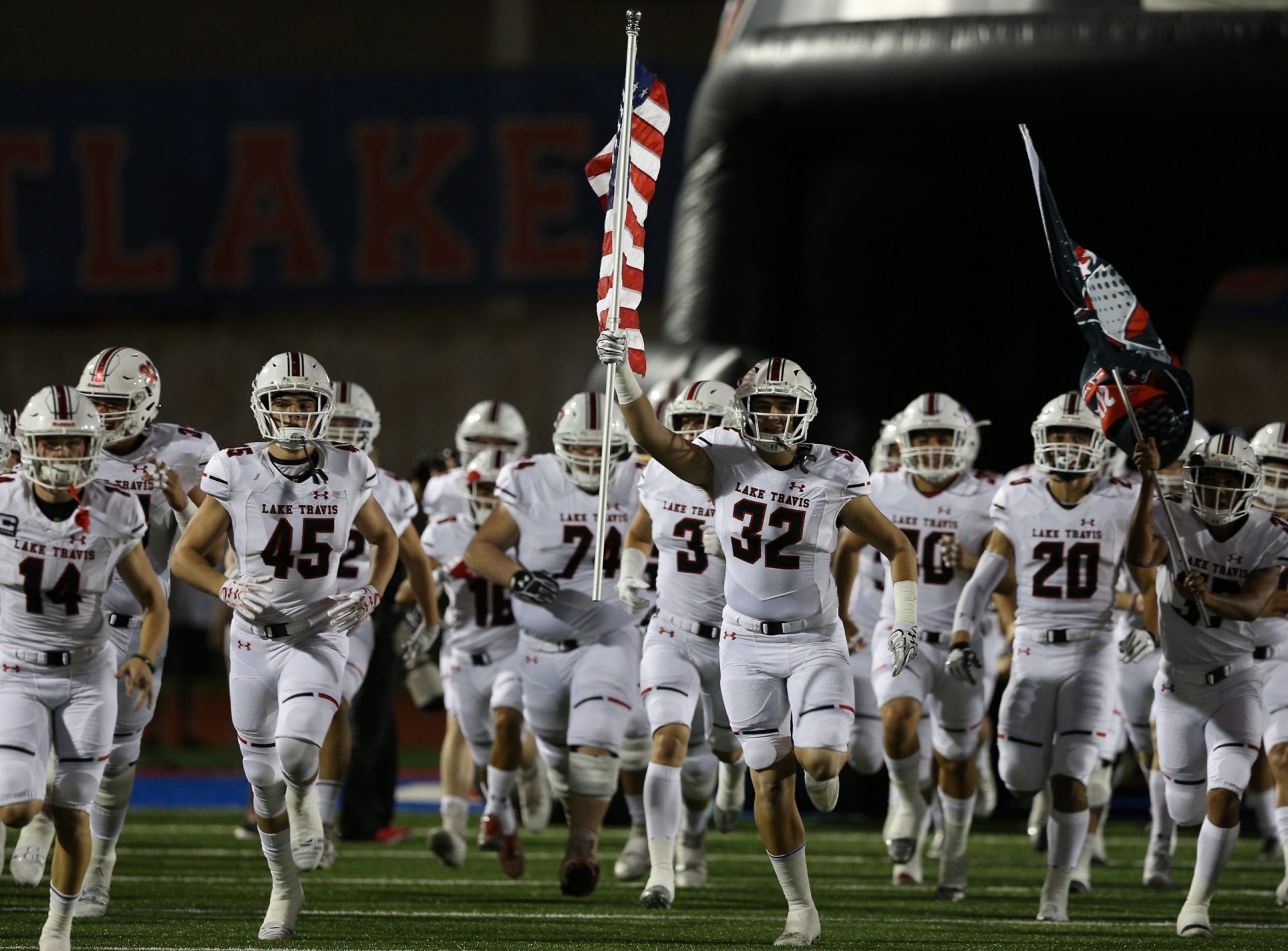 SAN ANTONIO — Lake Travis’ Cavaliers endured torrential downpour and one of the fiercest pass rushes in prep football to pave the road to seven — and history — when a high school football playoff game predicted to be determined by the weather took an unexpected turn Saturday at Alamo Stadium.

And while the high-flying Lake Travis offense was expected to take a back seat to the nationally-ranked Katy Tiger defense and strong running game, instead Lake Travis flipped the odds and took home a 28-14 victory on a wet, cold afternoon in San Antonio.

Katy, with its large and physical front seven, stopped the Cavalier offense early on its first possession with a sack of 3-star quarterback and Ohio State commit Matthew Baldwin. Lake Travis, however with a game-opening response — a Garrett Wilson rushing touchdown.

The Tigers matched the score, riding the legs of junior running back Deondrick Glass, who added his own rushing touchdown. The Cavaliers finished the first half on a flurry and scoring 14 more points before halftime thanks to another Garrett Wilson touchdown and a fumble recovery by Reid Bacon that set up another strongly executed pass from Baldwin to Kyle Wakefield. 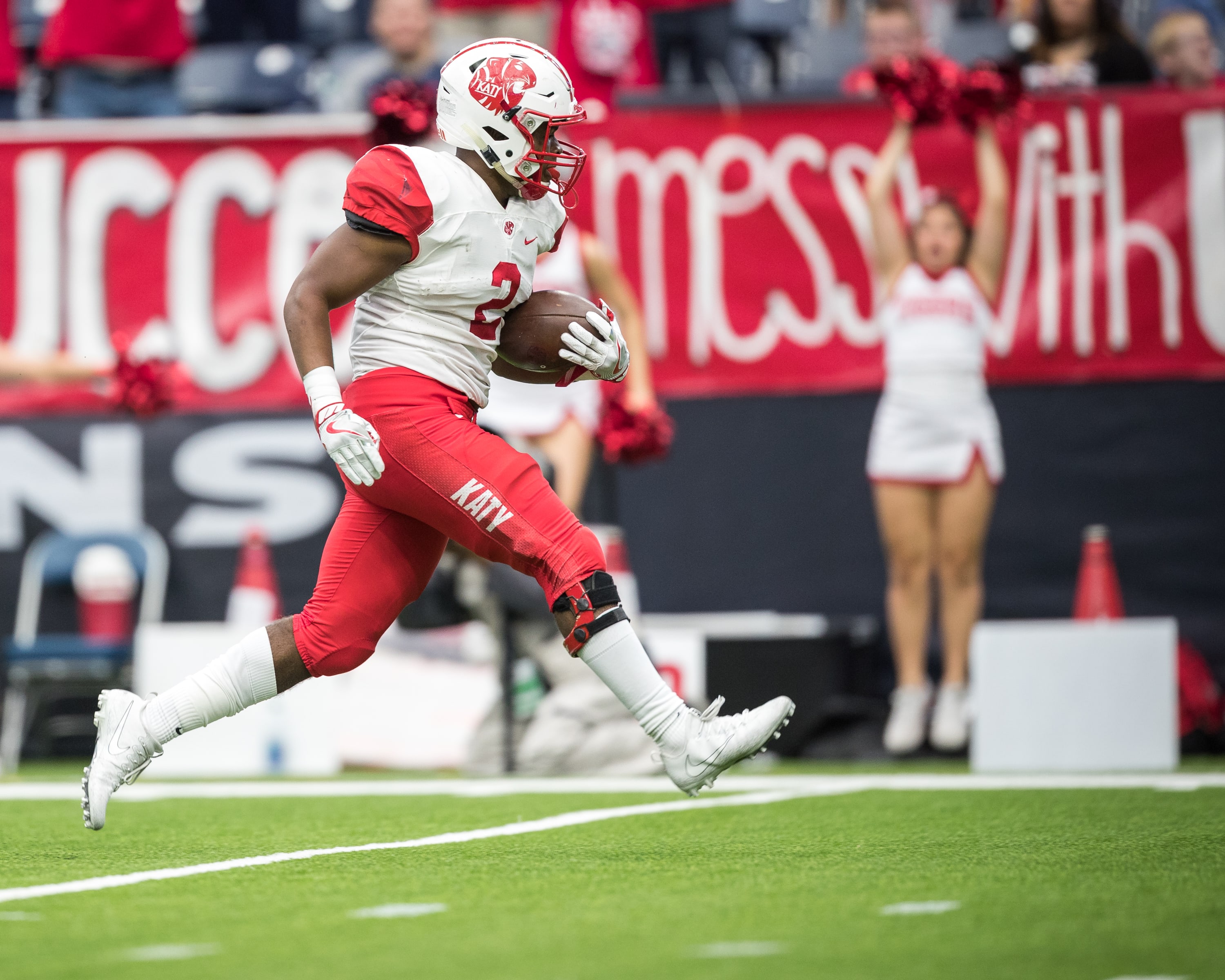 Katy, a national-power and USA TODAY Super 25-ranked, drew the deficit to single digits before halftime after a trick play and a steady diet of Glass. The Tigers surprised Lake Travis’ defense with a direct snap to the fullback, who then pitched it to the quarterback and found Jacob Lighter streaking toward the end zone touchdown for a 21-14 halftime finish.

Baldwin left the game injured with nine minutes remaining in the game in the fourth quarter but in stepped senior backup Russell Thamm, who found Wilson for a long, drive-sustaining first down and then threw a long pass to Hudson Card for another Lake Travis touchdown. Katy attempted a late-game rally,fourth-quarter turnovers cost the Tigers a chance at claiming a state title berth and allowed Lake Travis to run the clock out and take home the victory.