The final words in the Robert Earl Keen song ‘Levelland’ are: “Doing the best I can out in Levelland – imagine that.”

Well, no one in the state has done it better than Levelland Lobo quarterback Nick Gerber, who now has 73 touchdown passes this season — a new single-season state record. And he’s creeping up on more state marks. His stat line is staggering, but not unprecedented.

The Levelland senior threw six touchdowns in an 83-72 win over Decatur in the Class 4A Area Round last week. Levelland (9-3) this week will face Andrews, a team that beat the Lobos 77-76 in Week 3.

Gerber, who has played hurt and skipped football camps in the summer to heal a stress fracture, gets high praise from his coach.

“I wish I had 100 of him,” Levelland coach Jared Sanderson said. “He’s an amazing kid. You know, lots of kids have lots of different talents, but Nick’s the total package. He’s highly-respected in the community, he’s driven and he works to get better every day.”

Gerber is ranked No. 12 in his senior class with a 3.9 grade-point average. He’s the point guard on the basketball team and plays baseball for the Lobos.

“There was a little talk about breaking the record, but in the end everyone just wanted to win,” Sanderson said. “And the more we keep playing, the better chance he has to break more records. It couldn’t happen to a better kid.”

Gerber and the crew get a chance to pad that record and approach more with a regional game this week against Andrews. These teams met in Week 3 when Andrews beat the Lobos, 77-76. Gerber completed 31-of-44 passes for 563 yards and nine touchdowns with no interceptions in the loss. NINE touchdown passes and a 152.5 passer rating.

Andrews (11-1) puts up gobs of points and the showdown in Lubbock this Friday could be another high-scoring affair. Sanderson said his team will need to play better defense on first downs and not give up big plays to slow down the Mustangs, who average 55 points a game. The only loss by Andrews this season was to Lubbock Coronado (11-1), which is still alive in the Class 5A Division I playoffs.

“They have a real good team and a very good quarterback,” Sanderson said of Andrews.

Gerber is third on the state list of single-season passing yards with 5,036, which is behind Eppler’s 5,444 and Refugio’s Travis Quintanilla (5,557 — in 2013). Gerber’s 153 career touchdown passes are fifth all-time. He needs six touchdown passes to pass Eppler and 31 more to catch Quintanilla’s 184.

Sanderson said Gerber isn’t getting many looks right now because, like Eppler, 6-foot-1 isn’t what a college scout is looking for and neither is a quarterback who doesn’t run a 4.4-second 40.

Eppler found his way to Trinity Valley Community College after no big-time offers.

“He’s like having a coach on the field,” Sanderson said. “He knows how to read defenses and put us in the best position to win.”

Andrew Luck being Cautious with Concussion likely out Thursday

Cedar Hill and Mansfield both vying for December games 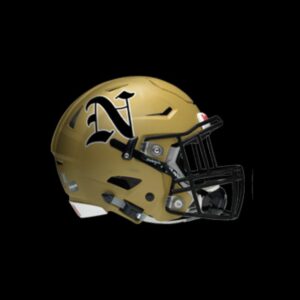