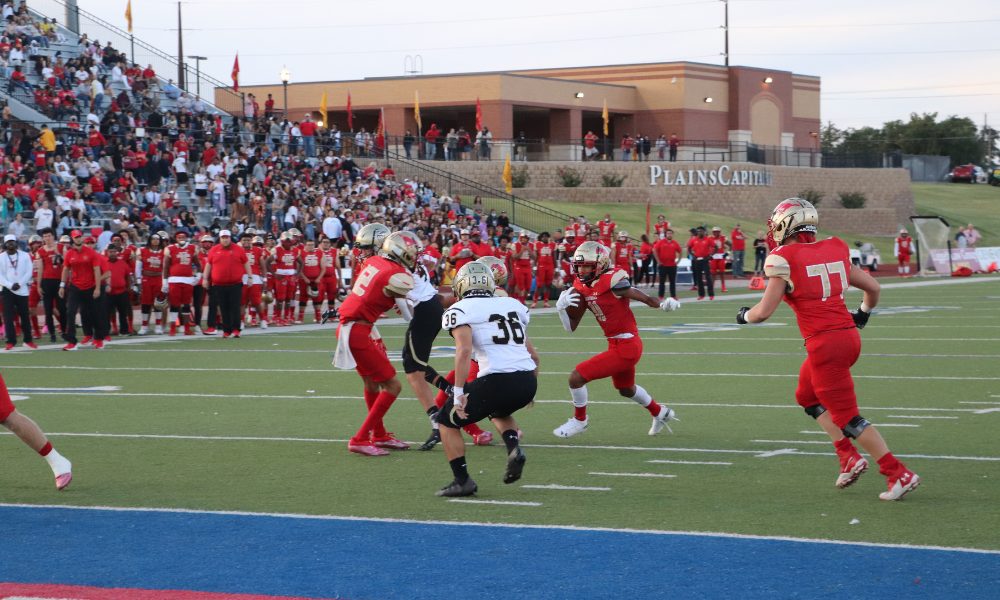 The Lubbock Coronado Mustangs handled their cross-town rival, the Lubbock High Westerners in a 49-6 victory in week seven of the season. 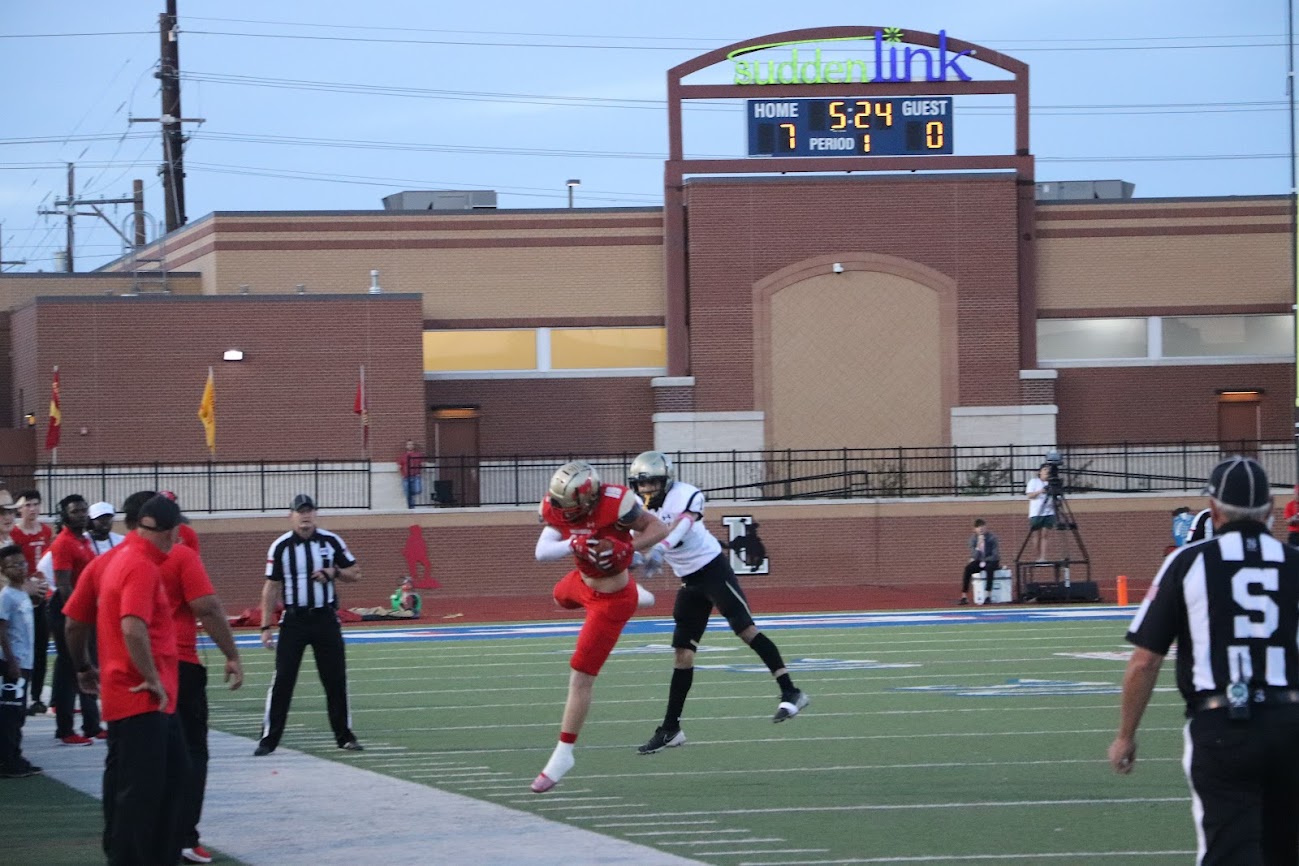 QB Jett Carroll connected with Surreal Garrett for a short 8-yard pass early in the 1st quarter. The Mustangs’ defense forced the Westerners’ offense to punt on the next drive.

On Coronado’s next possession, the Mustangs’ offense drove it deep into Lubbock High territory, but the Westerners’ defense forced a Mustang field goal try. The Mustangs missed the field goal attempt and gave the Westerners the ball back at the end of the 1st quarter.

Carroll added to his touchdown total with a 6-yard toss to Garrett to add on to the lead making it a 21-0 ball game early 2nd quarter. The Mustangs’ defense joined in on the scoring, with a 41-yard pick-six by DB Cam Manahan. 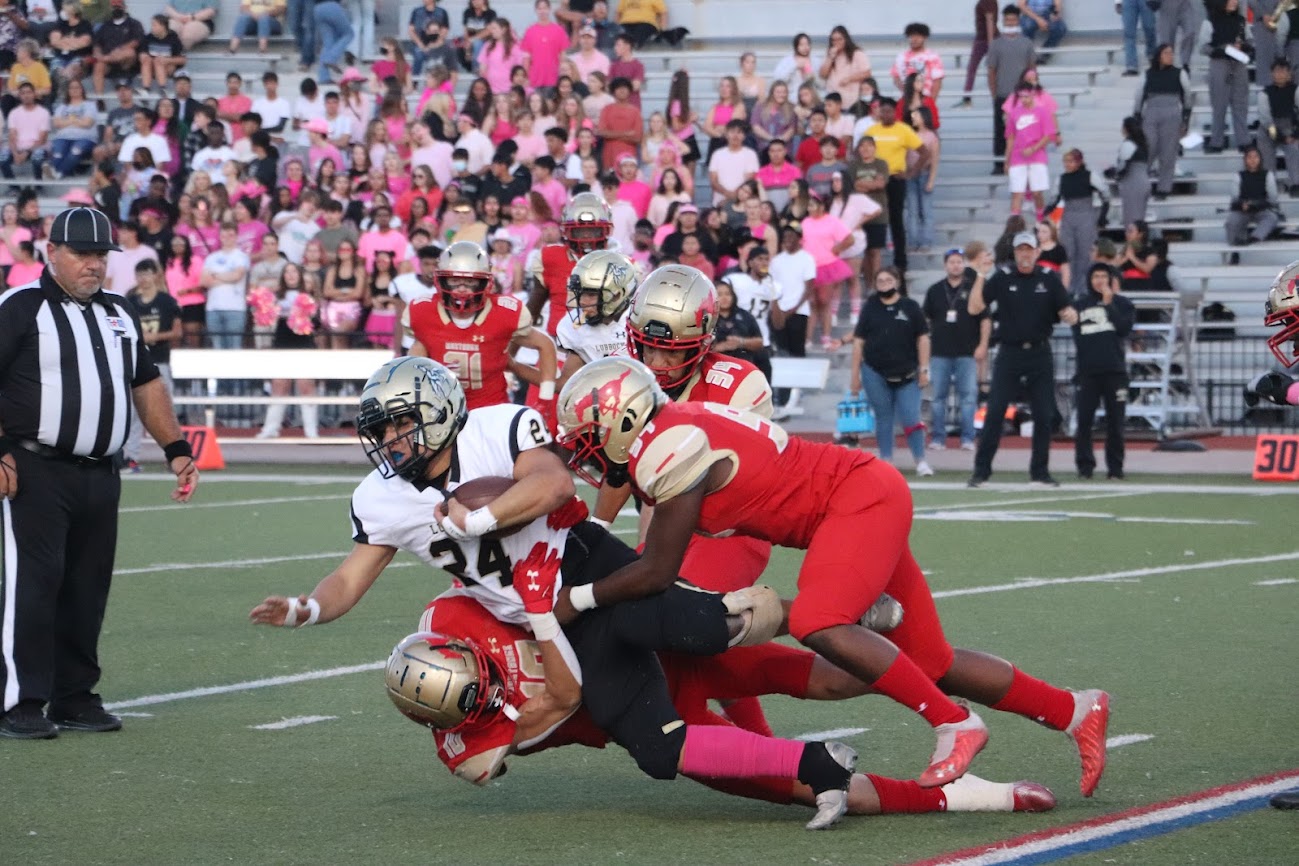 Running back, Antonio Malone also joined in on the scoring with a 1-yard touchdown run to make it a 35-0 ballgame at halftime.

More Coronado in the 2nd half

The Mustangs scored on their first offensive possession of the 2nd half. This time it was backup quarterback, Isaiah Vasquez with a 38-yard touchdown pass to Stephens. Carroll came back in the game and threw another touchdown pass to Garrett for 39 yards putting the score 49-0 at this time.

Lubbock High finally got on the scoreboard. A bad snap from Coronado ended up in the end zone and was recovered by the Lubbock High defense making the game 49-6 late in the 3rd quarter.

The 4th quarter showed no scoring after both offenses traded punts throughout the quarter.

Coronado wins their third game in a row

The Mustangs won their third game in a row, putting their record at 3-3 overall and 2-0 in district play. The loss would put the Westerners’ overall record at 1-6 and 0-3 in the district.

The Mustangs look to make it four wins in a row next week as they travel to take on the Amarillo High Sandies next Friday night.

The Westerners look to get their first win in the district as they will take on the Amarillo Palo Duro Dons next Thursday night at home.