Manvel Punches Ticket Back To Arlington In Dominant Win Over Angleton 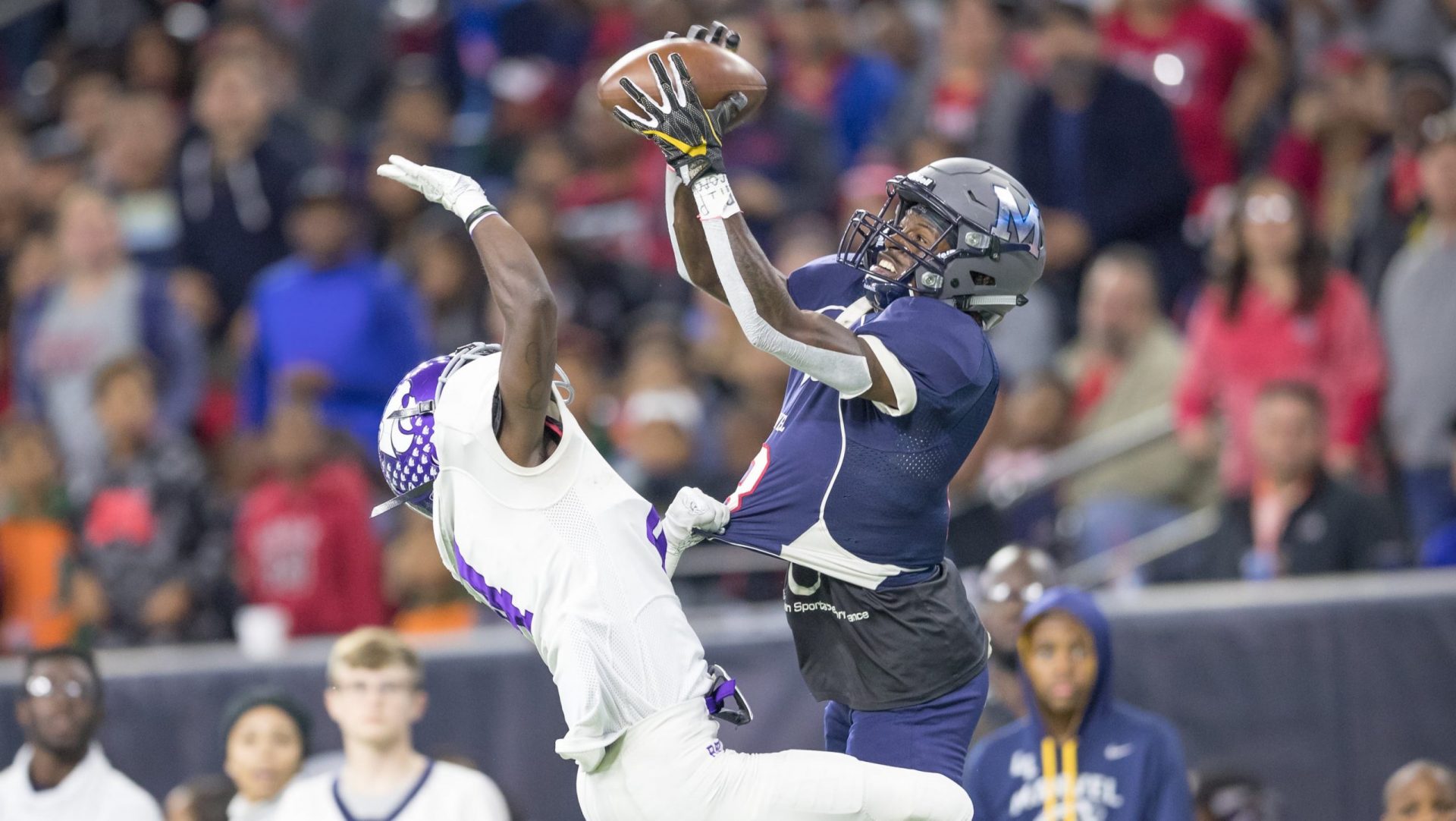 HOUSTON– The drought is over for Manvel.

After a long-awaited six years, the Manvel Mavericks have finally made their way back to the UIL State Championships in Arlington, Texas following an impressive 35-10 win over Angleton at NRG Stadium Friday night.

“To get to play for a championship for the second time in school history is special,” Manvel Head Coach Kirk Martin said after clinching a state title birth in Houston.

Manvel started off the first half remarkably fast, scoring the first touchdown of the game and then responding to Angleton’s lone score of the first half with four unanswered touchdowns before the mid-game stretch. 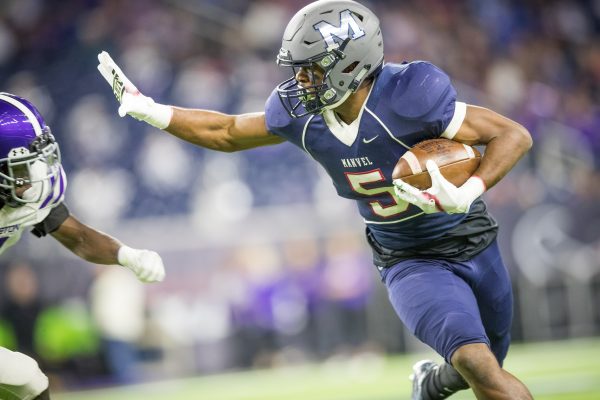 Angleton was undeterred by the speed of Manvel and countered with their own score the very next drive. B.J. Foster, a Texas commit, provided the necessary spark for his Wildcats as he trounced down the left sideline on the stretch play en-route to a 24-yard touchdown.

That’s when the Mavericks would strike back and run away thanks to senior running back Deneric Prince. Manvel was given great field position after the kick and he made the most out of it, taking off 59-yards untouched for a score just 10 seconds after Angleton matched the game at 7-7 with 7:24 left to play in the first. 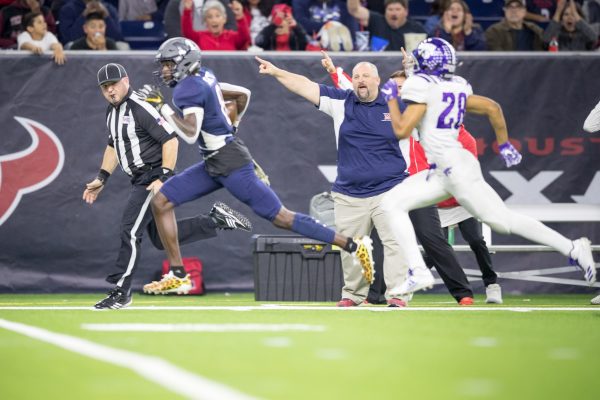 The Manvel attack would continue once more in the first quarter as quarterback Kason Martin connected with wide receiver Kam Scott for a beautiful 78-yard touchdown pass down the right sideline. Scott strolled into the end-zone and celebrated with his teammates as he and his team were now up 21-7 with 23 seconds remaining in just the first quarter.

Owens would double-down on touchdowns in the second quarter after a nifty 35-yard touchdown run with 6:45 left in the half to put up Manvel by three scores. Manvel would end their scoring with a dagger in the end of the first half via a 4-yard rushing touchdown from four star wide receiver Jalen Preston out of the wildcat formation with 23 seconds remaining.

“It wasn’t until the clock hit zero that I counted it over,” quarterback Kason Martin remarked. “But after going up 35-10 in the first half, we just had a lot of momentum, a lot of confidence.” Even in the midst of a win, Martin would go on to praise the Angleton defense, saying that “[Angleton’s defense] is something really, really serious”. 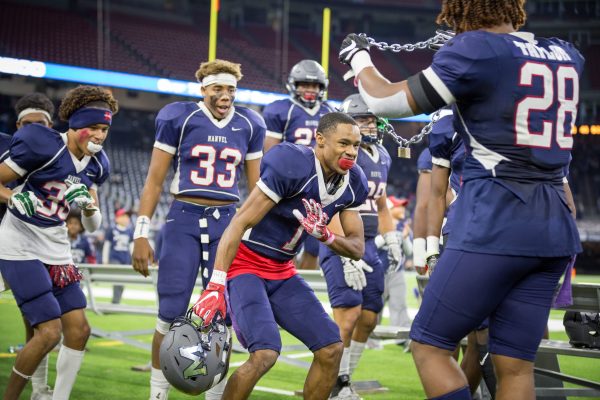 For both Kirk and Kason Martin, this was more than just a win, more than just a trip to state. “This is a dream come true,” Kason exclaimed. “I’ve been dreaming about this since first grade. To win with your family, to win with my dad is just so, so sweet and to hug him in the end made it all worth it.”

After the game, Coach Martin gathered his team around before heading into the locker room. His last words before they broke into prayer were short but to the point: “This is a family right here. Let’s go finish this. Hoka Hey!”

Manvel (14-0) will face off against Highland Park next Friday at 7pm at AT&T Stadium in Arlington, Texas for the UIL 5A DI State Championship.