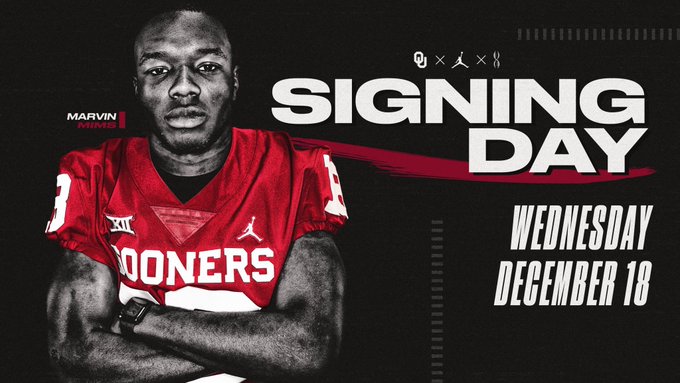 First, the Frisco Lone Star standout broke the state’s career receiving yards record with a 127-yard performance during Saturday’s 35-7 loss to Denton Ryan in the Class 5A, Division I state semifinals. The showing gives him 5,485 yards for his career.

Then, he was named the 2019 Mr. Texas Football High School Player of the Year, joining some of the biggest names to ever line up on Friday nights as a recipient of the award. Past winners include Kyler Murray, Johnny Manziel and Johnathan Gray.

Now, Mims adds to his recent list of accomplishments by making his collegiate commitment to Oklahoma official during an early National Signing Day ceremony.

Mims gave everyone in Norman a glimpse of what they can expect in the future after finishing his senior season with 117 catches for a national record 2,629 yards and 32 touchdowns.