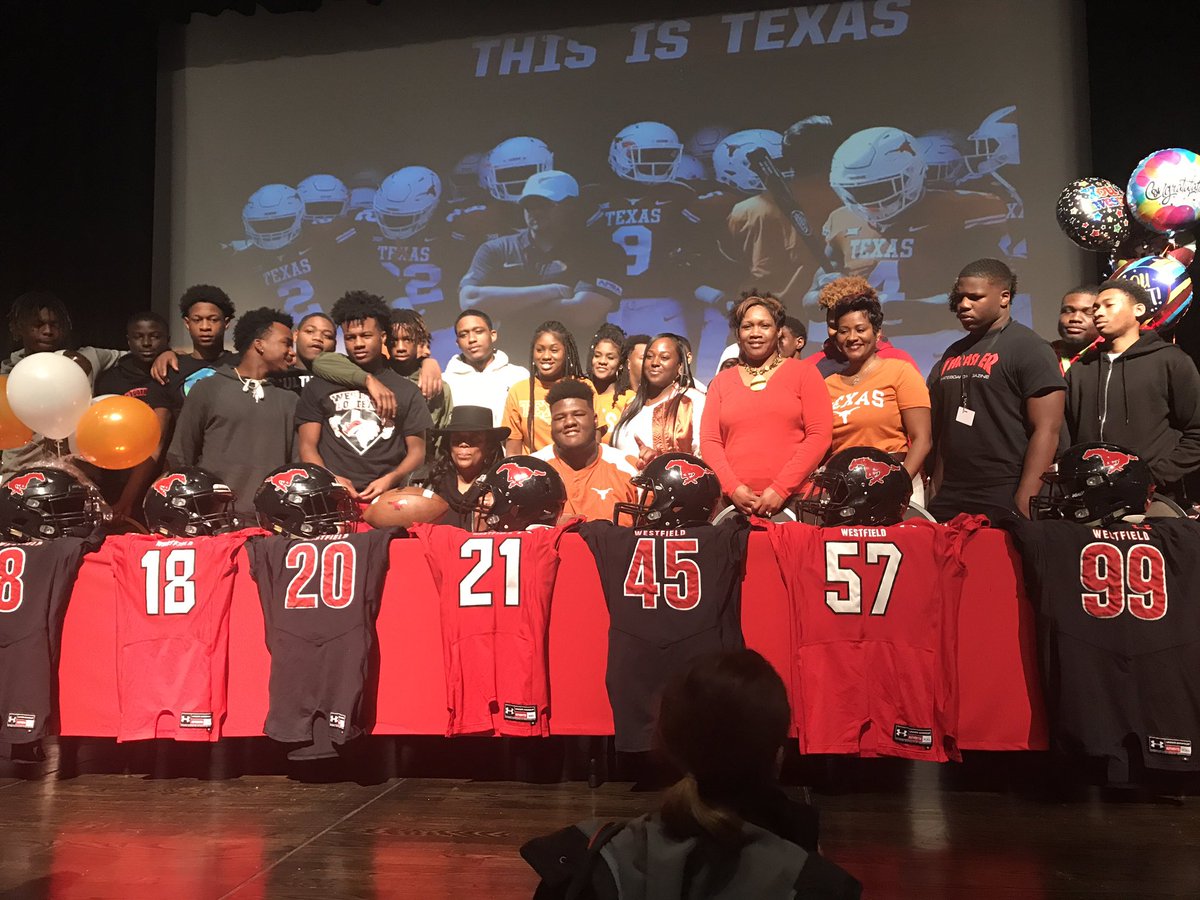 During National Signing Day, thousands of athletes throughout the nation and hundreds in Texas placed signatures to paper to secure collegiate futures.

A handful of the potential NCAA Division I prospects that signed Wednesday landed in a Power 5 Conference, strengthening the Atlantic Coast Conference, Big 12, Big Ten, Pac-12, and Southeastern Conference.

Here’s how Texas’ recruits can help each of these powerhouses and possible conference and national champions:

The Bulldogs, which were No. 2 in recruiting last off season, are light on Texas talent outside of Schertz Clemens’ four-star wide receiver. At 6-foot-5 and 191 pounds, Tommy Bush may be enough.

The No. 23 athlete in the state and the No. 37 pass catcher in the nation is one three athletes — Dallas Highland Park true freshman J.T. Dooley and Prestonwood Christian redshirt sophomore J.R. Reed — that could be on the official Georgia roster when the 2018 season begins.

His size, catch radius and speed, though, is more important to the quarterback that will be pitching him the ball and the shoes Head Coach Kirby Smart will need him to step into than the state of his origin.

Bush will be the only 6-foot-4 or taller wide receiver on the roster outside of Pinellas, Florida freshman Matt Landers. Of the 19 receivers expected to compete for playing time next year, nine are 6-foot-1 or shorter. Bush could be either Jake Fromm or newly enrolled Bulldog and five-star dual-threat quarterback Justin Fields’ go-to receiver.

The Buckeyes will kiss goodby to Wichita Falls Rider alum J.T. Barrett and welcome in another quarterback with Texas bloodlines based 277 miles to the south — Matthew Baldwin.

While Jackson’s 305-pound frame is enough size to entice any coordinator to place him in a defensive rotation after National Signing Day, Baldwin will have to battle with highly-touted Bishop Gorman (Las Vegas, NV) soon-to-be-sophomore Tate Martell and three other second-year gunslingers for his place on the Ohio State’s depth chart.

“I do a great job at getting the ball into the hands of the playmakers,” Baldwin said to ABC 6 News Columbus. “I like to think I’m accurate. I can run and extend plays with my legs when I need to but I prefer sitting back there and throwing. What ever is asked of me I can do.”

Placing Baldwin atop the depth chart would signal a move away from the strengths of Barrett and place the ball into the hands of a quarterback with the size to survey the field with a three-step drop and find receivers down the field on deep creases.

With Houston Westfield four-star defensive tackle Keondre Coburn firmly in the Longhorn fold, the University of Texas arguably has a recruiting class better than No. 3.

The “Revolution18” namesake Texas tagged this year’s recruiting class with  may be right on the nose. The Longhorn 2018 class boasts two five-star, 17 four-star, and eight three-star athletes. Nineteen of those 27 prospects come from the Lone Star State.

With the high-powered offenses of Oklahoma and Texas Christian University sharing Big 12 Conference space, Tom Herman may have given Austin a litany of ways to not only keep up, but also outpace its rivals to a conference championship. 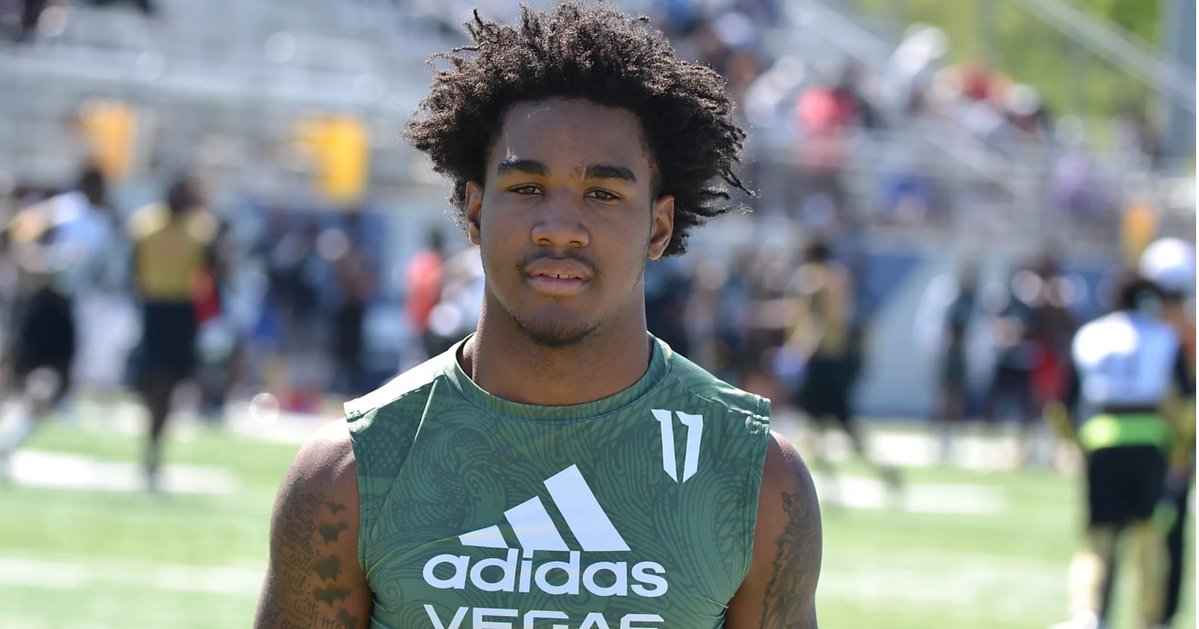 Like Georgia, the Crimson Tide is light on Texas talent outside of Bellaire Episcopal wide receiver Jaylen Waddle after National Signing Day.

Unlike the Bulldogs, though, they have a slew of national championships on their resume and two of their roster’s best defensive backs —Sachse’s Jared Mayden and West Orange-Stark’s Deionte Thompson — as seasoned veterans.

Alabama has an experience roster with national championship hardware. It has a true freshman quarterback in Tua Tagovailoa and one of the best defenses in college football. With Waddle, it has an electrifying and game-changing athlete able to rival that of new Arkansas signee Nathan Parodi of Lake Travis High School. 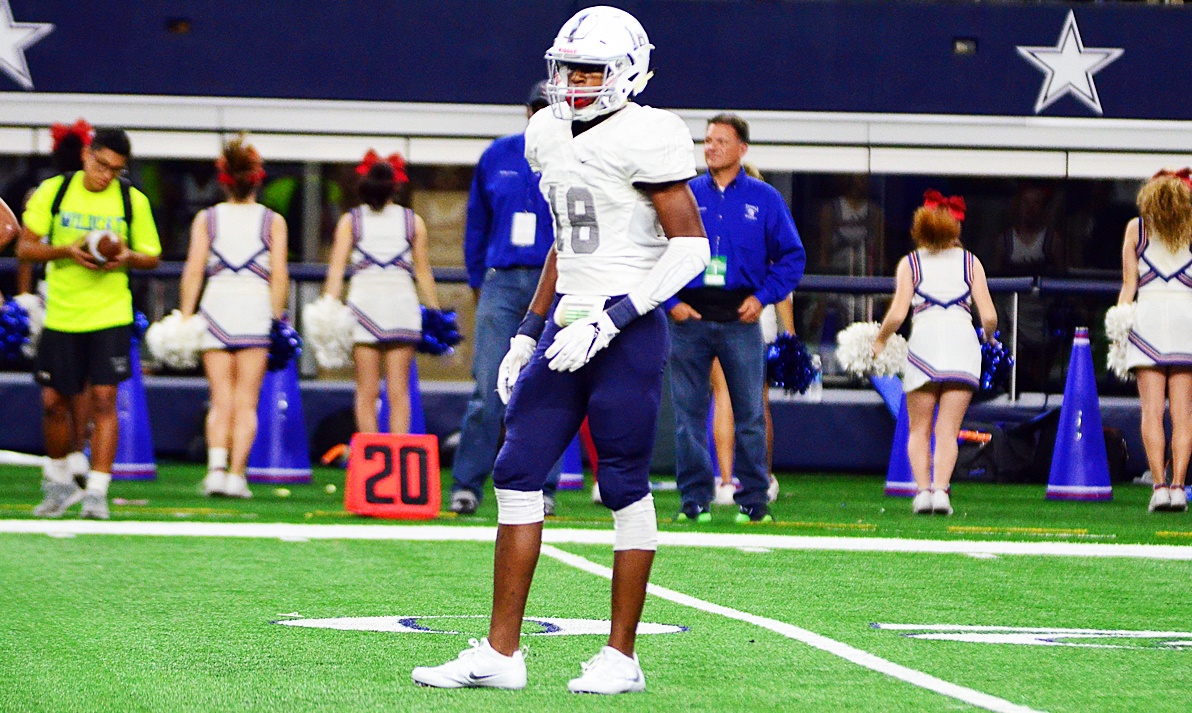 The now Saquon Barkley-less Nittany Lions re-tooled their roster with a flurry of signings, including Manvel Trent Gordon and Sachse safety Isaiah Humphries.

Though Gordon and Humphries are only two of three athletes from Texas, they are a pair of the most talented on the roster. Humphries finished 2017 season fourth in tackles (60) with the Mustangs and led the team in interceptions (7).

Gordon, a focal piece of Manvel’s 2017 state championship defense, had 41 tackles (30 solo), five passes defended, an interception, and a sack. The duo can make an immediate impact in a Big Ten Conference that is influx with Michigan, Michigan State, and Ohio State experiencing changes during the offseason.