Not So Sweetwater As Mustangs Fall At Home

Share on Facebook Share
Share on TwitterTweet
Share on Pinterest Share
Share on LinkedIn Share
SWEETWATER, Texas — One of the state’s top ranked 4A programs has gone down.
Seminole controlled the clock, made key plays down the stretch and came away with a shocking 28-27 win over No. 10 Sweetwater in the Mustang Bowl on Friday night.
“It’s a big win for us, but it’s just one game a week,” said Seminole head coach Kent Jackson. “Everybody panicked after that first loss to Lubbock High. But we quit reading the papers and went to work. They rallied. I’m so proud they kept fighting and won this game.”
Seminole had possession to being the overtime period and quickly drove down inside the 5-yard line. Senior quarterback Alex Menchaca capped off the possession with a 1-yard touchdown plunge to give Seminole a 28-21 lead.
After a couple of miscues, Sweetwater responded as Chris Thompson connected with Kobe Clark in the corner of the end zone for a touchdown. However, Seminole’s special teams made the difference.
Seminole defensive back Ransom Edwards applied pressure and linebacker Cade Barnard got his finger tips on the ball on the point after try fell no good, giving the Indians the victory.
Feels So Good
“It’s a good feeling,” Barnard said. “It’s cold out here, and you’re shivering, but it feels warmer on this side. We just played phenomenal as a team. We just freaking came together. To get a win in the Mustang Bowl is incredible.
“On that extra point, Ransom was about to block it off the edge, but he missed it. The kicker tried to readjust and kicked it, and it went right over my hand. I felt like I got a hand on it.”
Sweetwater led 21-13 late in the fourth quarter, but Barnard and the Seminole defense rose to the occasion and made a 4th-and-1 stop at the Sweetwater 35-yard-line with 2:34 remaining in the game.
Barnard got things done on the offensive side of the ball as well as he took a sweep around the edge and converted on a pivotal 4th-and-6 on the ensuing drive. Menchaca, just like he did in overtime, scampered in for a touchdown to close the gap to two.
Seminole lined up in the old swing and gate formation and tied the game the game on a pass to tight end Reese Moore, who actually snapped the ball on the play.
“It’s just part of our gate package,” Jackson said. “We’ve got a series down there that we run. Our kids work it three times a week, so it’s just part of what we do. We needed Reese to step up, and he came through in a big way.”
Moore, a Texas offensive tackle commit, finished the game with four receptions for 144 yards and the two-point conversion. Barnard logged several tackles, threw a touchdown pass in the first half and lined up on special teams.
What Now?
Seminole moves to 8-1 overall and is in sole possession of first place in the 4A-2 DII district standings. The Indians can lock up an outright district title against Fort Stockton next week.
“We are playing very hard,” Jackson said. “We are going to fight a very good Fort Stockton team at our place next week on senior night. We thank the lord we have a chance to represent this district in the playoffs.”

Judson ‘Rockets’ Past Clemens In Second Half 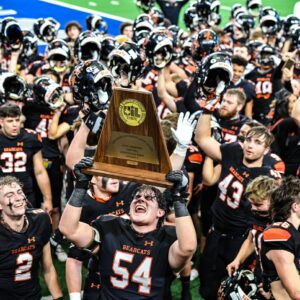 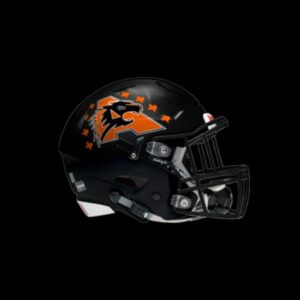