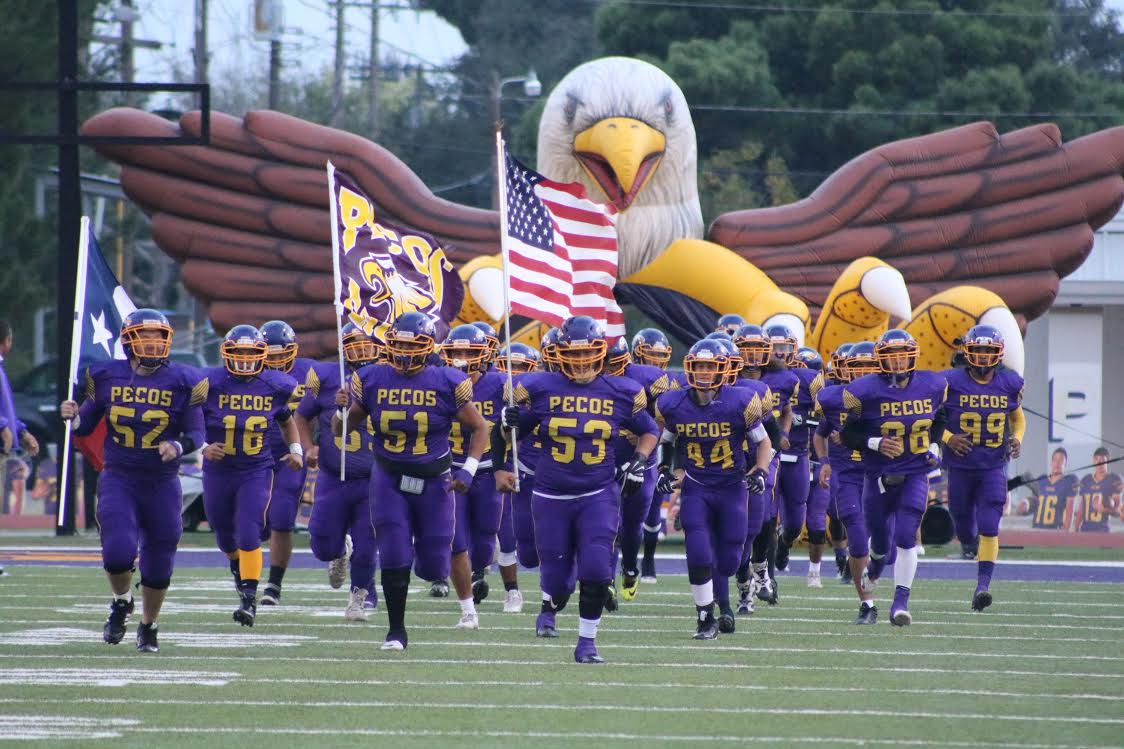 Pecos may be the home of the world’s first rodeo, but the West Texas town is also home to a strong football team. The Eagles have started 4-0 for the first time in more than two decades, according to head coach Chris Henson. He credits the experience of his team as one of the biggest reasons for their early success.

“Their team chemistry is strong. It feels like they’ve thrown a million passes to each other,” the twelfth-year head coach said of his senior-laden squad, “We have 27 seniors on our roster and they’ve been together since the seventh grade. They believe and trust each other.”

Those intangibles have helped the navigate the Eagles through several close games already. After a 30-point season-opening win over Brady, Pecos has won their last three games by a combined eight points.

In last week’s win at Fabens, the Eagles blocked an extra point in the second half and held on late to secure the win. Henson’s message was simple on Friday night: “We’ve been here and done that the last two weeks in a row, let’s go do it again.”

The Eagles responded to the challenge.

“It says a lot about our kids. They’ll never quit,” Henson said, “You can see it in their eyes. They believe in our system, what we as coaches are doing and in each other and that’s a big part of it.” 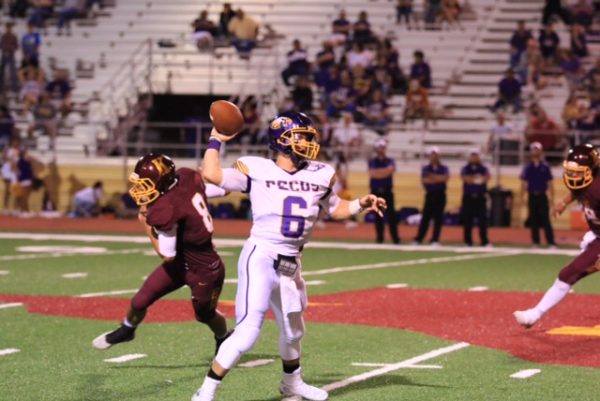 One of those leaders that has been the head coach’s son, Bubba Henson. The starting quarterback for the Eagles has been a team captain since his sophomore year and has put up solid numbers so far, throwing for 776 yards and scoring 12 total touchdowns.

“He’s a great example of a leader. As a dad, I’ve never had to tell him to get to the weight room or get to the field to throw,” Coach Henson said of his son, “I’m not joking, he was probably in the weight room more often than I was this summer. He always seems to be the first one in and the rest of the team seems to lean and rely on him for what he does.”

Through four games, the offense has put up solid numbers (363.5 yards per game, 28.8 points per game) and Henson is encouraged by their potential, saying that they haven’t played at their best yet this year. Bubba Henson’s efforts along with junior running Michael Rambo (254 yards, 5 TD) and receiver EJ Garcia (182 yards, TD) have all helped.

As the offense continues to improve, Henson notes that his defense has come a long way and made a difference through the first four games of the year.

“Our defense has really stepped up.” he said of the unit, “Over the last few years, we’ve struggled on that side of the ball. But they’ve played great and kept us in a lot of games.”

That defense will face their toughest task to date on Friday night at Eagle Stadium. Pecos hosts a Sweetwater team coming off of an appearance in the Class 4A Division II title game last December in a District 2-4A DII opener. The Mustangs won handily over Pecos last year (80-38) but Henson believes that things could be different this time around. 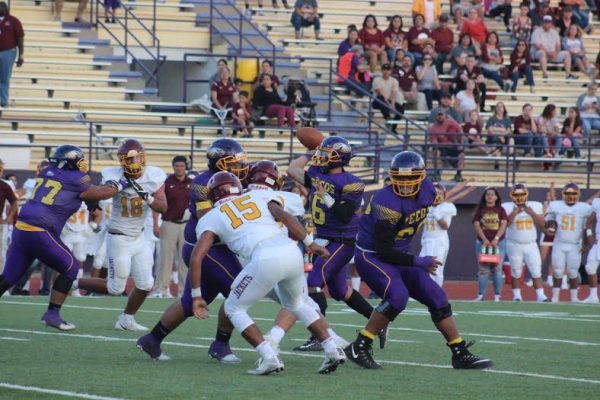 The Pecos Eagles are 4-0 and ready for their big game with Sweetwater on Friday night. (Photo: Pecos High School Journalism)

“We need to keep this game as close as we can heading into the fourth quarter,” Henson said of his upcoming game, “If we can keep it tight and close with our recent history, I think we have a chance.”

Even after this Sweetwater game, there’s another goal in mind for the Eagles: winning their first playoff game since 1975. Pecos have made it to the postseason multiple times in that span, but Henson believes that the 2017 Eagles can break through.

“It’s been one of our goals since we’ve been here in Pecos,” Henson said, “We’d like to accomplish that this year. We just have to keep improving each day and be mentally tough.”