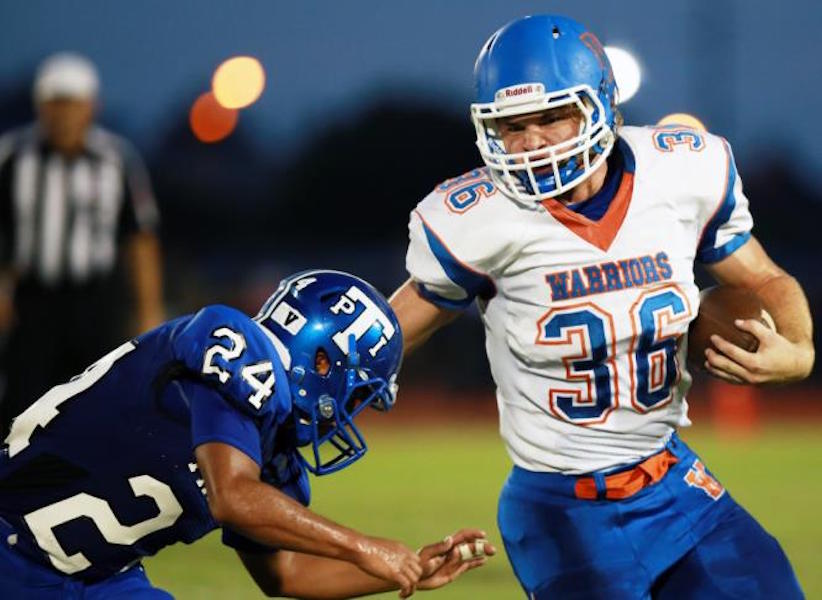 The 11-Man bracket of the Texas Christian Athletic League has gone to form leading up to the championship that will take place at 3:30 PM Saturday, Nov. 26. The two teams that will play in the championship game are Pro-Vision Academy and Tomball Christian Home School. They have many things common. They are from Houston, are 8-2 and they were rewarded with byes in the quarterfinals and easy, non-competitive games in the semifinals.

The game is a rematch from their game of the season. It was a win by Pro-Vision Academy 26-16 that was highlighted by a 14-3 advantage in the second quarter and a 12-6 fourth quarter. The first stat of the game was the combined total passing yards of 215 between both teams. The second stat of the game was the rushing attack of Pro-Vision Academy. They used three running backs and averaged a staggering 17 yards per carry. Junior Byron Mack ran for 142 yards and two touchdowns on nine carries, senior Khalil Williams ran for 157 yards and a touchdown on eight carries and senior Jacory Cooper had 123 yards on eight carries. The final total was 25 carries and 422 yards. Williams also had a receiving touchdown and returned a kick for 80 yards.

Pro-Vision Academy lost their next two games after that to two quality opponents. One was a rough shutout at La Marque 36-0 on Sept. 2 and the other was a 27-19 loss at Houston Christian on Sept. 16. They followed with seven straight wins to capture District 1 of TCAL. They won in blowouts at KIPP Houston, KIPP Northeast, home against KIPP Generations Collegiate, at O’Connell, at KIPP Sunnyside and at C.O.R.E. Academy.

Their best win was over O’Connell on Oct. 15, which they won 66-26 with 59 points in the final three quarters. They played KIPP Sunnyside again in the semifinals and won a shutout 40-0.

Pro-Vision Academy’s yardage leaders are Mack and Williams. They have 15 sacks as a team and four different players with at least three sacks on the season. They have allowed 67 total points in their last seven games.

For the Tomball Christian HomeSchool Warriors, their two losses came in their first two games of the season. The first was against Pro-Vision Academy and the other was a blow out on Sept. 2 at Port Isabel on 26-16.

The Warriors won a defensive battle in their semifinal game against the O’Connell Buccaneers 22-6. They had a slim 8 to 6 lead after three quarters and pulled away with 14 points in the fourth quarter. The Warriors had three interceptions from three different players: one from senior Preston Rajski, one from junior Christian Vaughn and one from junior Devin Wood.

Despite scoring just 22 points, the Warriors were able to control the game by running the ball successfully with five different backs. Junior quarterback Ethan Wilkins struggled by losing 12 yards on nine carries, but the four other backs still ran for 245 rushing yards on 46 carries for an average of five yards. Rajski had one rushing touchdown and so did senior Quint Shivers.