Note: This interview was conducted prior to Texas Gov. Greg Abbott announcing that public and private classrooms would be closed for the remainder of the academic year.

“The Lady on the Hill” hired its newest head football coach this month in hopes of restoring the winning tradition at El Paso High.

Ray Aguilar Jr. looks to turn the program after the Tigers went 0-10 in 2019. Aguilar spent two years as head coach at San Elizario where he went 9-13 and helped the Eagles snap a 19-year postseason drought.

Aguilar, 28, is a graduate of El Paso Coronado and went on to coach as an undergraduate at UTEP under Mike Price then at Texas under Mack Brown before graduating from UT in 2015. Prior to taking over at San Eli, Aguilar made coaching stops at Austin Hyde Park, Houston Westbury and Klein Forest and has an Educational Leadership Masters Degree from Grand Canyon University. 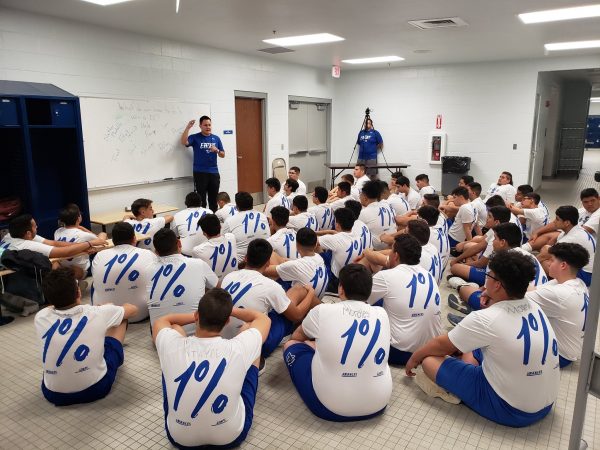 How excited are you for the opportunity to take over at EPHS?
I’m so excited. We’re talking about a school with so much pride and so much tradition, a beautiful stadium, a really strong alumni backing and community support. It’s really close to home. San Eli was an hour away for me so that was kind of a long drive, but El Paso is very close to home so it’s a better situation for my family. All around, it’s just a great place to be with really great kids, not just athletically, but they’re really smart kids, which is really cool. This is a really elite academic school and the kids think a little bit different. With all of this pride and tradition, it’s just a really cool place to be. I could tell, as soon as the news came out, I probably had at least 100 people reach out to me via social media or email, I don’t know how they get my contact information, but they’re just alumni and community supporters. All they’re saying is great things about El Paso High, they’re excited about Tiger Football and Tiger Tour 2020 and it’s exciting to be at a place like that.

How hard was the decision to leave San Eli and what was your proudest accomplishment as Eagles head coach?
When I took over San Eli, the team was 0-10 the year before and hadn’t really experienced too much success. It had been almost 20 years since they had a winning season so I took a risk going to a place like that, it’s not very highly regarded in town as a football school. They have a very successful soccer program, a very successful cross country and track program, volleyball, all of the other sports were doing well, but football was lacking. I took a chance, I knew there were athletes there, I knew they were hungry to win and one of my proudest moments was being able to turn that program around and really get the kids excited. Get everyone in that school excited about the San Elizario Eagles again, it was a lot of fun, the two years I had no complaints, it was an hour drive from my house and I just had a newborn son, that’s who. I’m hanging out with today, so that was a major influence on me deciding to apply for El Paso High. El Paso High is 15 minutes from my house and San Eli is an hour, now I’m able to be closer to home. Family was a big decision maker when making that move, but I have nothing bad to say about San Eli. (It has) a really, really strong principal and administration there that are supportive of the program and really wanted to turn it around. We did some good things and it was hard to leave, I love those kids, but I told them I’m always here for you guys, even though I’m not your head football coach anymore, I’ll always be your football coach. It’s really hard to leave a place like that.

San Eli was also 0-10 the year prior to you taking over. Are there any lessons that you learned that will help you with turning El Paso around?
With the exception of Hyde Park, every school that we went to had struggled before we got there and we were able to get it going in the right direction and do some really cool things. I’ve always been one to run into the fire in terms or programs that need that flip or need that turnaround. San Eli was that, it was a school that wanted that change, that needed the change and we were able to do it. The lessons that I learned throughout my entire coaching career are what are going to make a difference at El Paso High in creating that exciting and engaging environment in the El Paso High Football Program.

Taking over a program is always challenging, but how much harder is it to take over given the uncertainty because of COVID-19?
Everybody’s kind of been talking about that. It’s a challenge, but I’m a glass half full type of guy. To me, it’s just an opportunity to do something that has never been done before. It’s exciting to me, obviously there’s a lot of negative repercussions health-wise and economic-wise with COVID, but to me it’s an opportunity to really learn more about the ways kids think, the way they do social media and how they communicate. It’s just very different. It’s a challenge, but it’s an exciting one. 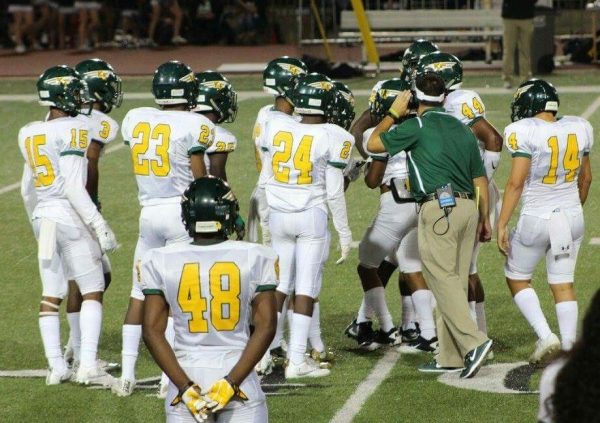 Have you had a chance to put together your coaching staff and decide on your offensive and defensive schemes?
A little bit, everything is done through Zoom nowadays and I’ve had coaches reach out to me about joining El Paso High. I have been able to a little bit, but not as much obviously as if I was in the office.

What made you want to be a high school football coach and who are some of the coaches that influence you?
I’m big on culture and big on character building. I like the X’s and O’s part of it, don’t get me wrong, but I got into coaching as a platform to help build great young men. I like to use football and I think God gave me this gift coaching football to reach out to kids and build those relationships. I got into coaching because it’s a platform for me to raise young people. My goal, and this is what I tell the kids, if you invite me to your wedding, if you invite me to your kids baby shower and if you’re doing well for yourself, then I did well as a coach, I don’t care what my record says. I’m a third generation Texas High School Football Coach, I’ve had really good influence, ever since I was born, it’s been in my blood. That’s really my passion and that’s why I got into coaching, to influence young people and to raise really good young people.

Jones Stadium is one of the best stadiums in Texas, how much are you looking forward to playing there?
I had the opportunity at San Eli to scrimmage them twice so I was able to go to R.R. Jones. You talk about it and you see pictures and stuff, but it’s not really real until you are in that stadium and you really see it. You kind feel the power and the price and the tradition that’s there at that school. It’s a special place and you really don’t know until you step in it how cool it really is.

What can Tiger fans expect from the team this fall?
Energy, I think the big thing is excitement. The kids are excited, they’re hungry to win, they’re hungry to turn the program around and I think right away you’re going to see the biggest change is that. The attitude of the kids, the way they handle themselves and they’re really, really hungry to turn the program around and restore the pride of El Paso. Offensively, we’re going to play really fast, we’re going to play a really fast spread-style offense and defensively we’re going to play tough, rally to the ball and create turnovers. The kids are excited, I hope the alumni and community are excited and I hope come Aug. 28, everyone that is associated with the El Paso High Tigers and went to El Paso High fills that stadium. 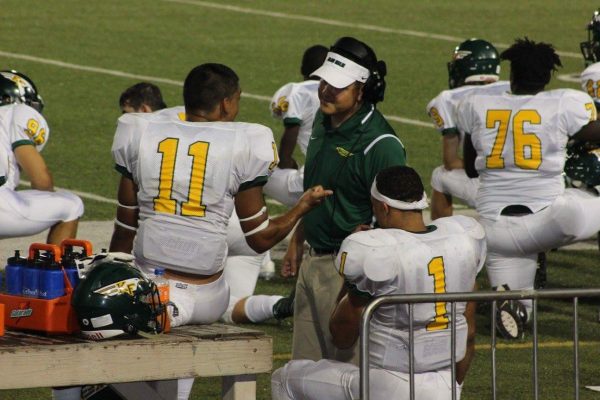 Opinion: Has the word ‘commitment’ lost its value?