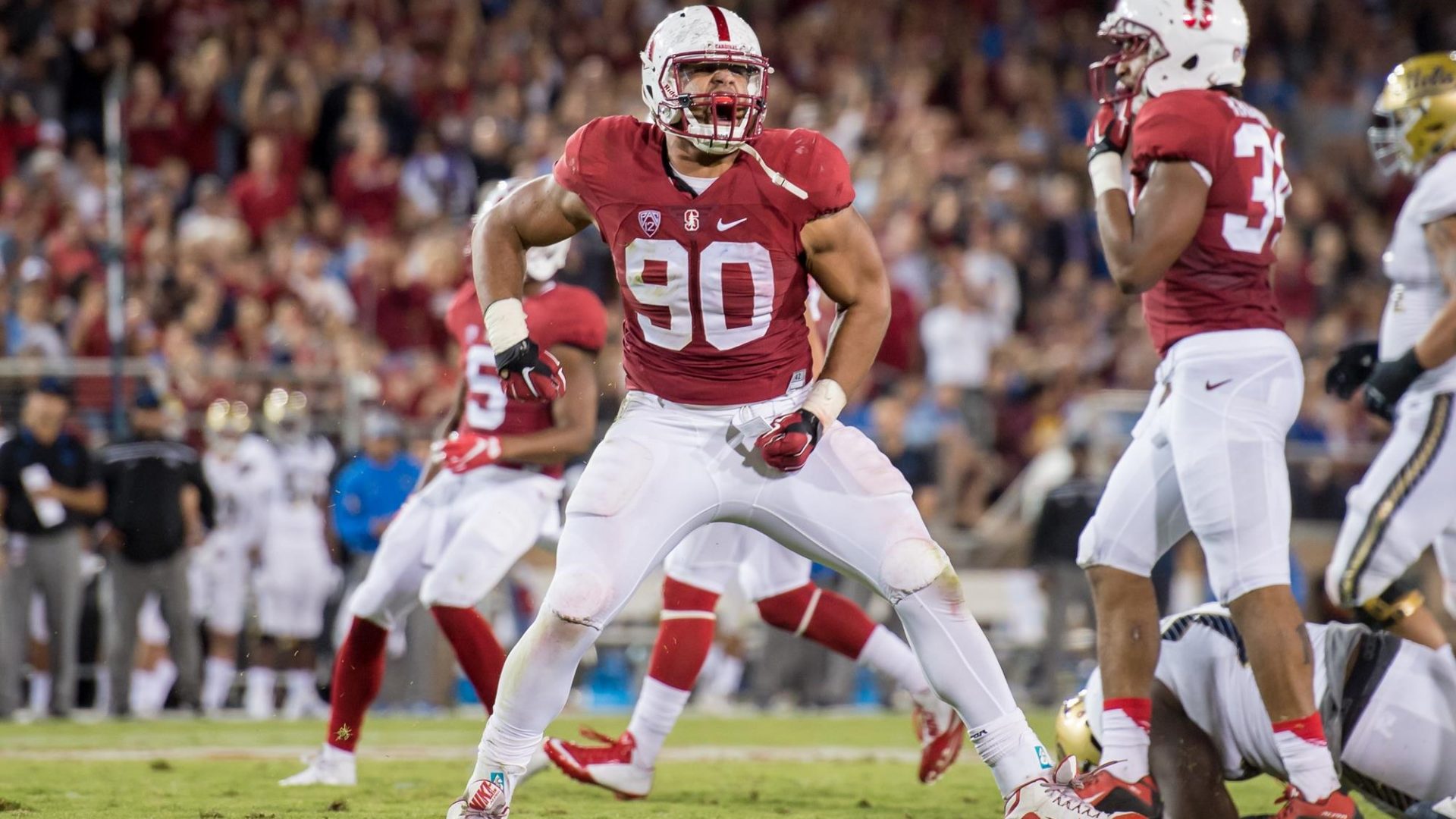 Solomon Thomas never stops working. It’s been a part of him since his days at Coppell High School and now as a team captain for the Stanford Cardinal. Ask him about the strongest part of his game today and he’ll still tell you it’s his never-ending motor.

“I never stop playing,” Thomas told local reporters on Tuesday, “I can stop the run on first and second down and I can rush the passer on third down. I just play as hard as I can and I’m going to give nothing short of my best on the field.”

After an impressive sophomore season, 2016 has been his best year to date as a member of the Cardinal. Thomas is tied for the team lead in tackles (55), tackles for loss (13), and the team leader in sacks (7). Those efforts have earned him recognitions from first team All Pac-12 to the winner of the Morris Trophy Award, given to the Pac-12’s best offensive and defensive lineman.

“He’s not 6-5, 300 pounds but when he hits you, that’s what it feels like,” Shaw said, “The great thing for us is that you typically don’t see an interior defensive lineman disrupt games and that’s what you see from Solomon.”

That ability has also been seen by scouts at the next level, some of whom are projecting Thomas as a top prospect. But, Thomas isn’t too focused on those questions and hasn’t addressed his future at Stanford after this season. Instead, he’s focusing on stopping Mitch Trubisky and the high-octane North Carolina offense on Friday in the Hyundai Sun Bowl.

Thomas will look to lead to cap off a 10-win season for the Cardinal that was up-and-down for stretches this season. After a 3-0 start, Stanford lost three of their next four and dropped to 4-3. Since then, Stanford has won five in a row and are playing some of their best football of the season. Thomas has been a big part of that, but he’s been more impressed with how the team came together after that tough stretch.

“I think the biggest key to that turnaround has been the leadership of the team,” Thomas said, “We showed a lot of grit and perseverance and it’s really special to see a team come together like that. We never stop fighting and it shows in the character of our team. No matter where we’re playing, we’re going to do whatever we can for for each other.”

David Shaw also notes that Thomas’s competitive mentality and attitude makes him such a special player and he’s counting on that effort for one more game in 2016.

“We’re going to need that from Solomon,” Shaw said, “You need your best players to step up in your biggest games at the end of the year and I’m hoping that he has a great game.”