After advancing to the area round of the playoffs last season, the Taft Greyhounds see tougher competition after realignment, which could mean getting into the playoffs will be a tougher task. Head Coach Pete Guajardo is a good one, so the Greyhounds shouldn’t see much change in terms of record.

Taft resides in District 15-3AD1, which features defending state semifinalist, Mathis, a tough team in Goliad, George West, Jourdanton (who dropped down from 4A), and Cotulla.

The Greyhounds return 12 starters from a 10-2 team a year ago, losing Jared Acosta and Josh Vasquez. They fell in the playoffs to the Blanco Panthers in the second round 30-15, and their returning players will ensure that they have a solid chance at a deep playoff run again.

With six starters returning on both sides of the ball, the Greyhounds will look to QB Cory Banda to lead the offense, along with RB Anthony Hernandez, who rushed for 216 yards and three TD’s in 2015. S Steve Carrera and DE Dylan Griffith will look to be leaders on the defensive side.

With Goliad, Mathis and George West in district, playoffs will not come easy for Taft. Every game will be a battle, including the non-district games. Taft will face a series of three away games in a row where we’ll really find out what the Greyhounds are made of. 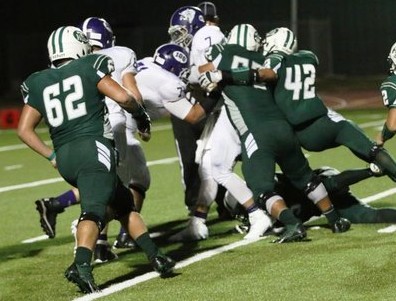 Taft opens up their 2016 season with back-to-back home games against rivals Odem on August 25 and Corpus Christi West Oso on September 2.