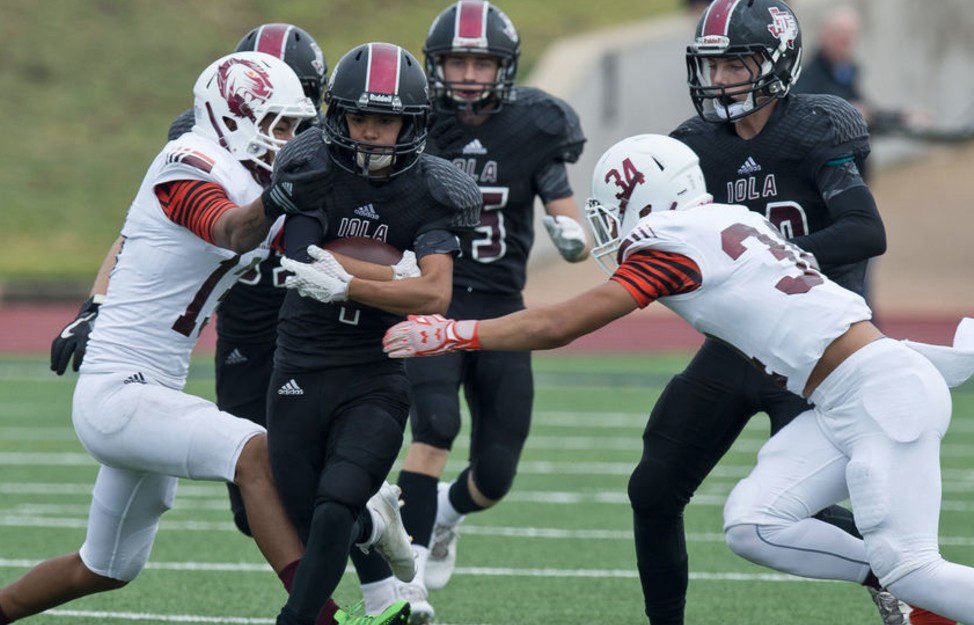 Photo via Timothy Hurst – The Eagle

The Tenaha Tigers got a final warm up before a looming showdown with Bremond next week.

Tenaha (13-0) absolutely manhandled Iola, 44-0, Friday afternoon at Merrill Green Stadium. Next up for the Tigers will be No. 1 Bremond — the two-time defending state champion.

Tenaha scored on the game’s first play when quarterback CJ Horn found Jay Lloyd wide open downfield for a 50-yard touchdown pass. Tenaha’s offense looked sluggish the rest of the half, for the most part, with a lost fumble and a missed field goal.

The Tigers got on the board late in the half when Trai Gardner ran a 51-yard touchdown from the Wildcat position to give Tenaha a 13-0 lead. Senior safety Monterrio Williams later scooped up a fumble and rumbled 31 yards for a score to give Tenaha a 20-0 lead at the half.

Iola couldn’t get its slot-T offense in gear at all in the second half. Tenaha forced five- consecutive three-and- outs and minus-17 yards of offense to start the second half.

Tenaha forced Iola to punt 12 times — something typically unheard of, especially in a regional playoff game.

The Tenaha defense will have its biggest challenge of the year next week against Roshauud Paul and Bremond.