Arlington, Texas has announced plans for the largest esports venue in North America. The plans are to build a 100,000 square foot esports stadium in Arlington’s downtown entertainment district.

“I know the gaming community across the globe is going to fall in love with this stadium and with Arlington,” Arlington Mayor Jeff Williams said at a press conference  about the venture at the Arlington Convention Center “We’re ready for the biggest tournaments in the esports industry to call Arlington home.”

The city of Arlington along with Esports Venues, LLC will be investing $10 million dollars into this behemoth.  It’s Texas, so you know it’s got to be big—and a sight to behold.  Populous, the same architecture firm that designed Mclane Stadium in Waco, and the Jacksonville Jaguars Flex Field will be the design firm behind what is bound to be the coolest esports stadium in the country.

If you haven’t heard of esports yet…you will. The esports industry is booming!

The fusion of real sports and esports creates huge potential to usher in a new and exciting industry filled with events, sponsorship opportunities, team gear sales and even betting.

The industry is complete with professional teams and elite players earning over $3 million in prizes. There is even some speculation according to Forbes that the introduction of “blockchain” which is the technology that drives cryptocurrencies like Bitcoin finding its way into esports just might send the industry, and its players earnings into over drive.

For all of you Madden fans out there you may have noticed that ESPN, Disney XD and the NFL teamed up to to broadcast live events at this years Super Bowl and Pro Bowl, and this is just the beginning.  The Madden Ultimate League is set to fire back up on March 24th and you can learn more by clicking here. 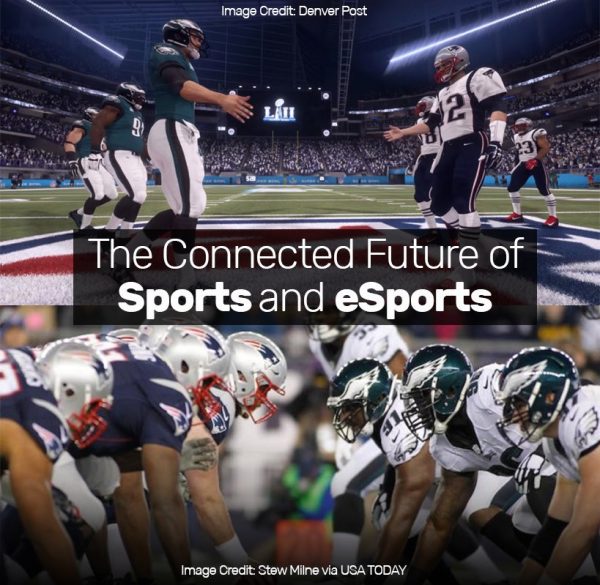 Who would have imagined just ten years ago that we would have professional esports teams, let alone building venues to facilitate fans. The reality is that we are in a unique place in history where technology will continue to merge with our lives…..for better or for worse. Imagine, what esports will look like just 10 years from now! Tech is impacting every part of the game and our lives.