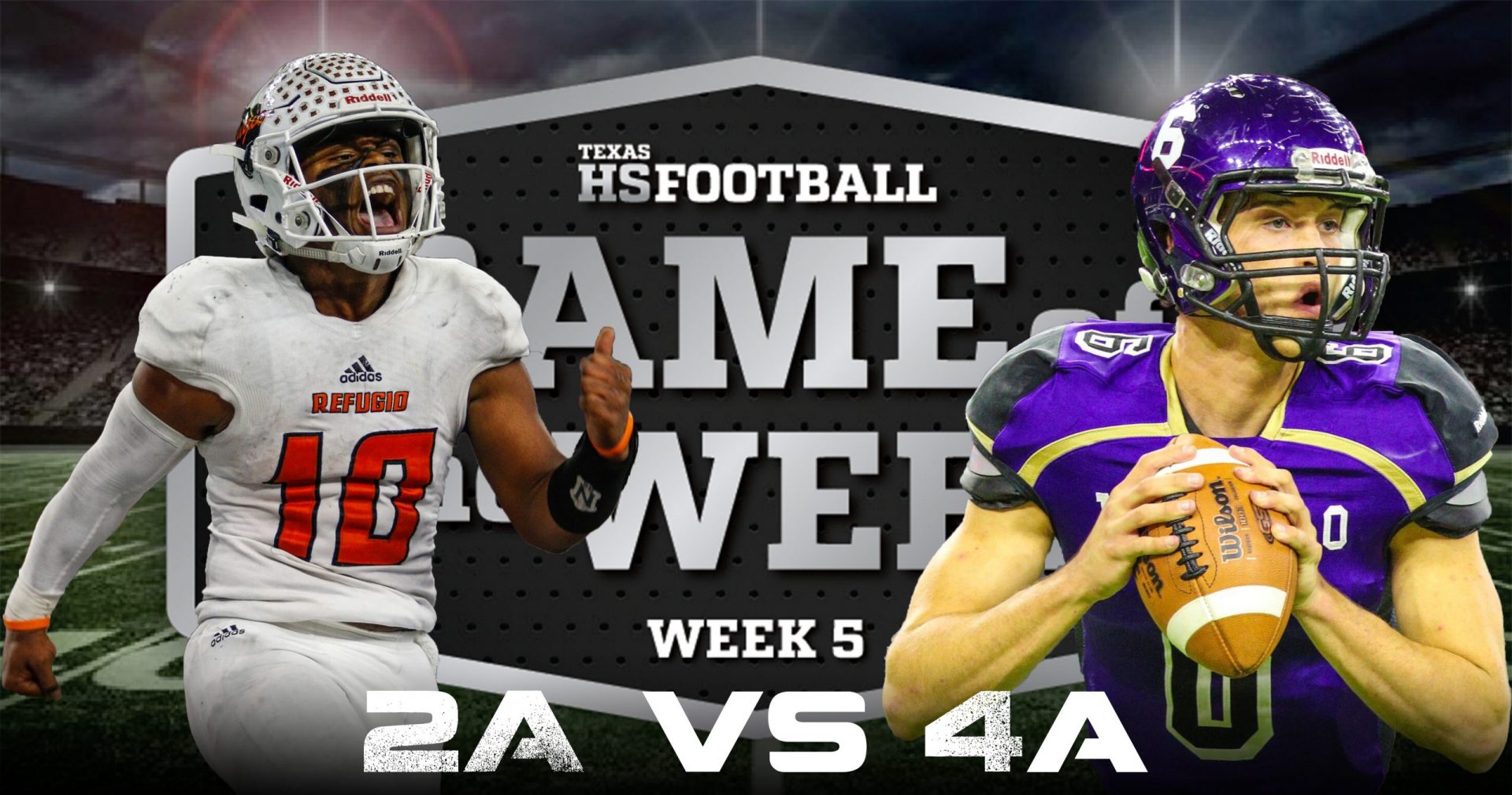 Last Friday night, TexasHSFootball went into the small school ranks for our game of the week as Mason took down Iraan in the Puncherdome. For the second week in a row, TexasHSFootball is staying in the small school ranks as the defending Class 2A Division I champion Refugio travels up to the San Antonio area to take on Geronimo Navarro from Class 4A.

Refugio has had to overcome many challenges on and off the field this season. Their season was delayed for at least two weeks due to the effects of Hurricane Harvey and their town was hit hard because of the storm. The Bobcats won at Edna last week, 28-21, but also lost wide receiver and cornerback Casey Henderson to a serious neck injury. The community has rallied support for his family and Henderson is able to move his arms and bend his knees, according to the latest report. They’ll be playing inspired for him and the entire community.

On the other sideline, Geronimo Navarro will bring its Slot-T offense into the fold at home on Friday night. Coming off a run to the Class 4A Division II state semifinals, the Panthers have started off hot again in 2017 at 4-0 averaging more than 400 yards per game rushing so far this season. Senior quarterback Will Eveld runs the Panthers offense and they’ll look to keep their strong start going against a motivated Bobcat team.

Despite the difference in classification, this game proved to be a compelling, physical battle as Navarro traveled to Refugio and picked up the 14-6 victory. It was the only loss for the Bobcats en route to a state title. Will the same fate hold true in 2017? We’ll find out Friday night as Refugio travels to Geronimo Navarro for the TexasHSFootball Game of the Week.