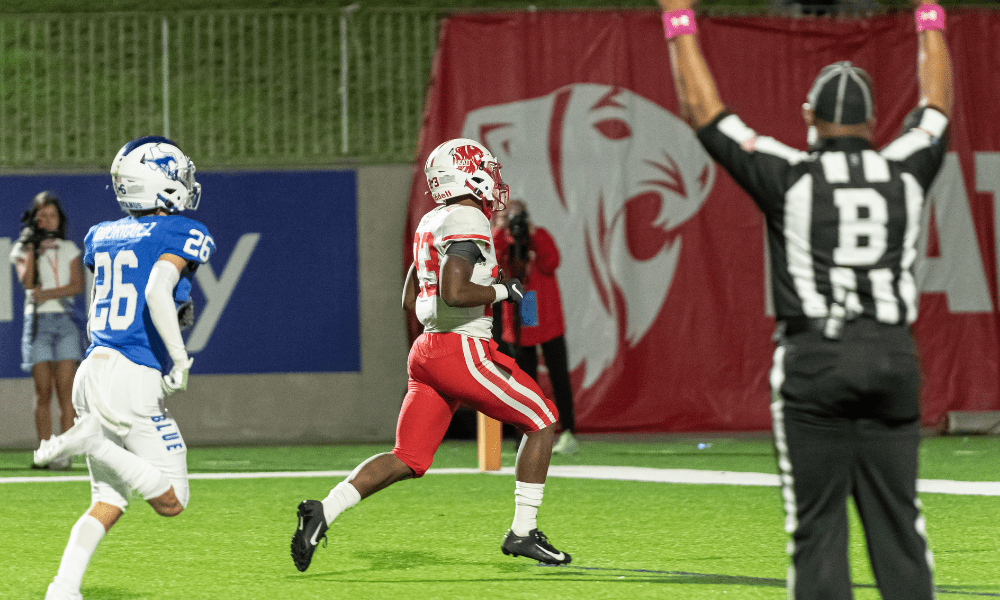 There were some outstanding performances on gridirons all around the Houston area on Thursday night, October 28th. Below are some of those performances (in no particular order):

King was everywhere last night for the Tigers as he gained 212 rushing yards and scored 3 rushing touchdowns, and caught 1 receiving touchdown in a 50-43 win over Cypress Ranch. Both teams combined for 1071 yards of total offense, and both teams only punted twice each.

Lagway passed for 166 yards, 2 touchdowns, and rushed for 130 yards in a 35-21 loss vs Conroe Grand Oaks. He averaged seven yards per carry.

Davis gained 285 yards rushing and scored 4 touchdowns in a 67-17 blowout win over Katy Taylor. Davis scored three of his four touchdowns in the 2nd quarter. Katy remains undefeated at 9-0.

Robertson was a scoring machine as he rushed for 194 yards and scored seven touchdowns in a 49-17 win over Houston Eisenhower. Robertson averaged a whopping 17 yards per rush.