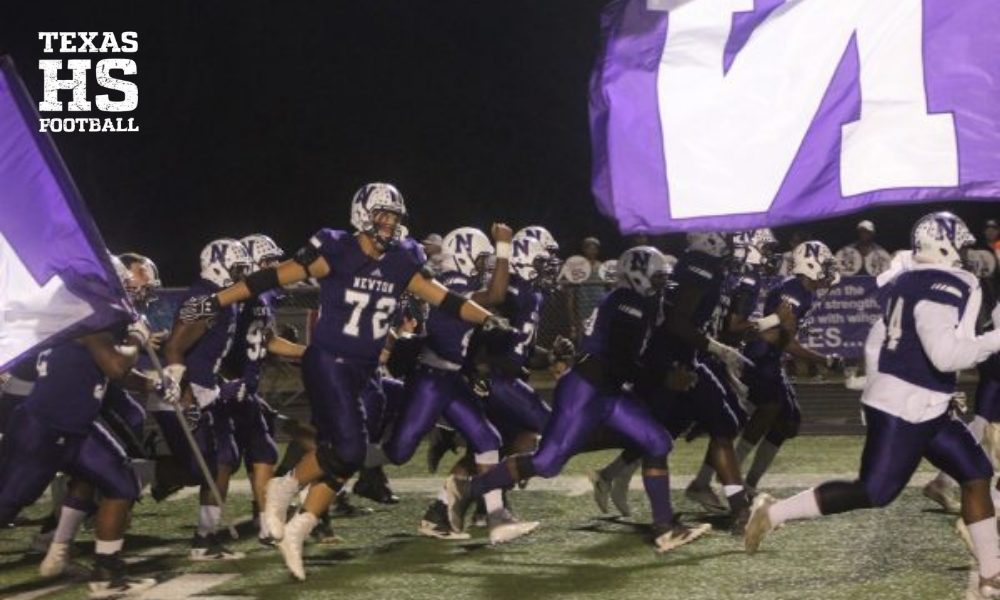 From Elysian Fields in East Texas to Early right in the heart of the state to Amarillo River Road in the Panhandle, there are 3A schools with great players all across the state.

With week five fast approaching, here is a look at the top 25 Texas high school football players in 3A so far through the first four weeks.

Beam has done a little bit of everything for the 4-0 Longhorns.

He has rushed for 459 yards and eight touchdowns caught five passes for 117 yards and three touchdowns and added 26 tackles (including 9 TFLs) from his linebacker position on defense.

Bishop has Childress off to a 3-0 start and ranked as one of the best 3A Division II teams in the state.

He has thrown for 973 yards and six touchdowns with no interceptions while adding 182 yards and five touchdowns on the ground for the Bobcats.

Brown has caught 27 passes for 483 receiving yards and 6 touchdowns, including a big game last week against Archer City where he caught five passes for 160 yards and two touchdowns.

Davila returned to Poteet after putting up at least 1,700 rushing yards the past two seasons.

He’s picked up right where he left off, rushing for 724 yards and 11 touchdowns as well as catching five passes for 120 yards in Poteet’s first four games.

Aside from a frustrating 28-24 defeat to Hallettsville, Davis has been spot on for the Cobras (3-1), throwing for 536 yards and eight touchdowns with no interceptions and rushing for 340 yards and seven touchdowns.

Deluna has been rock solid for the Broncos from his linebacker position, racking up 61 total tackles while also forcing a fumble and securing an interception.

Dunn has been a touchdown machine this year for the Bulldogs (2-2) with 13 touchdowns on the ground to go along with his 390 yards rushing.

He also has seven catches for 175 yards, including a 74-yard touchdown he scored on a screen pass against Henrietta.

Flowers has stepped up in a big way for a Canadian team that was short on experience heading into this season. He has rushed for 597 yards and seven touchdowns on the ground and caught 12 passes for 173 yards and a touchdown so far this year.

A 3-star recruit, he recently de-committed from USC.

Gatson has been putting up big numbers for Newton with 585 rushing yards and six touchdowns, including a staggering 330 yards in the season-opening win over Woodville.

Goodnight has been a key part of Elysian Fields’ 3-1 start, rushing for 526 yards and seven touchdowns.

A Texas Tech commit, Graham has been a true dual-threat running Gunner’s pistol offense, throwing for 444 yards, seven touchdowns, and just two interceptions, while adding 381 yards and five touchdowns on the ground.

Hampton has done it all for Daingerfield. He has had three pick-sixes so far this season defensively while catching four passes for 142 yards and two touchdowns in week one.

He added 101 yards and two touchdowns on the ground this past week against Elysian Fields.

A four-star recruit committed to Texas A&M, Harris has been a bright spot for the Bearcats (1-2), rushing for 272 yards and three touchdowns while adding 24 tackles defensively.

The Antelopes are off to a 4-0 start thanks in large part to Hoel, who has thrown for 944 yards and thirteen touchdowns to just two interceptions.

Dilley is 4-0 for the first time since 2011, and Hurt has been a big part of that, terrorizing opposing teams from his defensive end position with 31 tackles and eight sacks.

Jones has started for the Bulldogs the past two seasons, and he has been just as good so far this season, rushing for 559 yards and nine touchdowns in the first four games.

The athletic Lorenz has been all over the field for McGregor, throwing for 284 yards and four touchdowns, rushing for 722 yards and six touchdowns, and racking up nine tackles defensively.

Millsap (2-2) is averaging nearly 35 points per game, and Nairn has been a big part of that. He has thrown for 1,196 yards and eight touchdowns while adding 146 yards and a touchdown on the ground.

The Rabbits may be 0-4 so far on the year, but Nash has been a stalwart from his middle linebacker position with 62 total tackles and a forced fumble already this season.

Pendergrass has averaged a staggering 224 rushing yards per game with 673 rushing yards and seven touchdowns in the first three games this season. He’s been just as impressive defensively with 16 tackles and four interceptions.

Troup is 4-0, and it has leaned on Pierce heavily so far. He has rushed for 588 yards and 12 touchdowns, caught four passes for 56 yards, and also threw for a 60-yard touchdown in the season opener against Alto.

Bowie is 2-1 on the season and is averaging 35.6 points per game. Price, a three-star recruit and a Baylor commit, has been a big part of that, shutting down defensive ends from his offensive tackle position.

Quintanilla has been an anchor for the River Road defense from his linebacker position, totaling 65 tackles, two sacks, and a blocked field goal in just four games.

The Dublin offense has almost exclusively gone through the air. Luckily, they have Teten, who has thrown for 1186 yards passing and 14 touchdowns with just three interceptions.

Wishert was one of the heroes last season as Jim Ned won its first state title in school history.

He has been just as good this year with 737 rushing yards and nine touchdowns offensively. He has 29 tackles, a forced fumble, and an interception defensively.