Kaufman (10-1, 1st in District 8-4A) has now won eight games in a row and again used a dominant rushing attack to earn its first-round playoff victory. Collier rushed for a game-high 163 yards, adding 92 yards passing, putting the game out of reach by the midway point of the third quarter.

“He’s a playmaker,” Kaufman coach Jeramy Burleson said. “Anytime we can get the ball in his hands, that’s what we want to do.”

The game was a back-and-forth in the first quarter, but Collier shifted the momentum with a big play to take a 20-7 lead in the second. Despite fumbling an exchange with running back Jay Gasper, Collier got a running start and picked the ball back up. Suddenly, the left side of the field was wide open, allowing Collier enough room to run for a 77-yard touchdown.

“I tried to pull the ball and it bounced off my stomach,” Collier said. “After the bounce, I picked it up and took it to the house.”

Kaufman went on to finish the first half strong, scoring two touchdowns in the final 2:13. The first came on a 23-yard run and score by Gasper. The second came with six seconds left. Casey Smith reeled in a Collier pass in the left corner of the end zone, hauling it in just long enough to be ruled a catch.

Kaufman allowed a touchdown early in the third quarter and falling behind 41-10, Anna didn’t go down without a fight. Senior quarterback Keelan Crosby was subbed in under center in the second quarter and was by far the biggest offensive threat for Anna. He accounted for three touchdowns in the second half and racked up 104 rushing yards and 102 passing yards on the night.

“We came out in the second half and played the way we’re capable of playing,” Anna head coach Jason Heath said.

Anna limited mistakes and took advantage of the opportunities given to it. It managed to win the turnover battle 2:1 and had a great night on special teams, including a punt block recovered and returned for a touchdown by Josiah Ivery in the second quarter. On the Coyotes final scoring drive, Crosby rolled out and fired a pass down the middle of the field to Emmonte Davis for an impressive 35-yard catch in the end zone.

“I’m proud of the way they were sticking with it, especially the seniors,” Heath said. “The majority of them are never going to play again.”

Kaufman was in control throughout. Both Collier and Burleson said having a bye week after defeating Van, 43-35, to win the District 8-4A championship.

“I feel like that contributed to some of the sluggishness we had tonight,” Burleson said. “Hopefully next week, we’ll be better.”

Kaufman will look to stay alive in the playoffs next week against Springfield (6-5, 2nd District 5-4A). Kickoff is Friday, Nov. 24 at 2 p.m. in Birdville, Texas.

Moment 7 from The Best Moments of Week 8 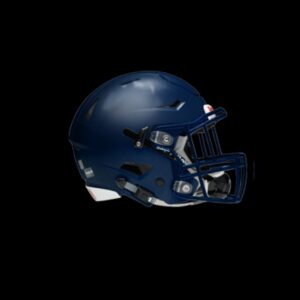 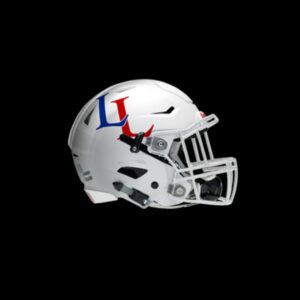