Waco Midway Gets Past Mansfield To Advance To Regional Final

WACO, Texas- In what was an emotional game for current Midway and former Mansfield coach Jeff Hulme, the Panthers were sluggish out the gate, but dominated in the end. Behind another magnificent performance by Oklahoma commit Tanner Mordecai, the Panthers cruised past Mansfield 48-17 at McLane Stadium.

When asked about the emotions of playing his former team Coach Hulme replied, “I’d be lying if I said this wasn’t emotional, but this isn’t about me, these guys are going to the quarterfinals and that’s huge, that’s big time. Were 13-0 for a reason and I couldn’t be more proud of these kids.”

Coach Hulme referred Mansfield receiver and Baylor commit Jackson Gleeson (3 receptions, 94 yards, 2 touchdowns) as “one of the fastest kids in the state of Texas,” and this proved to be a fact.

Gleeson was able slip behind the Panthers secondary on multiple occasions throughout the ballgame. During the first half Gleeson reeled in three receptions for 94 yards and two touchdowns.

Midway found themselves in a hole 10-0, but the Panthers were able to put points on the board with a five yard touchdown run. Momentum seemed to swing in favor of Midway, but the Panthers muffed a punt and Mansfield’s Zi Reevey recovered the ball on the 12 yard line.

The first points of the night came on the foot of Jarrett Holman, who connected on a 28 yard field goal, that gave Mansfield a 3-0 lead with 8:49 in the first quarter. The Tigers defense forced Midway to punt the ball away and then on the ensuing possession Shawn Hartsfield lobbed a 46 yard touchdown pass to Jackson Gleeson, increasing the Mansfield lead 10-0.

The Tigers were looking to capitalize off the muffed punt, but they fumbled the ball themselves and Midway’s Trevius Hodges scooped up the pigskin and went 88 yards for a Panthers touchdown and the first Midway lead of the game 14-10.

“Trevius has gotten better and better all year and we still don’t know what he’s better at corner or safety, he’s just a junior so we got another year with him and he’s just going to get better and better,” Coach Hulme explained.

Gleeson got loose again for Mansfield, this time for a 36 yard reception that put the Tigers back on top 17-14.The Panthers would finish the first half with a 28-17 lead after Tanner Mordecai threw two touchdowns, first to CJ Williams from 1 yard out and the other to David Priebe for 7 yards. Miles Williams was able to pick off Tanner Mordecai before halftime, but the Tigers drive stalled.

The Midway defense would pitch a shutout in the second half and they were able to convert three Mansfield fumbles into touchdowns. The Panthers offensive put 21 points during the second half, as Tanner Mordecai had rushing touchdowns from 38 and 2 yards, while throwing another to CJ Williams for six yards.

“Tanner is our leader and he’s done this all year,” said Hulme “ He shows it every week that we play, but also shows it every practice and workout so I’m very proud of him.”

Midway will face the winner of Arlington High vs Southlake Carroll next week at McLane Stadium, for the 6A Division ll Regional Final and the game is scheduled to kickoff at 6:00pm. 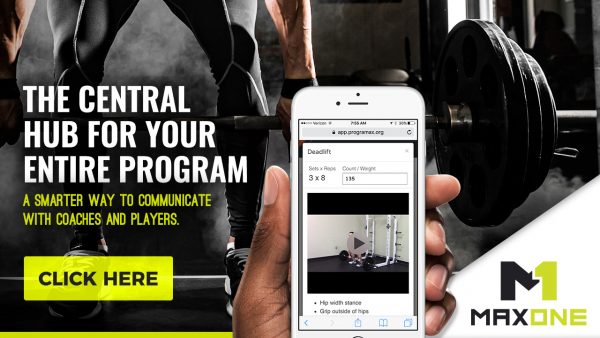