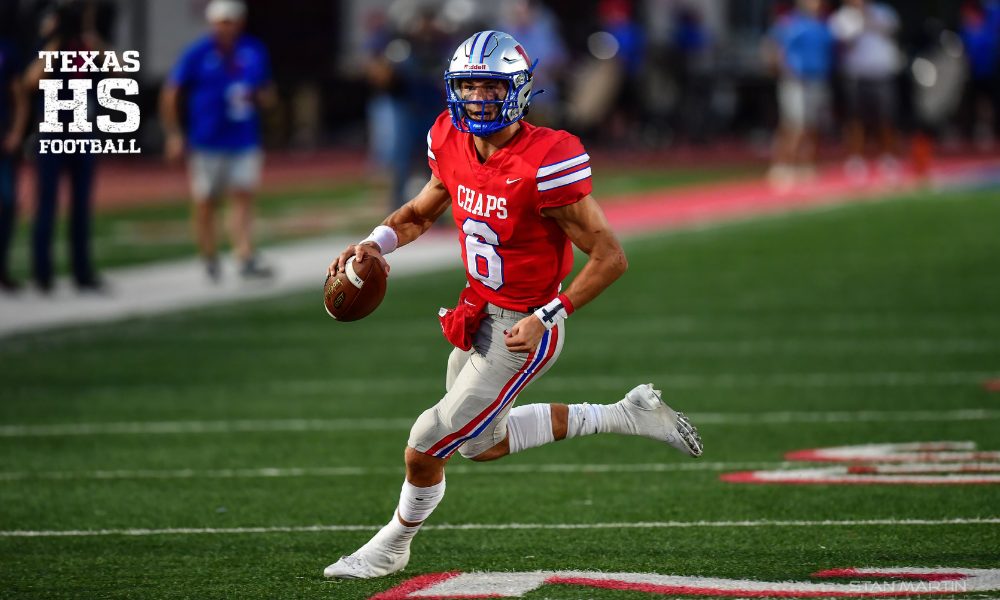 It is set to be an Austin-DFW showdown on Friday night as Westlake and Mansfield Summit meet in a neutral-site showdown at Crusader Stadium in Belton, the home of Mary Hardin-Baylor.

Westlake may be the defending 6A state champion, but Mansfield Summit is not to be overlooked as the Jaguars return 12 starters from a team that went to the 5A Division I state semifinals a year ago.

Clemson commit quarterback Cade Klubnik (548 yards, 4 TDs) has the keys to the Chaparral offense and delivered another impressive performance with 322 yards passing and a touchdown against Euless Trinity.

He has sturdy protection upfront too with Texas commit Connor Robertson, Indiana commit Bray Lynch, and highly touted junior TJ Shanahan all blocking for him on the offensive line.

With this many weapons, the Chaparral offense is going to prove hard to stop on Friday night.

On the other side of the ball, defensive back Will Courtney had a breakout game last time out with 13 tackles against Trinity, while fellow defensive back Carter Barksdale (19 tackles) leads the team in tackles through the first two games.

Upfront, Ethan Burke has recorded a sack in each of the first two games this season. Behind him at linebacker, Jacob Leopold brings plenty of experience as one of the two returning defensive starters from last year’s state title team.

The Jaguars have a talented backfield led by a returning starter at quarterback in David Hopkins (329 yards, 4 TDs) and a duo of running backs in senior Orlando Scales, who had a remarkable 193-yard performance on just eight carries against Mansfield, and Keon Hobbs (101 rushing yards).

When the Jaguars go through the air, keep an eye on talented receiver Kerya Powell (178 receiving yards, 2 TDs), who has been Hopkins’ favorite target so far this year.

Defensively, the Jaguars have some talent, and they’ll need every bit of it against a high-powered Westlake offense.

Johnny Everitt has made plays from his linebacker position so far (13 tackles, 1 interception), while defensive linemen sophomore Legend Journey and senior Andrew Billings will join Adedire to battle in the trenches against Westlake’s talented offensive line.

It will take a nearly perfect performance from Summit to have a chance to knock off Westlake, which has arguably looked like the best team in the state the first two weeks of the season. However, after a state semifinal run a year ago, don’t count these Jaguars out in this neutral-site battle in Belton.