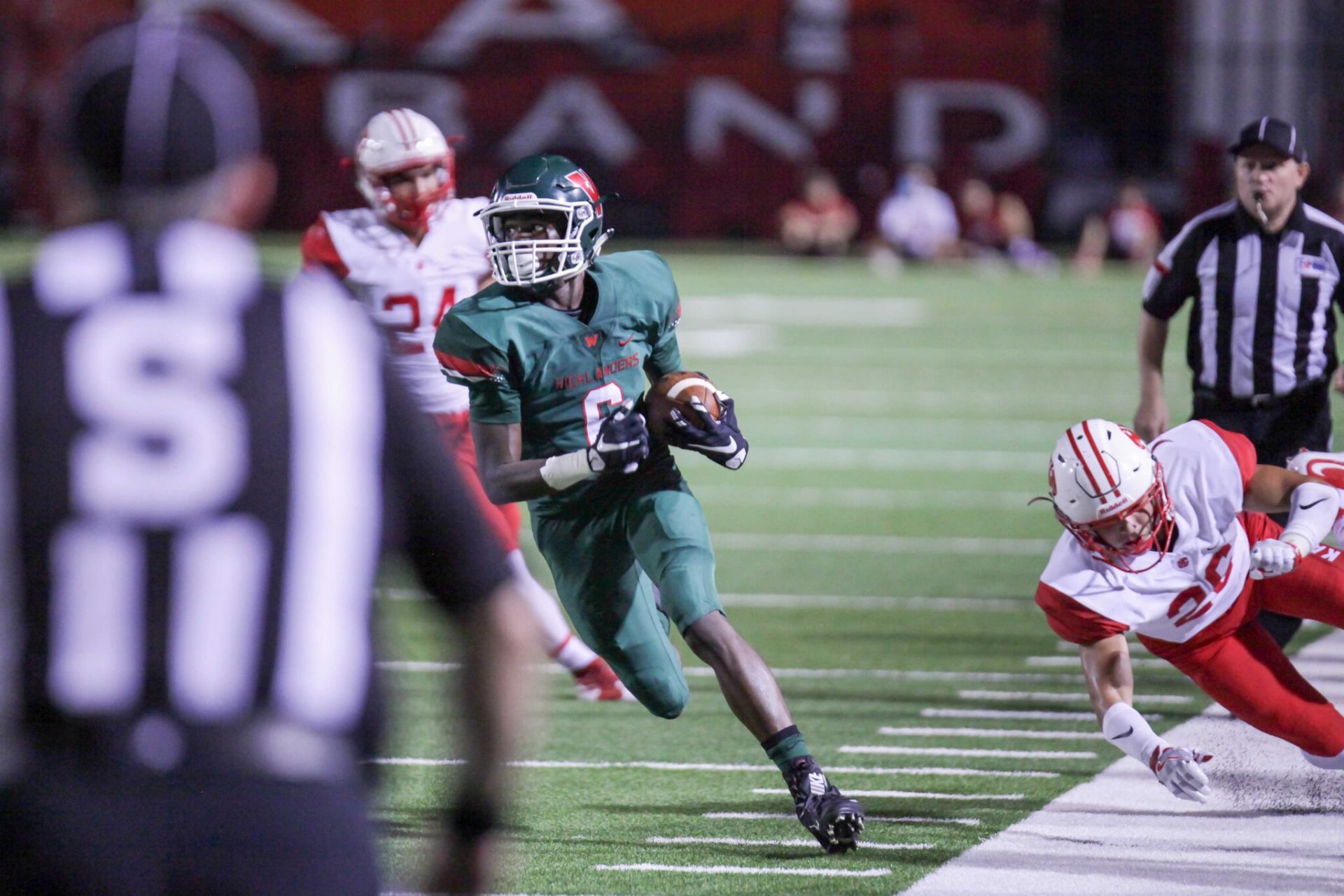 One of the fastest receivers from the Houston area has made his college decision. KeSean Carter of The Woodlands announced on Tuesday his commitment to Texas Tech via Twitter.

The three-star receiver (247Sports) chose the Red Raiders over other offers from Arizona, Bowling Green, Utah and West Virginia among others. He becomes the 14th commit for head coach Kliff Kingsbury in the Class of 2018.

2016 turned out to be a special season for the rising senior, finishing with 70 catches for 1,314 yards and 16 touchdowns. It was the best single season for a receiver in school history. Carter also turned heads on the track, winning the Class 6A state championship in the 100-meter dash in Austin.

Back on the gridiron, Carter was one of the key weapons on offense for a Highlander team that made a run to the Class 6A Division I state title game. With several starters graduating on offense, Carter is expected to be the focal point for head coach Mark Schmid in 2017.