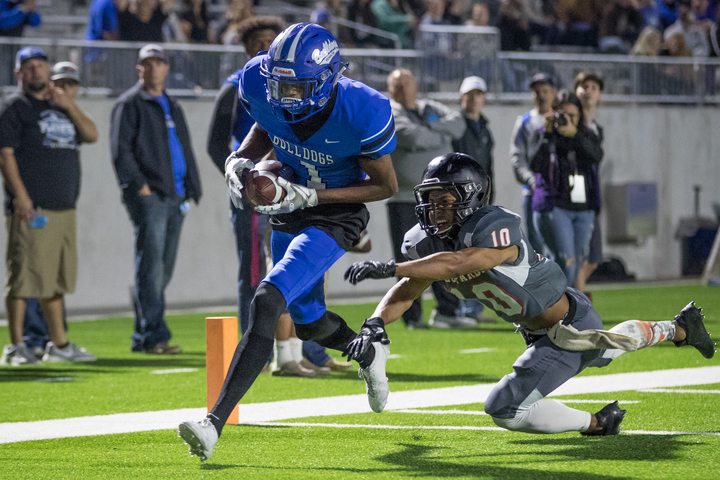 Maybe that’s just the reality of the world we live in. At a home game three weeks ago, Yoakum defeated district rival Van Vleck 49-12.

Fast forward from that and voila, the same result.

Yoakum High School defeated Van Vleck 43-19 in the 3A Division I Region IV Semi-Final game late Saturday night at Legacy Stadium and earned a place in the state quarterfinals. 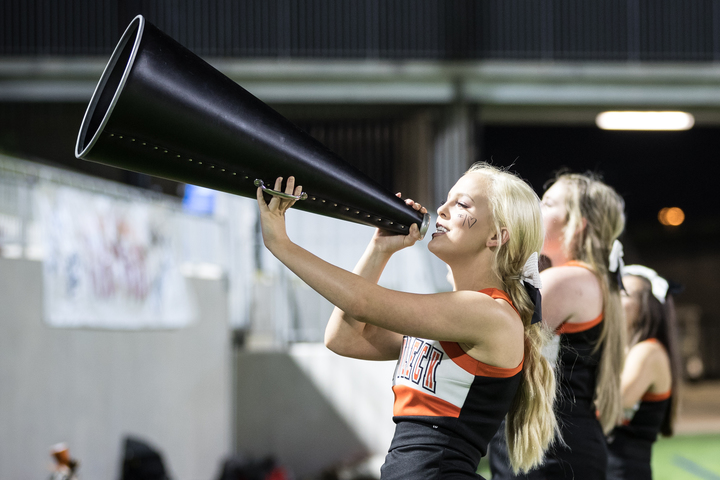 Each brother contributed to the scoreboard tonight, with Jordan pushing it past the hat trick with four touchdowns and Joshua scoring only one.

Early in the second quarter, Jordan began his scoring spree with a 7-yard dash to the end-zone for an easy six points to put his Bulldogs up 14-7 with 11:21 left in the half. He soon followed that up nearly two minutes later after a tumultuous series of events on a Van Vleck punt attempt resulted in too-good-to-be-true field position. But it was true and the very next play Jordan scored once again from the 7-yard line to put the Bulldogs up two scores.

“The offensive line put people on their backs and got the job done,” Robinson said.

The boys in the trenches certainly did their job and did some, allocating Jordan Moore and quarterback Holden Laure the space and open lanes the needed to score five times total on the ground Saturday.

Yoakum finished out the second quarter with a 1-yard rushing score from none other than Jordan More. The Bulldogs would then carry a commanding 28-7 lead into the half.

Van Vleck would not go down without a fight though.

With just three minutes left in the third quarter, hope seemed to be fading from the hearts of the Van Vleck sideline. That was until a long drive, capped by a 9-yard touchdown on the ground from running back Kobe Blackmon. 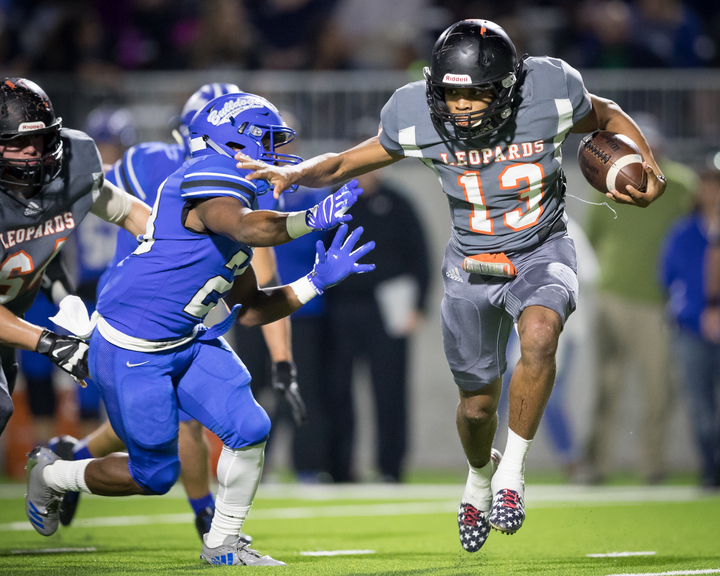 At the top of the fourth quarter, Yoakum found their way into the end zone via Joshua’s 19-yard reception. And after a converted two-point conversion, the Bulldogs extended their lead to 36-13.

During the rest of the fourth quarter, the two teams exchanged touchdowns. The most notable was from Jordan’s drive-opening, 75-yard touchdown run with less than eight minutes left — the final score of the game.

“It’s like kissing your girlfriend for the first time,” Robinson joked. “You like it and say, ‘Hey, I wanna do that again.’ So you keep doing it and you like it more and more.”

Yoakum will play Goliad (11-1) next Thursday in the 3A Division I Region IV State Quarterfinals at 6 p.m. at Darrell K. Royal Memorial Stadium in Austin.