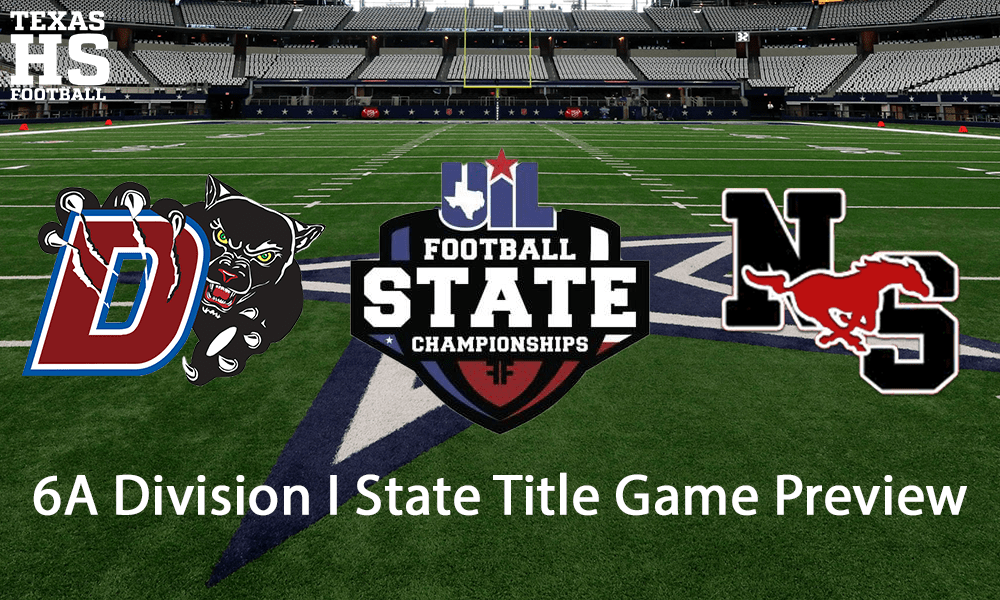 Round III of Duncanville-North Shore will commence at 3:00 on Saturday as the teams battle for the 6A Division I state title for the third time in the past four years.

In 2018, North Shore won 41-36 on a dramatic Hail Mary caught by A.J. Carter that will live forever in Texas folklore. A year later, the Mustangs pulled away from the Panthers for a 31-17 victory as Duncanville played without its star quarterback Ja’Quinden Jackson.

A matchup between these two teams never disappoints. Here is what to watch for on Saturday afternoon. 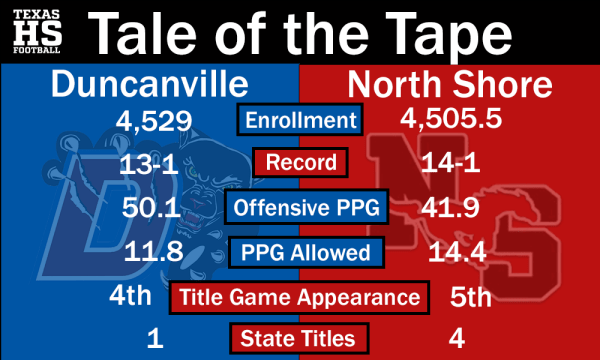 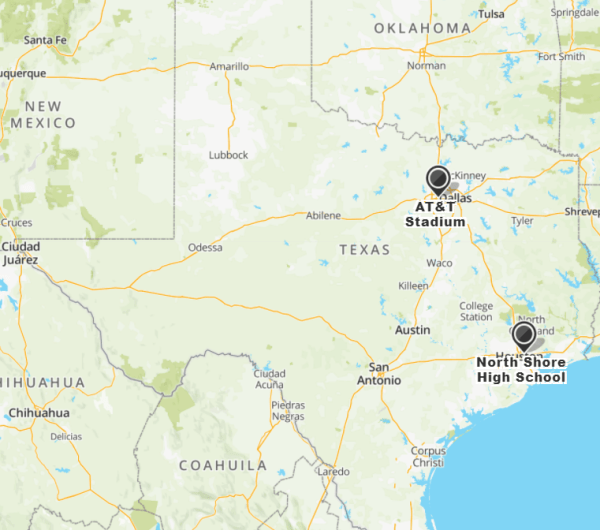 Kaleb Bailey may just be a freshman, but he has led North Shore with the poise of a veteran, throwing for 796 yards and ten touchdowns this season, while rushing for 724 yards and eight touchdowns, including 182 yards against Lake Travis in the last round.

North Shore head coach Jon Kay said that while watching Bailey play in eighth grade last year, it was evident he had what it takes to play at the varsity level at a young age. The Mustangs took their time with Bailey, letting him compete with his fellow freshmen to begin the season before he eventually became the varsity starter during district play.

However, it’s not just his on-field talent that is impressing Kay.

“His physical attributes were obvious to anyone watching the game but what set Kaleb apart was his intangibles,” Kay said. “He has great leadership skills and the players around him respect him. He is a high character kid that is detail oriented. Most of all, he wants to get coached, and he wants to develop. His potential is off the charts, and we are excited about the opportunity in front of him.”

He is joined in the backfield by experienced senior running back Xavier Owens Jr., who has rushed for 1,197 yards and 16 touchdowns on the season.

Bailey has his brother Jhalyn (438 receiving yards, 10 touchdowns) to look for in the passing game as well as junior David Amador, who had 5 catches for 119 yards and two touchdowns against Lake Travis.

Meanwhile, North Shore is loaded with talent on defense. Defensive linemen Kristopher Ross, a Texas commit, and Tai Leonard, a three-star recruit, will be a load for Duncanville to deal with in the trenches.

And if Duncanville has problems moving the ball on the ground against North Shore’s defensive line, five-star cornerback Denver Harris and four-star defensive back Jacoby Davis will be two players the Panthers will have to be weary off when they turn to their passing attack. 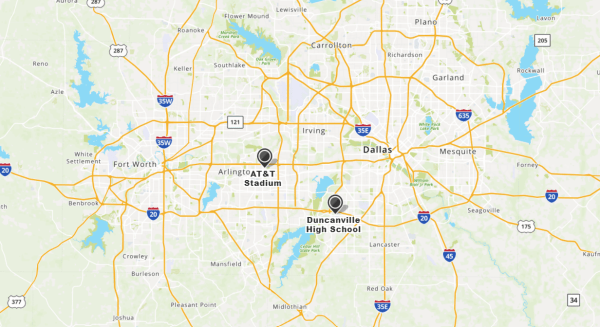 The amount of Division I talent on Duncanville is staggering. Running back Malachi Medlock, a Toledo commit, is coming off a 143-yard rushing performance against Southlake Carroll in the state semifinals.

Quarterback Solomon James was just as impressive as he finished the game against Southlake Carroll 12-for-12 for 154 yards and three touchdowns.

At receiver, Duncanville has an impressive freshman of its own in Dakorien Moore, who already has 13 Division I offers. He is joined by three-star recruit Lontrell Turner, who has eight Division I offers. Both had touchdown catches last week against Southlake Carroll.

Defensively, Duncanville doesn’t have a position without Division I talent. Four-star recruit Omari Abor had a scoop-and-score for the Panthers last week and will be joined on the defensive line by Oregon State commit Quincy Wright.

Behind them, Arkansas commit Jordan Crook anchors the linebacker position, while sophomore outside linebacker Colin Simmons is attracting the attention of a multitude of Division I programs and had a scoop-and-score in the round prior against DeSoto.

In the secondary, SMU commit Pierre Goree had an interception last time out, while four-star recruit Deldrick Madison is another player Kaleb Bailey will have to be weary of when throwing the football.

There will be enough Division I talent on the field Saturday afternoon to just about field an entire college football team.

The biggest question in this game is how North Shore’s freshman quarterback Kaleb Bailey will rise to the occasion. He already led the Mustangs to a convincing victory over Lake Travis, but he hasn’t seen a defense like Duncanville’s yet.

The Panthers are hungry for revenge after suffering two defeats in the title game to North Shore in the last three years.

All told, part III of this budding rivalry shouldn’t disappoint on Saturday afternoon.