One of the top returning defensive players for the defending state champions in Aledo has made his college decision. On Saturday, defensive tackle James Williams announced his commitment to head north to play at Montana State.

The rising senior also had offers from Air Force and Army.

At 5-11 and 290 pounds, Williams was an imposing force on the defensive line for the Bearcats last season, earning a first-team all-district selection thanks to some impressive numbers of 113 tackles, 13 tackles for loss, eight sacks and even two interceptions.

He also made a name for himself in the Class 5A Division II state title game against Corpus Christi Calallen, earning the game’s Defensive MVP. As Aledo looks to defend their state title, Williams will certainly be a key cog in the Aledo defensive machine in 2017.

The Bearcats open their state title defense at home on September 1 against Collevyille Heritage. 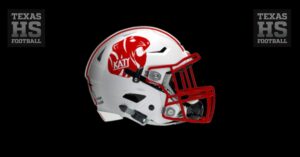