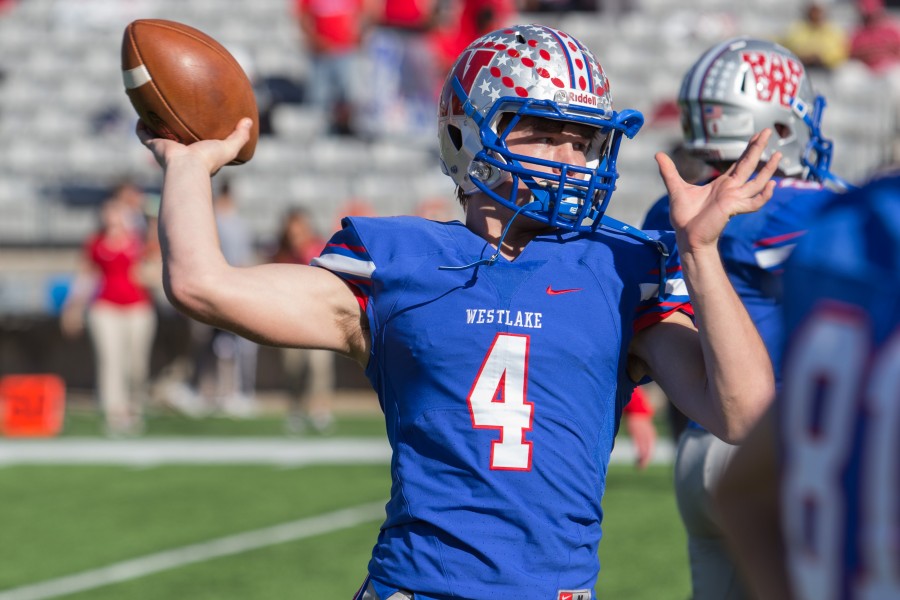 Sam Ehlinger is one of the most hyped up players in Texas high school football this season.

The 6’2 200 pound senior from Westlake High School is one of the best quarterbacks in high school football in the country. ESPN has him ranked as the 6th best player in the state of Texas and 124th overall nationwide.

Ehlinger has a rare combination of elite accuracy and outside of pocket mobility, making him a top dual threat quarterback. Ehlinger has the ability to extend plays outside the pocket and even though he is not the most explosive athlete, he is a very willing and capable runner.

His accuracy is very consistent, can make all of the throws he is asked to make. He has very solid footwork and excels at releasing the ball quickly and on point. Ehlinger can make the long ball even though he does not have elite arm strength, he can still zip the ball down the field.

Ehlinger has a mental toughness about him that keeps his confidence level up no matter the situation. Always seems to be able to make the play in the biggest moments and is not phased by pressured situations. He trusts his scheme and does the most with what he has, will not force the ball under pressure, will stick to his reads and make his progressions while not panicking.

Ehlinger no doubt possesses a rare talent that can not be denied. He is committed to play for Charlie Strong at the University of Texas once he finishes his career with Westlake. He will start the season off versus a very formidable opponent in Katy. He will no doubt have the chance to prove his skills this season and the state of Texas will be watching.