The Big 12 Needs Houston and Houston Needs the Big 12

Share on Facebook Share
Share on TwitterTweet
Share on Pinterest Share
Share on LinkedIn Share
Photo via www.sportsradioamerica.com
By: Tristan Tippet
September 9th, 2016
In their past two games, the Houston Cougars ran through college football royalty in the form of the Florida State Seminoles and the Oklahoma Sooners. The Cougars defeated Oklahoma 33-23 Saturday at NRG Stadium in Houston, Texas to follow up their 38-24 victory over the Seminoles on Dec. 31, 2015 in the Peach Bowl.
Florida State and Oklahoma have each appeared in the College Football Playoff. The Seminoles made it in 2015 and the Sooners made it last year.
Oklahoma has two All-American candidates in QB Baker Mayfield and RB Samaje Perine, but they seemed depleted and they haven’t been true contenders since they lost the 2009 National Championship to the Florida Gators. Florida won their second championship under coach Urban Meyer and quarterback Tim Tebow. Oklahoma also won the Big 12 last year for the first time since 2010.
Since Jimbo Fisher took over for the legendary Bobby Bowden in 2010, he has reestablished the Seminoles as a recruiting power in the South. Florida State is just two years removed from winning the National Championship in 2014.
In Texas, there’s a South, an East, a West, a North and Austin. The best teams in Texas have been Baylor and TCU. The third best team has been a combination of Texas, Texas A&M and Houston. This year the Longhorns, the Aggies or the Cougars have a legitimate chance to be the best team in Texas.
Two years ago, Houston wasn’t even in the top five.
Tony Levine coached the Cougars for three years from 2012 to 2014. He was the bridge between Kevin Sumlin and Tom Herman. Art Briles rescued the program in the mid-2000s before his departure to Baylor.
Sumlin built on what Briles did and then some. In 2011 the Cougars went 12-1. It was the best record in school history. Sumlin went to College Station even before the bowl game that year.
Levine had tough shoes to fill, but in retrospect his tenure may have been just as significant. The Cougars fell off as expected after losing Sumlin, but in his three years Levine went a respectable 20-17. Levine didn’t have the success of Sumlin or Briles, but he didn’t let the program crumble back to irrelevancy either.
Herman was hired the following year in 2015 and posted the school’s best record at 13-1.
Levine’s notable underclassmen included QB and new Heisman candidate Greg Ward Jr., OLB Steven Taylor, TE Tyler McCloskey and K Ty Cummings.
In the game against Oklahoma, Ward Jr. threw 321 yards and two touchdowns including one to McCloskey. Taylor had two sacks and Cummings converted four out of four field goals with one a long of 47 yards.
Of course Herman’s newest freshman DT Ed Oliver out of Westfield High School had two sacks and seven tackles in his first game. Oliver also introduced himself as a five-star recruit at a Group of Five program.
Houston’s triumph over Oklahoma may be the most symbolic win for the futures of both the Cougars and the Big 12.
The Cougars have been trending towards this moment for the last 14 years.
The Sooners have been trying to get back to where they were 16 years ago when they won the championship in Bob Stoops’ second year. The Longhorns expect to win the championship every year and they get impatient when they don’t. TCU didn’t live up to expectations last year and they had trouble with FCS opponent South Dakota St. Baylor’s future is uncertain. Texas Tech is fun but they are in the middle of nowhere. Texas A&M and Nebraska are gone. Oklahoma State is always second to Oklahoma. Kansas, Kansas State, Iowa State and West Virginia are far away.
The Big 12 doesn’t have a conference championship while the other four Power Five conferences play a conference championship game on the same weekend.
The other conferences have a division that is superior to the other, which usually guarantees a win in the conference championship. If the Big 12 adds Houston and another team, they can divide the conference into two divisions of six teams. One division could feature teams all from Texas. Then they could have a conference championship hosted by Jerry Jones. In the process the Big 12 would have a quality team located in one of the most fertile recruiting grounds in the country.
For the rest of 2016 Houston hopes to go undefeated and make it to the College Football Playoff. But getting invited into the Big 12 would be the greatest victory for the Cougars.
Share on Facebook Share
Share on TwitterTweet
Share on Pinterest Share
Share on LinkedIn Share

Houston is a great football program, but we are forgetting why the other conferences expanded: TV market. The SEC wanted a Texas team as well as another state ruling school, queue Missou. The Pac got the Colorado and Utah markets. The Big 10 added Maryland and the state of Nebraska. If the Big XII wants to expand, it needs to go out of state. From a financial standpoint, TCU was the wrong move(good for football, but no real media market share). Same with Houston. They are at best, 3rd in the Houston market. Texas wants Houston, but Texas may actually be wanting out. The right move would be to go after Colorado or the Arizonas, then BYU, Cincy or perhaps UCF(huge school that actually gets pretty good market share) or Colorado State. No offense to Houston as competitively they fit, but they don’t fit the narrative of conference expansion. Houston would be another TCU. 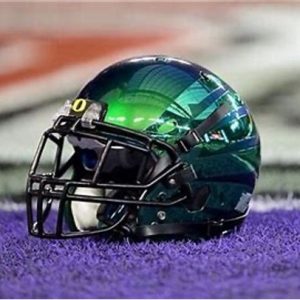