Why The Dallas Cowboys Should Trade For Richard Sherman 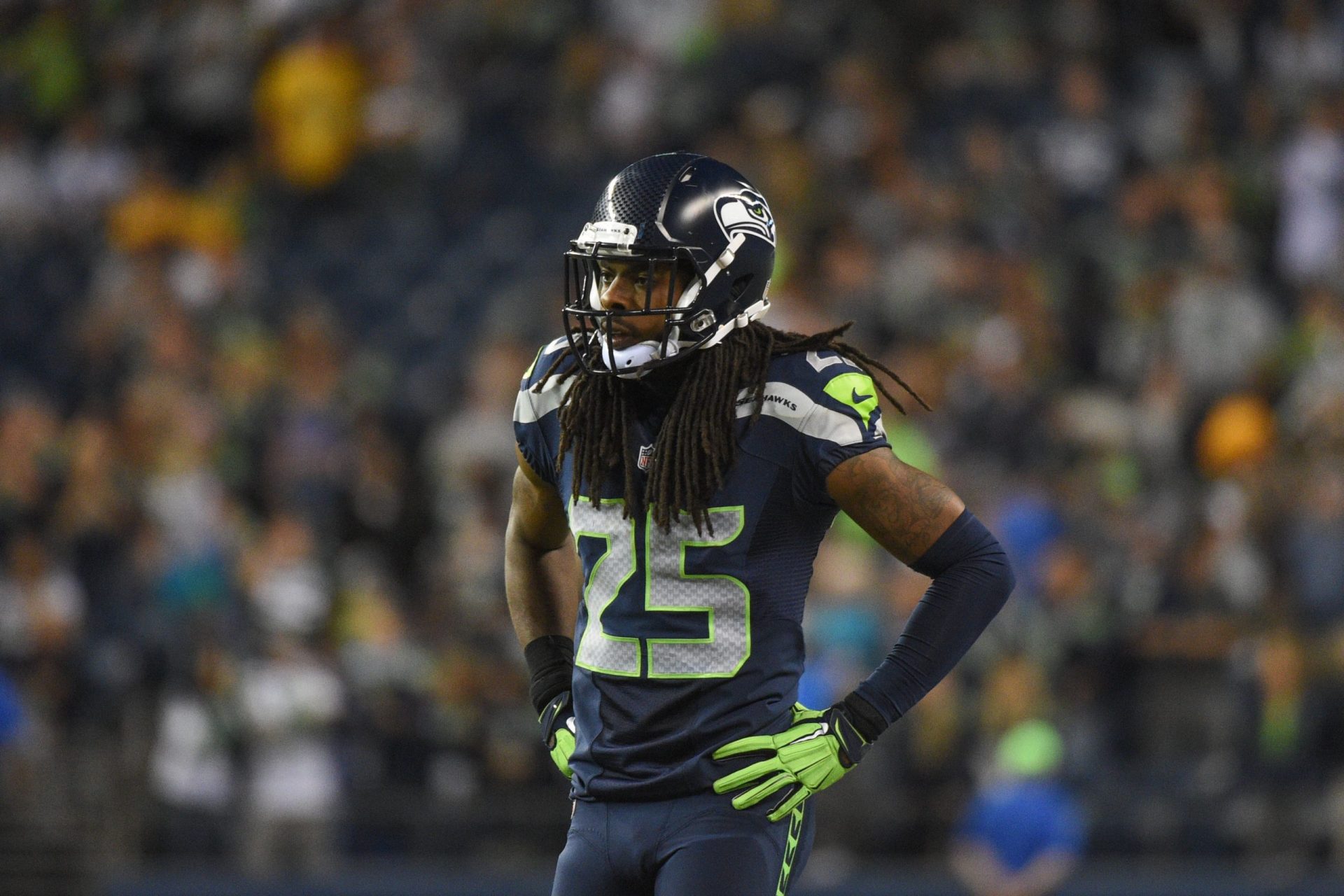 The Dallas Cowboys have seen a large amount of turnover since their season came to a close thanks to a Mason Crosby 51-yard field goal. The biggest departure was the recent retirement of Tony Romo. However, where the team was hit the hardest was seeing their secondary depleted; with Morris Claiborne and Brandon Carr leaving the squad.

Now, with $14 million in freed up cap space thanks to Romo leaving, the Cowboys must go after current Seattle Seahawks cornerback Richard Sherman.

Sherman has recently became open to trade talks, as Seattle’s general manager John Schneider went onto ESPN 710 Seattle and said, “What you’ve seen lately in the news is real.”

Seahawks head coach Pete Carroll said about the rumors the team was fielding calls at the league meetings, “You either are competing or you are not,’’ he said. “So we have always had to be open to every suggestion that comes along. There have been some teams that have called, and so we have talked about it. But he is extremely important to our football team. I don’t see anything happening at all. I don’t see anything happening with any of our players, just the banter that’s out there right now. But it has been talked about. He is a great player and he can impact a team. I can see why people would be interested in him.’’ (Seattle Times)

So what’s the old saying? Where there’s smoke, there’s fire.

Yes, both the GM and coach are saying that they have no plans on moving the former All-Pro. However, if the Cowboys would call the Seattle front office on draft day, why wouldn’t the Seahawks move Sherman for one of Dallas’ top draft picks?

The Cowboys are a “one-piece away” team from making the Super Bowl. We saw this last season when they rolled through the regular season; only to see their secondary be picked apart by Aaron Rodgers. Getting Sherman would instantly fix that gaping hole which was exploited.

Pro Football Focus has taken a look at the three things Dallas needs during the upcoming draft. One of those needs is cornerback saying, “At the very least, the Cowboys could use more depth at the position, and a rookie could potentially push Carroll for playing time.”

Instead of taking a chance on a late first-round pick, they should take the chance and go for a win-now mentality towards the draft. The young pieces are in place, on the offense. Sherman is under contract until the end of the 2018 season. And, in the case he doesn’t work out with the Cowboys, Dallas can cut him after the 2017 season and only have $2.2 million in “dead cap” money.

Cowboys owner Jerry Jones is known for taking risks. It’s time for Jerry to push all of his chips into the middle of the poker table on the 2017-18 season and do whatever it takes to get his team over the hump by acquiring Sherman from Seattle.