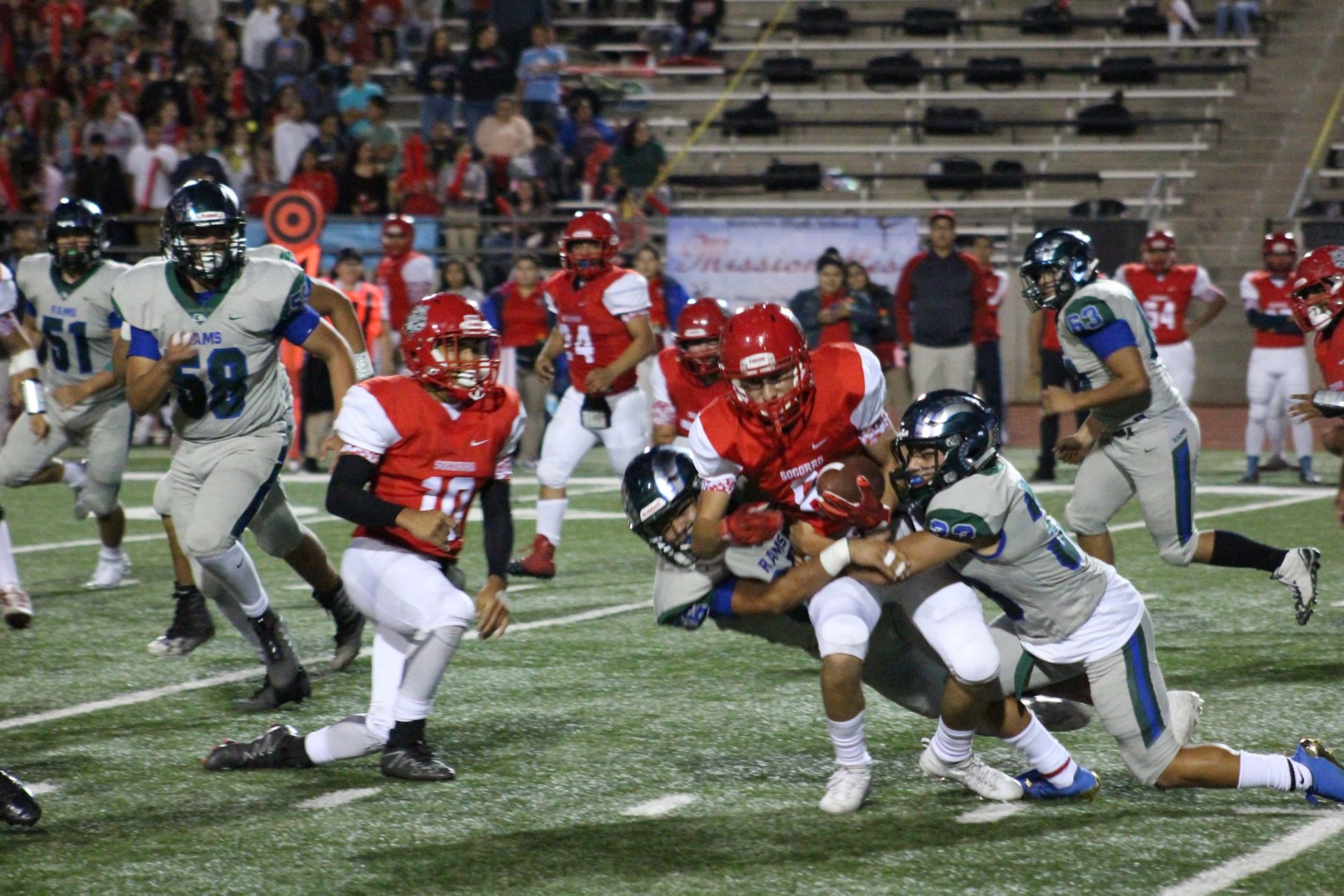 EL PASO-The El Paso Montwood Rams entered Thursday night’s showdown with the Socorro Bulldogs with one of the most explosive offenses in the city. On this Thursday night at the SAC, it was the defense who shined, forcing six Bulldog turnovers en route to a 37-14 win.

“I’m definitely happy with the defensive effort tonight,” Montwood head coach Ariel Famaligi said following the game, “What Socorro does is not easy to defend and they run right at you and test your toughness.” 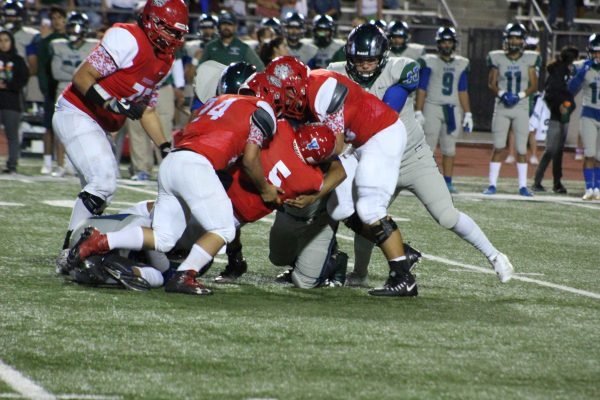 The Rams (4-0, 1-0) defense got off to a great start on the Bulldogs (0-4, 0-1) run-first option attack, forcing Socorro to go three-and-out on the opening drive. Just two plays later, Montwood quarterback Andrew Fernandez used his legs to get his team on the scoreboard, running in a one-yard touchdown after a 74-yard run on the first offensive play of the game.

It was the defense’s turn to go to work. As the Bulldogs marched down the field, Socorro quarterback Jacob Luna fumbled and was recovered by Eric Ramirez of Montwood. Just three plays later, the Rams took advantage with a drive capped off by a four-yard run to make it 14-0 Rams less than eight minutes into the game.

The next possession was more of the same for the Bulldogs, who fumbled in Montwood territory and the turnover was cashed again just three plays later with a 22-yard run by Efren Young. The Rams were up 21-0 and looking great and had forced yet another Bulldog turnover, an interception by safety Felix Hernandez off the throw from Luna.

“I didn’t even see the quarterback get hit,” Hernandez said, “All I did was see the ball in the air and make a play on it.”

After a missed Montwood field goal, the Bulldogs responded with a strong six play, 80-yard drive ending with a 15-yard touchdown run by Luna to put Socorro on the board at 21-7. The defense stopped a Ram offense struggling to find its rhythm and there was some belief that the Bulldogs could stay in the game. But then, the turnover bug struck again as running back Nicholas Reyes had the ball knocked out of his hands for the fourth turnover on the night for the Bulldogs. Socorro trailed 21-7 at the break. 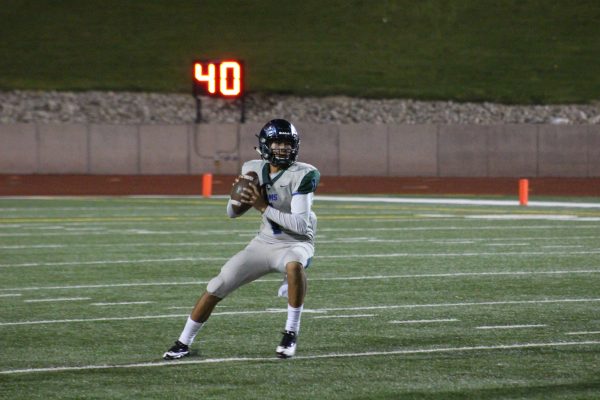 The third quarter again showed promise for the Bulldogs as they recovered an onside kick to open the second half. But again, the fumbles continued as Luna coughed it up. The Rams would convert again with another one-yard Andrew Fernandez touchdownrun to make it 28-7. The senior signal caller finished with 156 yards rushing and two touchdowns to go with 76 yards passing.

The Bulldogs would methodically run the ball and score on their best possession of the night, as Luna scored on a two-yard run on a 14-play, 75 yard drive that lasted nearly six and a half minutes. Again, it looked so close to a comeback. But Montwood star Tyreese Andrus took the kickoff back 65 yards for a score that effectively put the game away for the Rams. Montwood would add a late 34-yard field goal by Ricardo Olague to cap off the scoring.

When all was said and done, the Rams defense had forced six turnovers.

“We were able to get into the backfield tonight,” Hernandez said, “They’re tough to defend and I feel like we hung in and played well.”

For a team predicated on beating the opponent with an explosive offense, Famaligi was encouraged on what he saw on the field.

“I was really happy with how our defense hung in and forced some turnovers,” he said, “That’s one thing we’ve been emphasizing and that was really nice to see to tonight.”