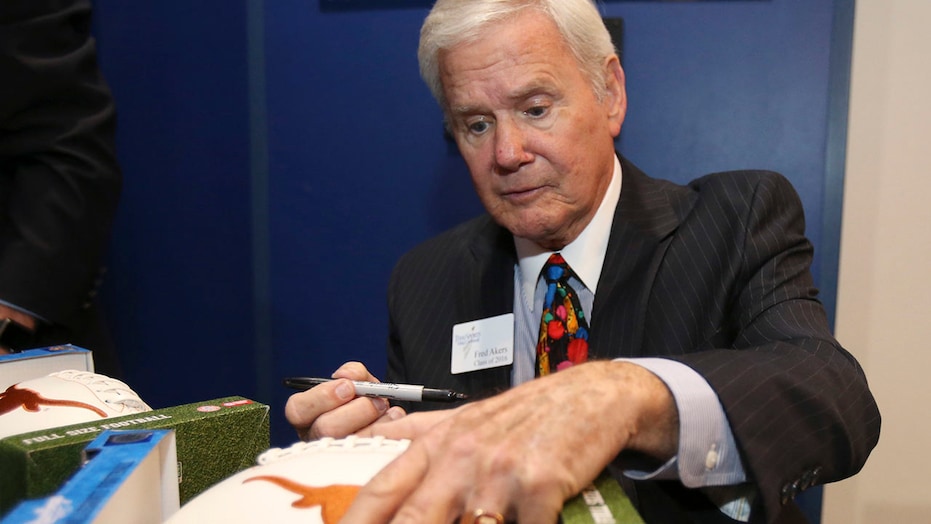 We lost a legend this week.   The former Head Football Coach for Edinburg High and the Texas Longhorns, Fred Akers,  passed away this week from complications of dementia.  He was surrounded by his family at the time in his home in Horseshoe Bay.

Akers was born in Arkansas and played college football for the Razorbacks.  He was a halfback, kicker, and punter.  After college, he began his long coaching career in the state of Texas.

Akers was an assistant at Port Arthur before taking over as Head Coach at Edinburg High in 1963 at the age of 24.   His team went 19-9-1 in his three years.  He then went to coach Lubbock for a year before landing the Offensive Coordinator position for the University of Texas under coach Darrell Royal.  While at UT, he helped introduce the “Wishbone Offense,” which was an innovative offense involving three running backs.  The offense helped lead Texas to the National Championship in 1969 and an undefeated 1970 season.

Akers left the Longhorns to become the Head Coach for Wyoming.  Two years later, when Royal retired from UT, Akers came back to Texas to take over as Head Coach.  He was a controversial pick, as Royal wanted the Defensive Coordinator but a coaching search led by Governor Shivers picked Akers.

Akers improved the Longhorns right away with several good seasons.  He recruited Earl Campbell, who won the 1977 Heisman Trophy.  Akers had Texas on the doorstep of a National Championship multiple times, twice being ranked #1 going into the Cotton Bowl, but they lost both times.  Akers led Texas to two SCC Championships, and his 86 wins rank him third all-time in coaching victories for Texas behind Royal and Mack Brown.  After coaching for the Texas Longhorns, he went on to coach Purdue for four years before retiring from college coaching.

Fred Akers is a Texas football legend, and he will be missed.