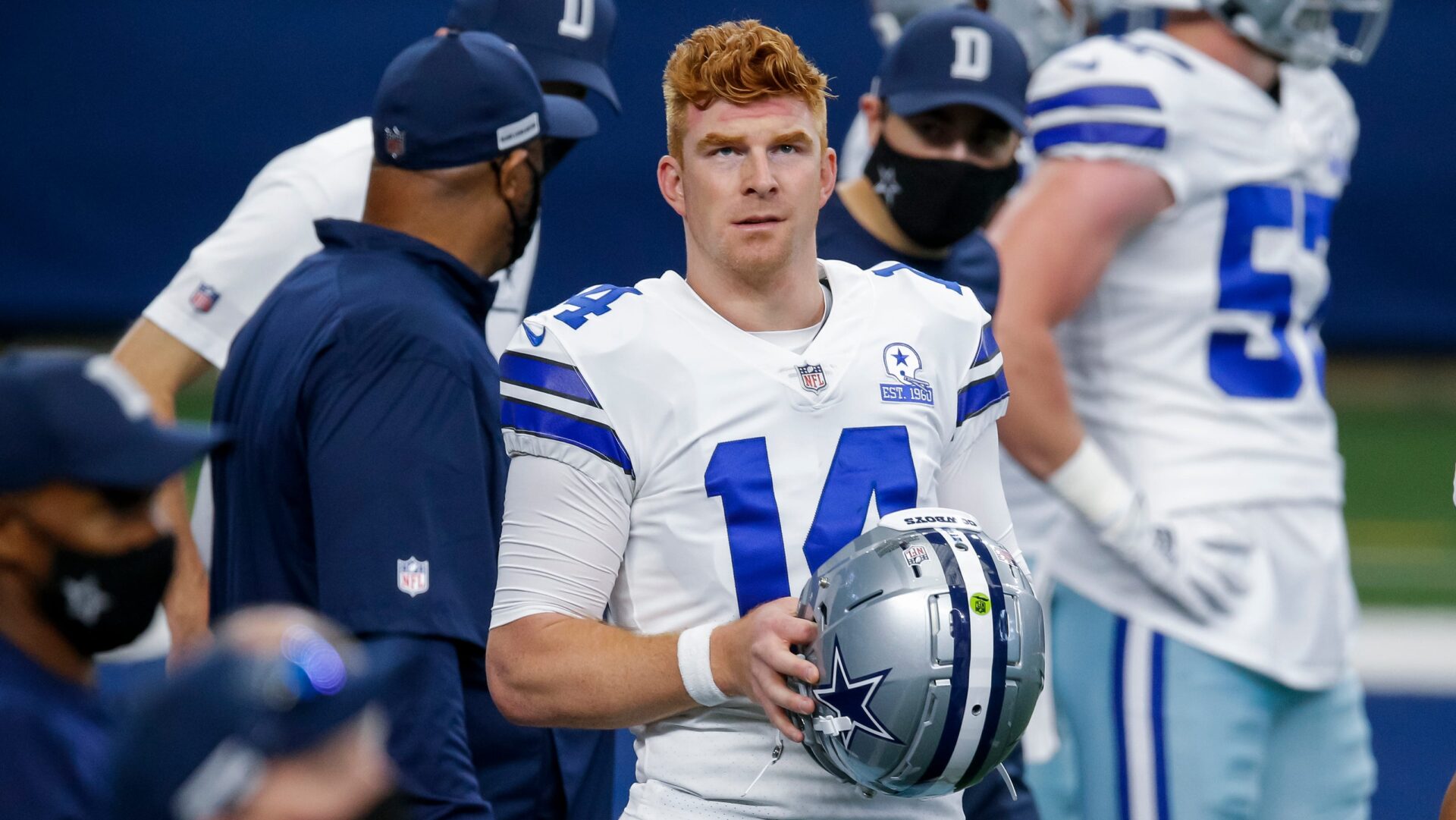 Andy Dalton returned to the Cowboys after missing time from a concussion due to the hit from Jon Bostic and missing time from having the Coronavirus.  He gave the Dallas offense a boost that they very much needed.

Dalton got the start for the 2-7 Cowboys against the Minnesota Vikings.  2-7 is a horrible record, but in the NFC East, it put them within a game of first place in the division and a playoff birth.  Dalton got Dallas off to a great start, leading them down the field on their first drive and connecting with Ezekiel Elliott for a 6-yard touchdown.  After the Vikings took a 7-6 lead, Dalton led the Cowboys on two second-quarter scoring drives. He connected with rookie standout CeeDee Lamb for a 4-yard touchdown, and Greg Zuerlein added a 19-yard field goal to give the Cowboys a 16-7 halftime lead.

The Cowboys offense sputtered in the third and early in the fourth quarter and the Vikings took a 21-16 lead, but Dallas took the lead right back on a 42-yard run from Tony Pollard.  The Vikings responded, with a go-ahead touchdown from Kirk Cousins to Justin Jefferson for a 28-24 lead.   The Cowboys got the ball back for one last drive, and the Red Rifle led them to the go-ahead score.  With 1:37 to go, Dalton hit Dalton Schultz for a 2-yard touchdown and the Cowboys secured a 31-28 win.

Dalton finished 22 of 32 for 203 yards and 3 touchdowns. He was helped by a Dallas running game that totaled 180 yards.  The Cowboys are now 3-7, tied with the Giants and Redkins in the division and a half-game behind the Eagles due to a tie the Eagles had against the Bengals earlier in the year.  They play each team one more time and also face a Bengals team that will be without Joe Burrow.  If Dallas can go 4-2 in their last 6 games, or maybe just 3-3, they could win the division and make the playoffs.