Florida quarterback Kyle Trask has the Heisman Trophy hype going in Gainesville after throwing for six touchdowns in a 63-35 win over Arkansas on Saturday at The Swamp.

The Manvel graduate completed 23 of 29 passes for 356 yards to go along with his six scores.  Florida (5-1, 5-1 Southeastern Conference) held its spot as the No. 6 ranked team in the latest Associated Press College Football Poll after the route of Arkansas (3-4, 3-4).

Burrow set that mark in 15 games at LSU last season, however, COVID-19 would limit Trask to 12 games if the Gators finish out their regular season schedule with no cancellations, play in the SEC Championship Game and then a bowl game. 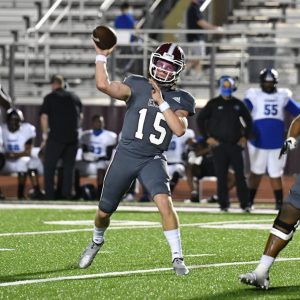 Klein Cain vs. Bridgeland Season Opener to be Broadcast on National Television

Mullet’ing It Over: Quinn Ewers Considering Cashing In And Skipping His Senior Year