From the Bleachers: Be Practical and Follow a Great Plan 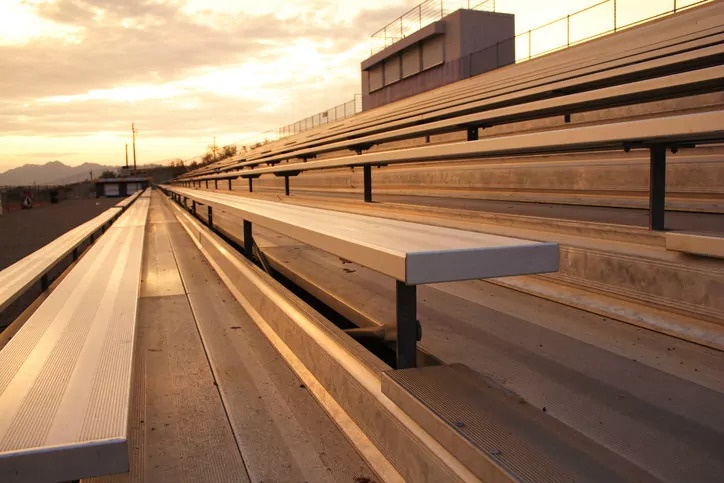 We are told that we are what we think.  Is that realistic?  If I think I am a great player, does it make me one?  Of course, the answer is no but I think life is remarkably like an echo.  You get back what you put in.

People say to be practical.  When I think about this verse and then how it applies, a story that comes to mind is about the great running back Jim Brown.  After a game where Brown rushed for over 230 yards, he was asked how he gets himself motivated for a game.  I love his answer.  He said before a game, he visualizes himself running each play.  He would see himself making the catch, breaking out for a big run.  He continued to say he visualized running around, over, and through tacklers.  When the game was over, he said he did what he had envisioned.

Coaches have an enormous influence on the teams they coach.  Their attitude and the way they talk about their team will have great influence on their season.  Their positive talk and thinking will influence everyone they encounter.  More importantly, the coach will demonstrate what he says through actions.

I am convinced the power of the mind has a monumental impact on performance.  Therefore, people become what they think about.  We must place positive thoughts in our brain.  Think about Philippians 4:8 and dwell upon the words.  Make a list of good things, worthy things to dwell upon.  We must remember thoughts are like seeds planted in the brain.  Not only do they grow fruit, but they replenish and multiply.

The talk that flows from our mouths tells the story.  Proverbs 18:21 says, “The tongue has the power of life and death, and those who love it will eat its fruit.”  The tongue has power to take us to life or bring us to death.

Our words affect what we and others around us do.  Everyone thought the Packers had gotten old in the 1960’s and could no longer compete in the NFL.  The great Willie Davis was known as Dr. Feelgood.  Everyone around him would repeat how he talked.  Willie knew exactly what Solomon meant in Proverbs 18:21. With an older lineup, the Packers won the 1965, 1966, and 1967 world championships.  Every time someone would ask how he was feeling, Davis would answer he felt great.

Thought For The Week:

“If the coach insists upon hard play, but clean play, the team will do likewise.”

Dr. Jack Welch is a college football coach.  He has a doctor degree in education and has been an administrator and football coach for 40 years.  He can be reached at [email protected]