The Future of Football: Save The Player, Save The Game

For many of us football is in our blood, and here in Texas it’s a deeply rooted and an integral part of our lives and communities.

For the last few years the game of football and the NFL have been under a serious attack with a firestorm of stories ranging from CTE (Chronic Traumatic Encephalopathy), kneeling for the Anthem, not kneeling, current players agreeing and disagreeing with the new rules of the game, Loss of “quality of life” for players after the game to a much too high suicide rate for retired NFL players.

Why we need to save this game is simple in my opinion. There is no other game on the planet that teaches young men how to be a man better than football. I do realize that there are other team sports, but football is unique when it comes to teaching self-discipline, teamwork and the benefits of hard work like football does. It takes a great amount of courage to play this game. Not just courage to step out on the field. I’m speaking more of the courage it takes to withstand the rigors of being a part of football team.

A team striving together through the drudgery of workouts and training  that reveals and develops the characteristics that we hope all of our young men embody.

As with anything else in life, you will have your “bad apples”, but in general football is unique and worthy of our time and effort to protect its players, and preserve the game. I’m not totally disregarding any other team sport, I’m simply stating in my opinion that football in and of itself is the ultimate team sport.

Where do we begin?

How do we save this game that we all love? In my opinion, the answer comes in a phrase that I often use that football itself needs to undergo a “culture of change”. Personally, I have withstood my own struggles after playing in the NFL so this topic is in fact deeply rooted and personal. It’s roots, and the seriousness of this topic stretch down even further as my now 12-year-old son Enzo tells me about his dreams of one day playing in the NFL.  As a former player and father of a young player with big dreams I feel I have a responsibility to make sure these problems are solved. My hope is that every parent out there with a child playing this game joins in on this discussion.  Collectively we are better and smarter. Together, lets begin.

Where do we start?

Unlike any other time in history we have the people, technology, companies and thought leaders converging on this subject.  We absolutely must begin with protecting todays players. Lets state the obvious….football is a violent game and there is nothing wrong with that.  In fact, that is major part of what players and fans enjoy about this game. However, in todays world we can do it better and smarter than ever. Starting here does not mean the issues of former players aren’t important. I’m simply stating that it is todays players who need to be addressed first.

The number one concern is concussive blows to the head. We now know of a direct link between NFL football and CTE (Chronic Traumatic Encephalopathy). We also know that each level down from the NFL the risk of acquiring a concussion lessons to a degree. Throughout this series and discussion we want to acquire real actionable answers to help prevent concussive blows at any level, as well as discover the thought leaders and companies that are leading the way. 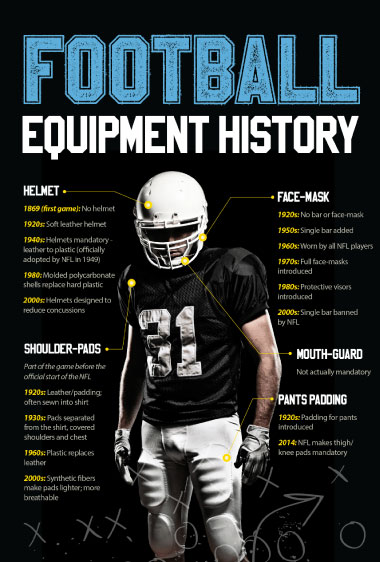 In this series we will be exploring the people, technology and companies that are leading the way in concussion prevention.  We are going to dispel myths and get straight to facts. We’ll take a deep look at unbiased studies and discuss.   We will explore rule changes, and the changes in how the game is itself played and practiced. As part of this “culture of change” discussion we will also talk about being injured and what actually happens behind the scenes with players. Which will include a section on a question I was once asked by a coach, “are you hurt or are you injured?”

Best Ever NFL Players From Texas