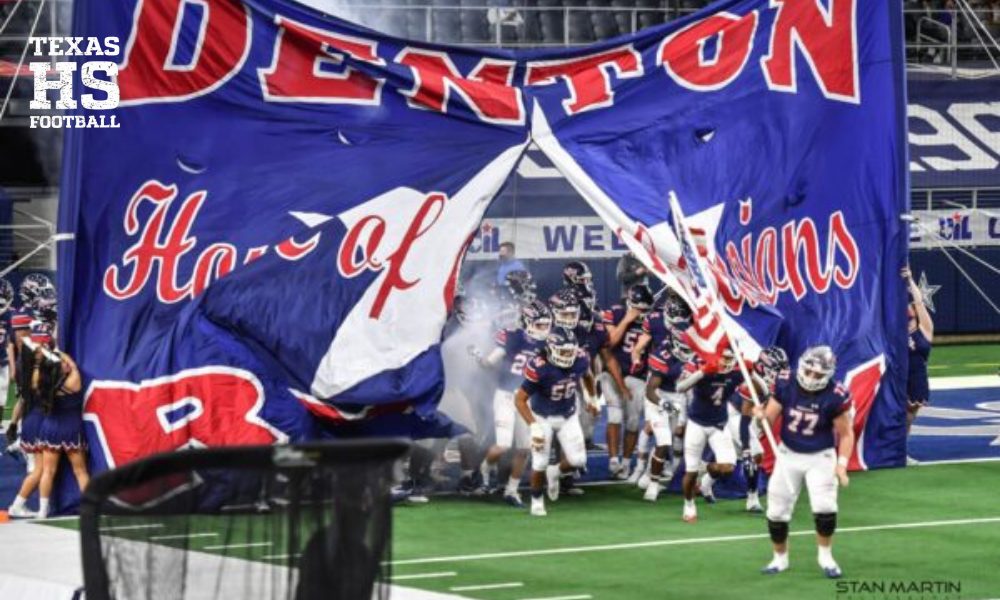 After suffering their first regular-season loss in 60 games to Denton Guyer last week, the Denton Ryan Raiders wanted to move on and get off to a good start in district play.  While not as dominant as they might have hoped, the Raiders got the win over Frisco Reedy Friday night, 28-10 in Denton.

Denton Ryan Back on Winning Track

Reedy got on the board first, with a nice 75-yard drive, capped off by a TD run from Rice commit, QB AJ Padgett.  After trading punts, Denton Ryan tied it at seven with a Kalib Hicks TD run.

Reedy followed up with another good drive, moving the ball well on the Ryan defense.  With a 4th and 1 on the Ryan twenty, they opted to kick the field goal, which gave them a 10-7 lead. Ryan immediately countered with a touchdown on their next drive, as Kalib Hicks ran it in from 43 yards.

Reedy continued to hang with the Raiders, but late in the first half, Padgett was picked off by Anthony Hill Jr., and Hill took it to the house for a 21-10 Ryan lead.  Hill, who has multiple Power 5 offers, showed once again why he’s considered one of the top linebacker prospects in Texas.

The second half was fairly uneventful.  Neither team moved the ball particularly well.  A Padgett interception late in the third quarter led to a Hill Jr. touchdown run, and Ryan held on for the 28-10 win.

Hicks is the Star of the Offense

Hicks was once again the offensive star for Ryan, rushing for 209 yards and the two touchdowns.  The running back currently has several offers including Colorado and Missouri.