He is Coming Home 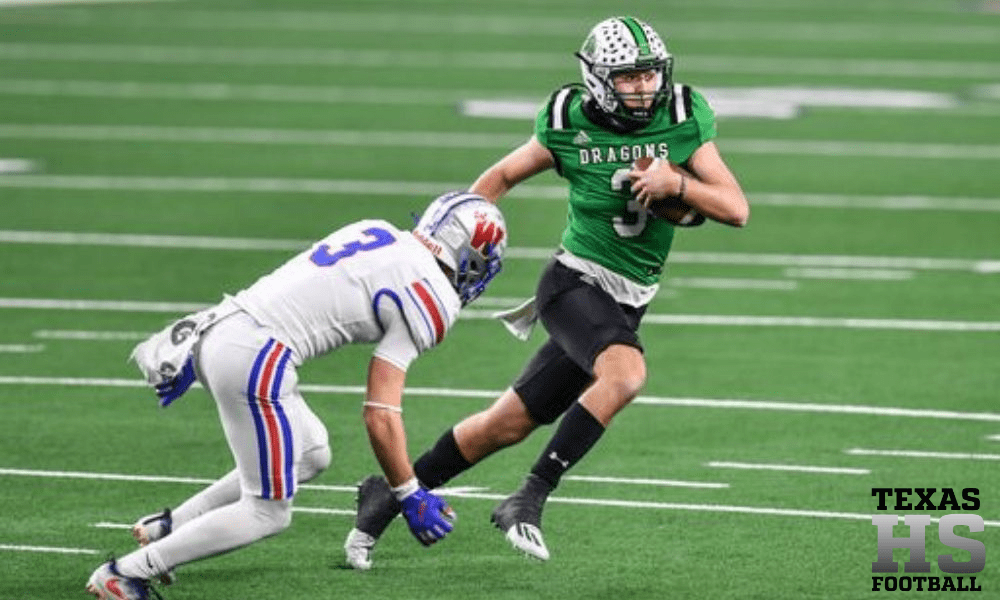 Former Southlake Carroll quarterback, Quinn Ewers, announced via Twitter last night that he is coming home to Texas. Ewers will be a Texas Longhorn next season.

Ewers originally committed to Texas, but following the coaching change from Tom Herman to Steve Sarkisian, Ewers decommitted. He then committed to play at Ohio State.  Then, NIL happened.

As the top-rated player in the 2022 class, the NIL money on the horizon for Ewers was huge. Considering that, amongst other things, Ewers decided to forgo his senior year of high school and enroll early at Ohio State. However, Ohio State did not go as expected.

It was always a long shot that Ewers would play for the Ohio State Buckeyes this season as he joined the team just prior to the start of the 2021-2022 season. However, the Buckeyes QB job was up for grabs. But, the starting job was won by a fellow freshman, CJ Stroud, who went on to lead Ohio State to a 10-2 record and Stroud was a Heisman Trophy finalist. This meant Stroud would be the starting QB for two more seasons. With it looking like Ewers would be a backup, at best, for two more seasons, he entered the transfer protocol.

In his short time at Ohio State, Ewers was very popular in Columbus, Ohio. While he did cash in on some larger national NIL deals, local companies were quick to work with him. Rick Ricart, the Owner of the most well-known auto dealership in Columbus Ohio, worked a deal with Ewers and featured Ewers in social media videos.

Ewers is now headed back to his home state. It is a move most speculated might happen most of this year. There is no doubt that local companies will be lining up to align themselves with Ewers.

He joins a Longhorn team that is pulling in a lot of great new talent, including what looks like to be a top offensive line. We’d expect him to be the starter for their season opener next year on September 3rd against the ULM Warhawks. With Bijan Robinson in the backfield, wide receivers like Jordan Whittington, and an improved offensive line, the addition of Ewers might make the Longhorns one of the best offensives in football.

And last, but certainly not least, we expect to see a massive increase in the number of beautiful blonde mullets around Austin next year.

Good luck Quinn! We’re glad to have you back!